This week we're on the fence about: James Blunt's Auschwitz joke, Kathleen Hanna hating on Gaga and more Muppets 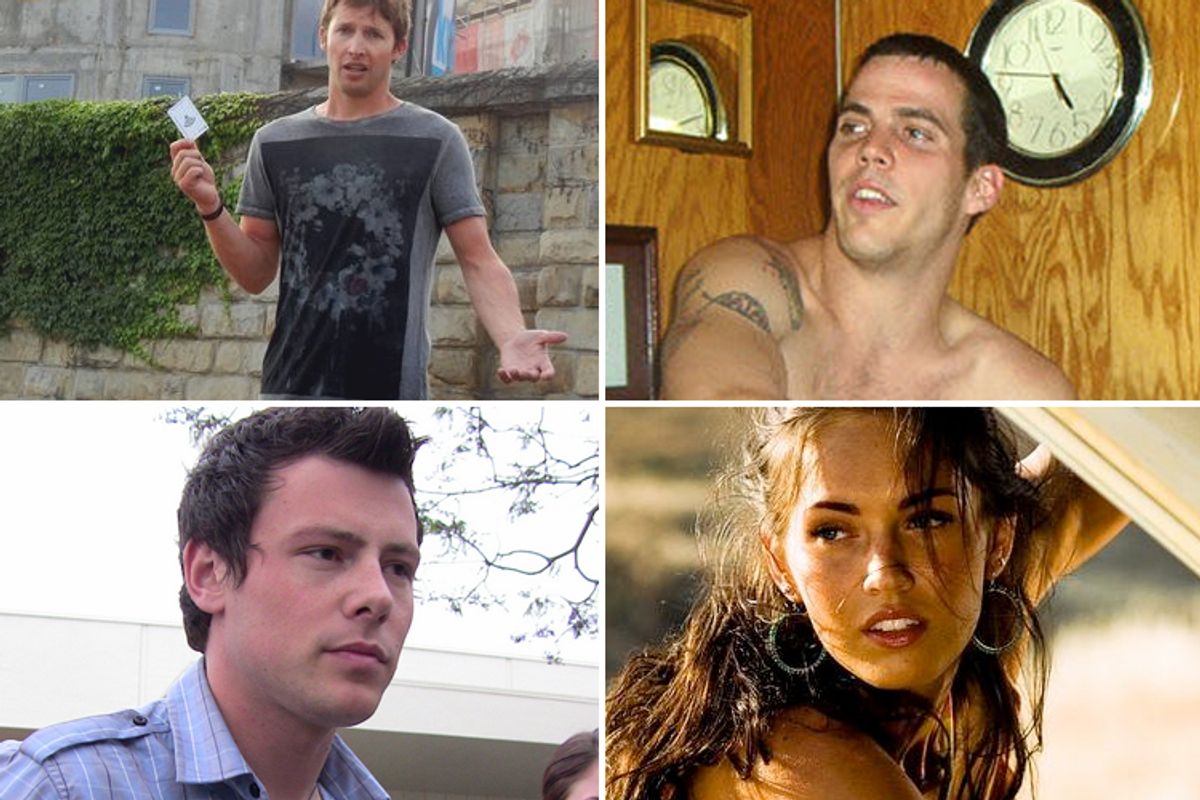 While this may seem like the week of awkwardness and homophobia (sadly, it's also Pride Week), we can't forget about all the great Holocaust and Hitler references used by celebs recently, or the surge in rehab stories following Ryan Dunn's death. Great job, everyone.

1. Justin Bieber and Tiffani Thiessen have a creepy crush on each other: As evidenced by the shirts the two wore to Canada's MuchMusic Video Awards, bearing each other's faces. Bieber was born one year after "Saved by the Bell" went off the air.

2. James Blunt's blunder: Put a photo of himself on Facebook in front of a historical building near Auschwitz, then claimed it was his "hotel in Poland." 4. Megan Fox loses support: We've already covered why the actress was fired from "Transformers," but now her biggest supporter, Shia LaBeouf, has even admitted that it was the Hitler comment, not her "woman empowerment stuff," that caused director Michael Bay to can her. The description makes the movie sound like a Scottish fairytale told by your fairly drunk uncle. You know what, I don't care. Sign me up for two tickets, please.

6. "Jackass" star escaped Ryan Dunn's fate: You could have put money on the reckless Steve Glover (aka Steve-O) being the first one of the "Jackass" kids to die tragically. But he is now sober, thanks to the support of Johnny Knoxville and the rest of the cast, and is talking openly about his drug use for the first time in interviews.

7. "The Muppets" get official trailer: I would say there are officially too many trailers for this movie, but when it comes to the Muppets, there is no such thing as too many anything.

8. Summer journalism, at its finest: Maura Kelly's piece for Slate "Why Are Air Conditioners So Heavy?" is neck and neck with the New York Time's style profile last week on Far Rockaway's hip "Rocapulco" scene. (Please don't call it that.)

9. The real cost of the royal wedding: The demand for the morning after pill tripled in Northamptonshire the weekend after Kate married William. America's rates of emergency contraceptive stayed approximately the same.

10. Most surprising rehab celeb story: "Glee's" Cory Monteith, opens up to Parade magazine this week about hitting rock bottom at age 19.  "I stole a significant amount of money from a family member," said the actor who plays Finn on the Fox show, "I'm lucky on so many counts -- I'm lucky to be alive."