The violent new war on the rat

The rodents aren't just pests, they're ecological disasters. An expert explains how scientists are fighting back 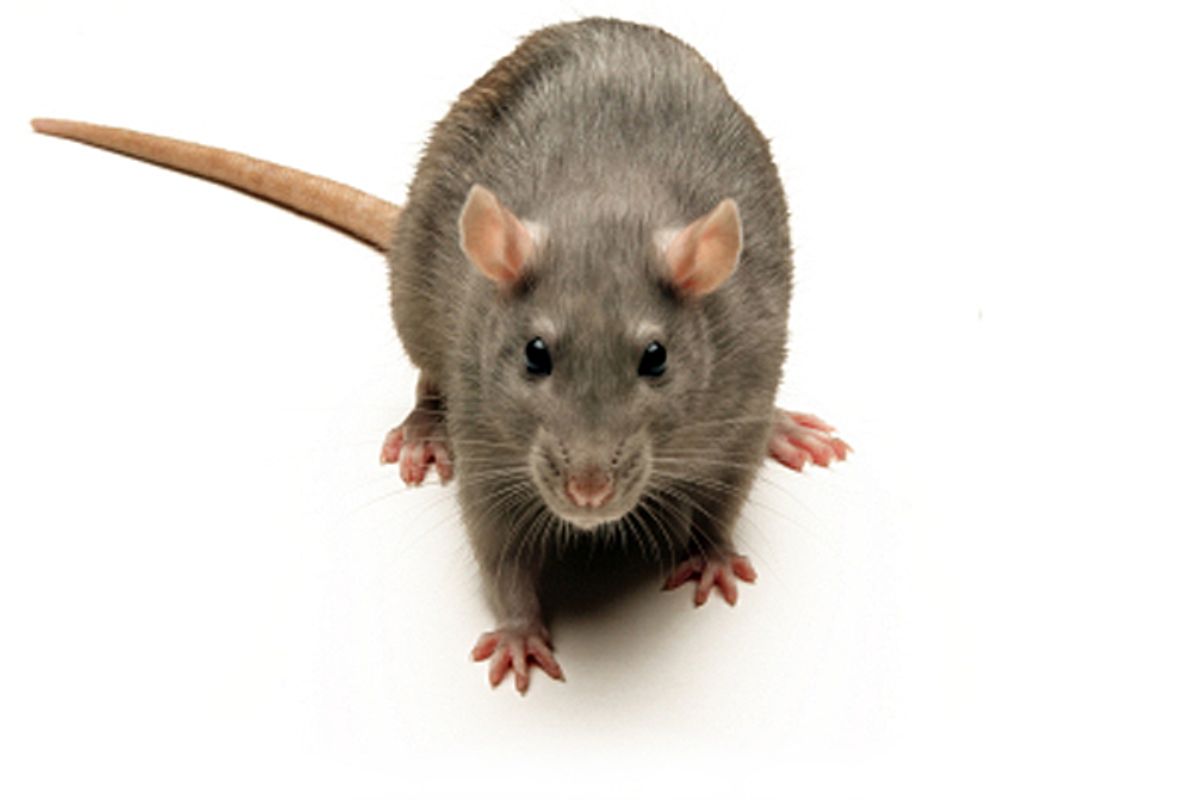 In his dystopian science fiction novel "1984," George Orwell described the rat as "the worst thing in the world." His protagonist, Winston Smith, is not alone in his fear and loathing; musophobia, or the fear of mice and rats, is one of the most common phobias known to man. Anyone who's spent a decent amount of time in a major city has at least a couple of horror stories involving rodents (or in the case of New Yorkers, six to 12). As upsetting as it may be to spy them scuttling along your local subway platform, the havoc wrought by infestations on the island of Manhattan pales in comparison to that of the ecologically fragile archipelagos in the Aleutians and New Zealand.

In his new book, "Rat Island: Predators in Paradise and the World's Greatest Wildlife Rescue," wildlife writer William Stolzenburg reveals that these feral little beasts, most of which have been introduced to the islands by man, are destroying native bird populations one pilfered egg at a time. The stakes are higher than they may appear. Many of these rodent transplants threaten to drive several species to extinction and quicken our planet's already rapid rate of biotic impoverishment. Stolzenburg offers a fascinating, if occasionally grisly, peek into the emerging science of preservation through eradication, as conservationists scattered across the five oceans have begun independent campaigns to save their islands' endangered species from one of our greatest biological weapons: the rat.

Over the phone, we discussed the ethics of extermination, the ways in which rodents (even rats) are often misunderstood -- and the perilous state of our planet's biodiversity.

Where is Rat Island and how did it earn the moniker?

Rat Island is a real place that exists in the Aleutians. A couple of centuries ago, a shipwrecked rodent or two swam ashore, and they've pretty much been eating their way through the island ever since. When conservationists began focusing their attentions on the archipelago, they decided this would be the first of the Aleutians [rat populations] they'd try to exterminate. There are many different islands in the area that are infested, but for logistical purposes, it stood out as the best target to make their first rat eradication experiment.

At this point, most people have come to terms with the idea that our ecosystems have been compromised in one way or another. Why should we care about these islands?

By compromised, I assume you mean altered by humans. It's true that we've left our footprint, either directly or indirectly, on every habitable speck of earth. We've triggered ecological chain reactions by our obliteration of species, and we've touched every organism on the planet through our radical modification of the atmosphere. But just because it's too late to avoid leaving a footprint, it doesn't mean we can't try to tread more lightly. There's a difference between stepping and stomping. These islands are important because they harbor nearly half the planet's roster of endangered species on just 5 percent of its landmass. And finally, we should care about these exterminations for the sake of our own moral compass. Most of us may never have the supreme fortune of meeting the inimitable kiwi, or witnessing the otherworldly flight of a million auklets on Kiska Island. But both are miracles that will leave the world and every human soul spiritually poorer by their absence.

What do these eradication campaigns tell us about the global state of biodiversity?

I see Rat Island as a hope and a harbinger for the larger world we've been tampering with. Until recently, its silence has functioned as a kind of metaphor for the growing number of extinctions that have been sweeping the planet. People need to be cognizant of the fact that we're destroying life forms at a breakneck pace. We're up against the wall, and we're going to have to take some unpleasant measures to restore what's been lost.

How do the ecological threats posed by rats compare to natural disasters like the Exxon Valdez or BP oil spills?

People who have devoted their lives to this kind of research seem to think the rat is far worse. However bad an oil spill may be, things can repair themselves over time. The curse of the rat is eternal; once it's found its way to an island, it will eat and breed until it's completely destroyed the seabird populations that nest ashore.

Why are we so terrified of rats?

I've asked that question myself and never gotten a satisfactory answer. We tend to fear big carnivores because there was a time in our evolution when these were our central predators. There's still a lot of guesswork going on with the rat. I think some of it is an inherited psychological trauma that dates back to the Black Plague. When a disease wipes out a third of the planet's population, you tend to sit up and take notice of its carriers. Part of the fear and disgust is cultural. Fairly or not, the rat has become the symbol of inner-city poverty because the poor and the homeless are the ones who are typically bitten. Aesthetically, I know a lot of people have problems with the naked tail.

Far be it from me to try and defend the little sucker, but is it possible that the rat gets a bad rep?

Researching the book, I've found rats to be smart and curious creatures with a number of redeeming qualities. In one of the studies I reference, biopsychologists hooked their rodent subjects up to a set of sensors that could record certain squeaks that were too high-pitched for the human ear to detect. They had lab researchers reach into the cages and play with the rats, rolling them over repeatedly and generally tickling them all over. Sure enough, they discovered the high-pitched squeals to be joyful shrieks of laughter. An article about the experiment appeared in the scientific press describing the noises as expressions of joy, an emotion that was previously only associated with higher animals like chimps and dogs. The study is a reminder to those who are killing tens of thousands of rats in these campaigns that extermination is not a job they should be taking lightly. These invaders are sentient, feeling creatures that did not choose their villain's role. We set them up, and now we're gunning them down. It may be our moral duty to exterminate these creatures, but it's also our responsibility to do so with respect and the least amount of suffering we can provide them.

How did this idea of violently eradicating alien invaders come about?

It really didn't start taking form until the 1970s or '80s, when people realized it could make a serious impact on an island's ecosystem. Before that, it was assumed that once you had rats or other invasive predators, you were pretty much stuck with them. It all began with the development of a new poison called brodifacoum, a second generation of [anticoagulant] warfarin that was used to treat human patients for thrombosis. Chemists realized that if you fed too much of this anticoagulant to a person, they would bleed to death internally. They said to themselves: "Aha! I bet we could turn this on the rats." Once they figured out how to make a really good rat poison, they started learning how to use it on the smaller islands of New Zealand. They began by laying bait on little, three-acre plots and have since graduated to helicopters that can coat much larger territories. Lo and behold, they found that they could destroy an island's entire rat population.

Why is the rat's extermination so vital to the survival of fauna on archipelagos like the Aleutians and New Zealand?

Most of the creatures that have evolved on these islands have done so in isolation. This means few competitors and even fewer predators. After several generations, birds like the kakapo in New Zealand eventually had no more use for their wings and became flightless. As a result, they've become incredibly susceptible to island predators. Many of these sea birds came to these archipelagos so they could raise their chicks without having to worry about the threat of rodents, felines and canids. The ocean waters offered an impenetrable wall of protection. The arrival of man and his accompanying critters has completely transformed the ecology of these islands.

But mass killings? Isn't there a more humane alternative, like introducing a natural predator to offset some of the damage caused by these animals?

The fear is that experiments like these tend to throw gasoline on the fire. It might seem like a decent idea to put animals like weasels on islands with small rats, but rats can be pretty testy adversaries. It wouldn't take long for a predator to realize that there's much easier prey to pursue -- usually the very species conservationists are trying to protect. Scientists tend to shy away from these forms of biological control because the risk for an embarrassing backfire is extremely high.

How have organizations like PETA responded to these kinds of initiatives?

I don't think that PETA gets so upset any more about these animals. If you're a nonprofit trying to grow support for your organization, the rat just doesn't make a good poster image for a rescue initiative. They do tend to take issue with the killing and poisoning of cats. On St. Nicholas Island, which I neglected to mention in my book, conservationists rounded up feral felines by nonlethal means in order to satisfy PETA. Ultimately, animal rights organizations are a lot more vocal with their complaints about eradication when they involve a creature that's more appealing to the general public.

Taking all of this into account, why is the rat's claim to these islands any less valuable than that of the birds? Aren't we interfering with the process of natural selection? I like a kiwi and a kakapo as much as the next guy, but what if it's their time to go?

You can call these eradications instances of man playing god, but so was our arrival on these archipelagos in the first place. The very fact that these interlopers have become living, thriving islanders is evidence of our meddling. Conservationists who have taken it upon themselves to do something about it have come to the conclusion that drastic times call for drastic measures. They realize that we risk losing several life forms that have been thousands of years in the making at the expense of an animal that's global in distribution and clearly going to be around no matter what. Speaking for the exterminators, if conservationists and biologists sit back and let these rats take over, they'll be abdicating their duty to defend the diversity of life on Earth.

I know the set of concerns is very different, but can you ever envision exterminations like these taking place in a major metropolis?

Rats are mainland animals, so while they pose a risk of human injury, chances are that they're not causing all that much ecological damage to a city. Whether or not it would be worth a broad scale measure to eradicate these creatures becomes more of a societal question than an environmental one. On an island, you know that you can wipe out an entire animal population. Success on the mainland can be a little harder to gauge. The other thing to note about these exterminations is that they usually take place on locations that aren't very heavily populated. People tend to blanch at the prospect of having helicopters dumping big loads of poison on their heads.