Mitt and Michele rope in 23 and 22 percent of likely voters, respectively 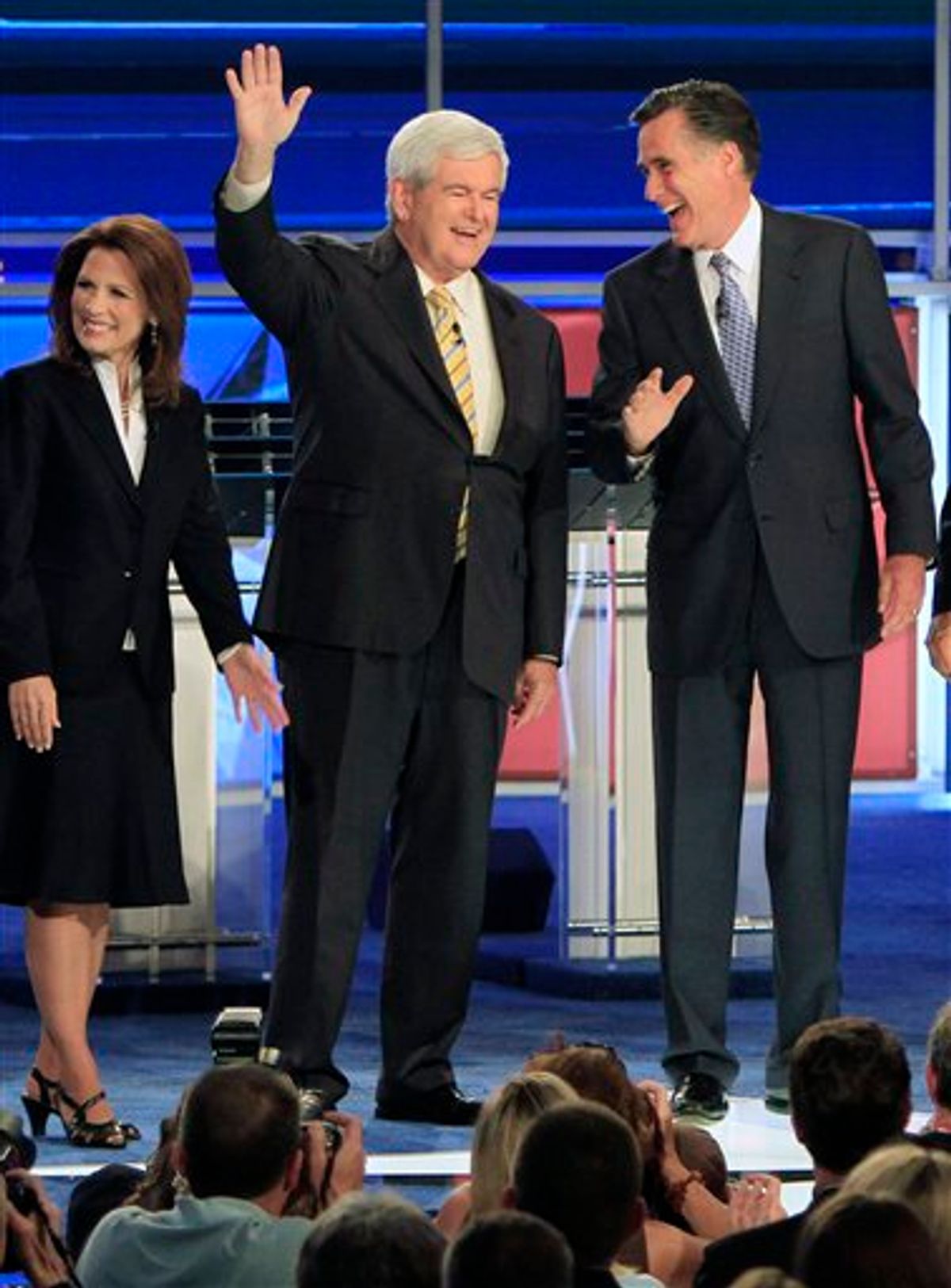 The poll conducted for The Des Moines Register shows Romney, the former Massachusetts governor, with support from 23 percent in Iowa. Bachmann, the Minnesota representative who plans to launch her campaign in Iowa on Monday, has support from 22 percent.

Romney was the No. 2 finisher in the caucuses in his bid for the 2008 GOP nomination. Bachmann is a three-term congresswoman and newer face in the 2012 White House mix.

The results are based on telephone interviews with 400 likely Republican Iowa caucus-goers from June 19 to 22. It has a margin of error of plus or minus 4.9 percentage points.

Romney has said he plans to run a scaled-down Iowa campaign, compared to the all-out, $10-million effort he waged for the 2008 caucuses.

Tim Pawlenty has been the most aggressive about campaigning in Iowa, having lined up top Iowa and national consultants, been a frequent visitor to the state and ran the 2012 campaign's first Republican candidate television advertisements last week.

However, only 6 percent of Iowa Republicans expected to attend the 2012 caucuses prefer the former Minnesota governor as their choice, according to the poll.

Former Pennsylvania Sen. Rick Santorum has 4 percent, followed by former Utah Gov. Jon Huntsman, who has said he will not campaign in Iowa, with 2 percent.