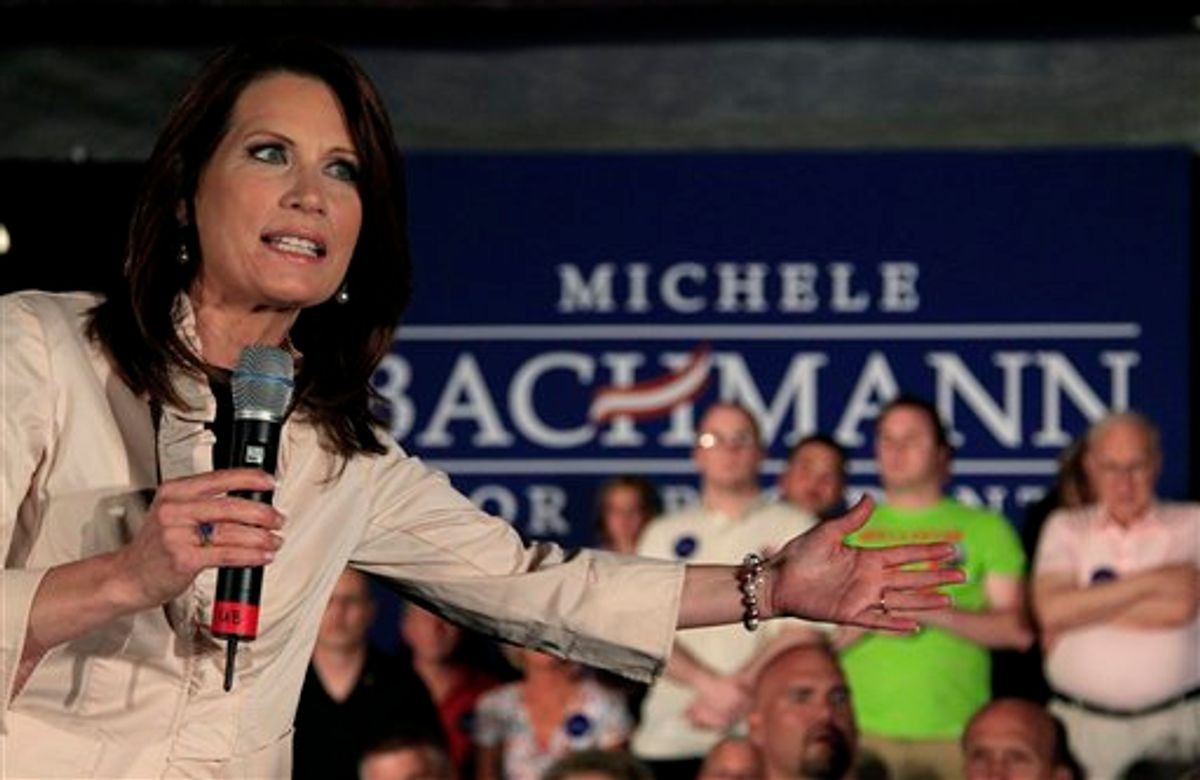 When the presidential hopeful appeared on Wallace's Sunday morning show, the host asked her, "Are you a flake?"

A ruffled Bachmann responded that the question was "insulting" and delivered a litany of her achievements -- the achievements of a serious person:

I'm 55 years old. I've been married 33 years... I'm not only a lawyer, I have a post-doctorate degree in federal tax law from William and Mary. I've worked in serious scholarship … my husband and I have raised five kids, we've raised 23 foster children. We've applied ourselves to education reform. We started a charter school for at-risk kids. I've also been a state senator and member of the United States Congress for five years.

Take that! Wallace swiftly put up a web video on Sunday, apologizing for his question, noting "A lot of you were more than perturbed, you were upset and felt that I had been rude to her." Here's the apology, via Mediaite:

But Bachmann was having none of it. When asked on ABC News by Jon Karl whether she accepts Wallace's apology, the Minnesota congresswoman said, "I think that it's insulting to insinuate that a candidate for president is less than serious":

And so, on Monday Bachmann did the most serious thing of all: She announced her presidential run.