A guide, for Michele Bachmann 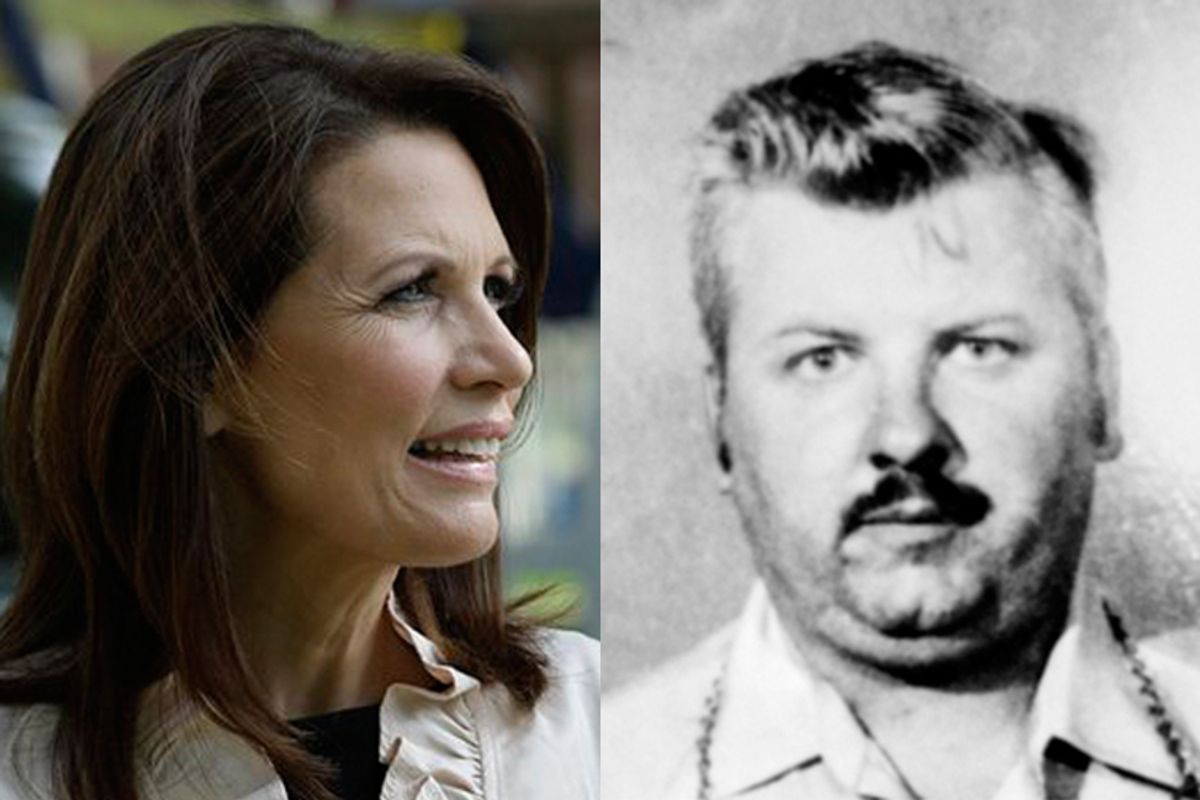 Mrs. Bachmann grew up in Waterloo, and used the town as the backdrop for her campaign announcement, where she told Fox News: "Well what I want them to know is just like, John Wayne was from Waterloo, Iowa. That's the kind of spirit that I have, too."

Maybe the evangelical wingnuts who've taught Bachmann that the Founding Fathers engineered the end of slavery despite dying some years before the Civil War also have some sort of oddball Christian history lesson about where John Wayne was really from, but it seems more likely that Bachmann just misremembered where John Wayne was born. (Her supporters will now begin reminding people of the time President Obama said "57 states" or whatever, and while that was kind of funny, it was not as funny as accidentally wishing to live in the world of a serial killing clown.)

Some helpful advice for Bachmann:

What crazy thing will Michele Bachmann say next! (What she will say next is "thank you" to all the liberal blogs for publicizing this.)