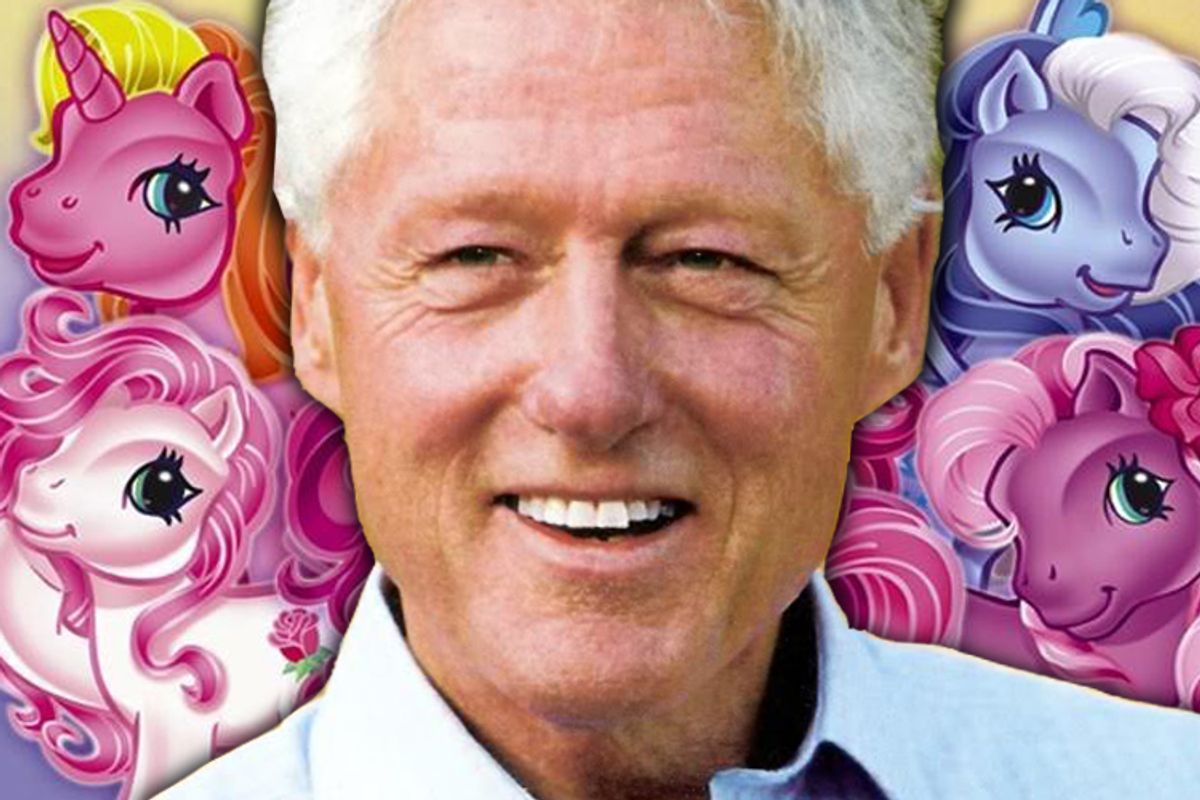 While it's not unusual to hear the voice of President Clinton on National Public Radio, listeners would probably expect to hear that Arkansas drawl during an interview with Scott Simon, or on "Talk of the Nation," answering questions about globalization. But this weekend Clinton was on NPR being grilled about an entirely different type of topic: namely, his knowledge of My Little Pony.

As part of Peter Sagal's "Wait Wait ... Don't Tell Me!" quiz show, Clinton was asked three questions about the cartoon in a segment called "Not My Job." He totally nails it, too.

(The quiz starts at the 7-minute mark)

I don't know what's creepier, some of the multiple choice answers they throw at the former president ("The right to mate" is never going to be the correct response to a question about cutie marks), or the fact that he actually knows the answers.