Is Russell Crowe right about circumcision?

The star called the practice "barbarism," but the latest research points to potential health benefits 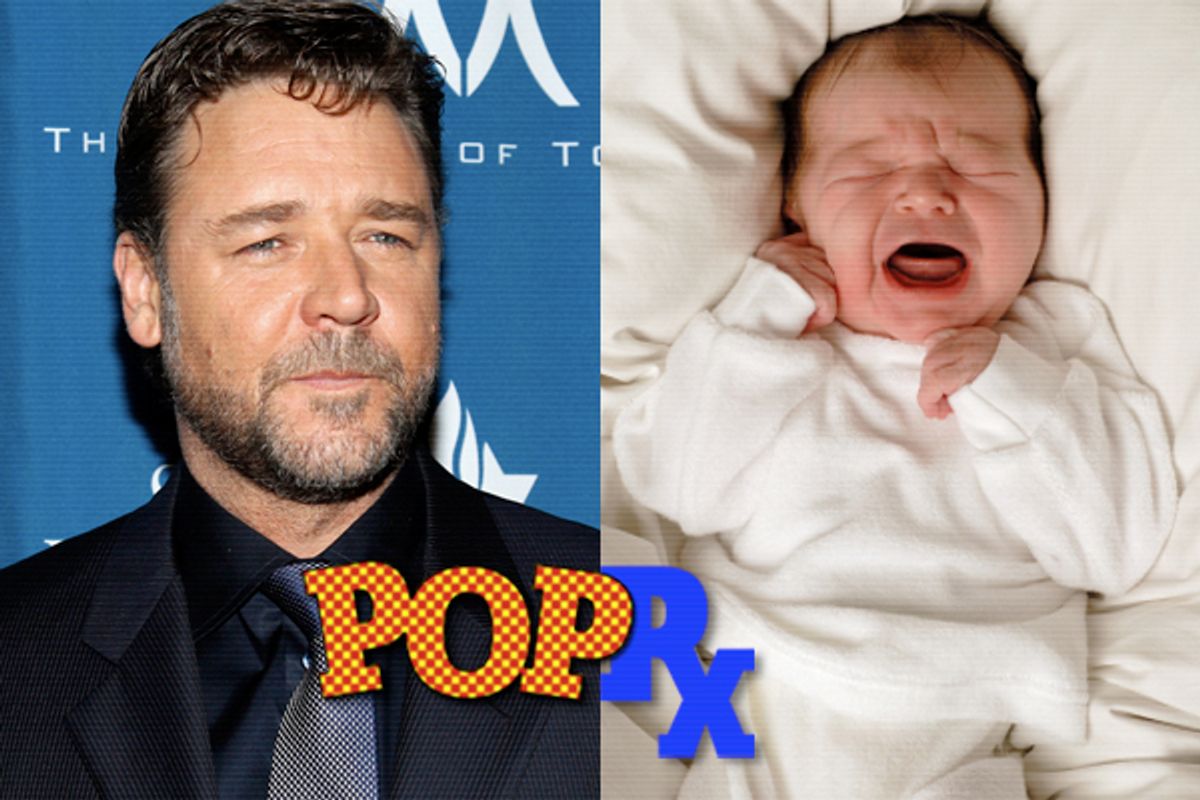 Two weeks ago, Russell Crowe made headlines not for his work as an actor, but for throwing himself into the heated circumcision debate. He ended a vitriolic Twitter rant against the practice with these words: "if u feel it is yr right 2 cut things off yr babies please unfollow and f**k off, I'll take attentive parenting over barbarism." The star's tirade -- and the various reactions to it -- reflects the issues that have transformed this practice into a cultural lightning rod. Despite being the most common medical procedure performed on children, circumcision generates so much controversy that most doctors and medical organizations throughout the world refuse to take a firm stance on its medical merits. Instead, physicians chalk up the choice to one of "family values."

As a pediatrician who, as it happens, does not perform circumcisions, I too have remained agnostic about the practice. I've treated countless baby boys, both circumcised and not, and I've never seen any severe complications resulting from the procedure. (As a rule, complication rates are very low, occurring in 0.2 percent to 0.6 percent of all cases.)

But in contrast to the studied neutrality of the medical profession stand the swarms of citizens and activist groups leading the fight to discourage or even ban circumcision. Most argue, like Crowe, that it mutilates boys, inflicts needless pain and suffering, and leads to psychological suffering and decreases sexual pleasure. A quick Google search will turn up sites like Restoringforeskin.org, where men hunt for ways to regain their foreskin and discuss the deep emotional pain they suffered from losing it. The more bigoted sect of the movement has even given rise to its own pop culture sensation: the comic book superhero, Foreskin Man. It's hard to ignore the story's anti-Semitic and racist overtones: The plot centers on a blond-haired blue-eyed protagonist who saves infant penises from the clutches of the evil (and obviously Jewish) Monster Mohel.

Yet despite the rising tide of the anti-circumcision movement, recent research is beginning to paint a different picture: At least in certain circumstances, circumcision is a healthy choice, and perhaps public health officials and doctors like me should be discussing its potential benefits with parents.

While earlier research has pointed to possible medical merits of circumcision, the most powerful evidence comes from three separate studies published in 2007. The research focused on whether circumcision protected heterosexual men in Uganda, Kenya and South Africa from HIV infection. The studies looked at 10,000 HIV negative heterosexual men over a period of two years. Participants were randomly placed into one of two groups: one group got circumcised and the other did not. These kinds of studies are called randomized controlled trials and provide the best and most persuasive results -- the closest thing to scientific truth we have. The results indicated that men in the circumcised group were 50-60 percent less likely to become infected with HIV than their uncircumcised counterparts. That effect was so astounding that researchers stopped the trials early because they felt it would have been unethical not to offer the uncircumcised men the option of undergoing the procedure.

As a result, the World Health Organization and United Nations program on HIV/AIDS announced their support of circumcision as a method for reducing the risk of HIV in heterosexual men. And, even while the anti-circumcision movement heats up in other parts of the world, the practice has become a popular trend among grown men in parts of Africa. Even the president of South Africa, Jacob Zuma, got circumcised to encourage his fellow countrymen to undergo the procedure.

In 2009, two randomized trials in Africa examined the relationship between circumcision and the risk of contracting genital herpes. As was the case with HIV, both studies showed substantial protective effects of circumcision in heterosexual men: those who had the procedure were 28-34 percent less likely to become infected. Further studies in Africa concluded that circumcision cut men's chances of contracting human papilloma virus (HPV), a virus that can cause penile cancer in men and cervical cancer in women.

That makes three serious diseases that circumcision may help prevent. Still, critics continue to raise objections. While some arguments are little more than conspiracy theories ("the results were fixed to favor circumcision!"), other critics have more rational reasons for their skepticism. For example, all the trials involved heterosexual men in Africa. However, HIV in America is often spread through drug use or gay sex, modes of transmission not addressed in these studies.

Yet, there is evidence that circumcision may be the safest option for certain high-risk populations in the U.S., especially for African-American men in the inner cities. In Washington, D.C., for example, heterosexual exposure is fast becoming the leading mode of HIV transmission; it now accounts for 38 percent of incident cases among people 13-24 years. In a study of 394 clinic patients in Baltimore with known heterosexual HIV exposure, 22 percent of the uncircumcised men contracted the disease compared to 10 percent of the circumcised men. While these studies suggest that circumcision could be beneficial, further randomized tests will likely be needed.

As for the persistent claim that circumcision reduces sexual pleasure, studies from Africa showed no differences in satisfaction between the group of men who had undergone the procedure and the group that had not.

Regardless of the increasing evidence that the procedure may have health benefits, anti-circumcision arguments appear to have, over time, influenced parents against it. In 2008, about 56 percent of newborns in the U.S. were circumcised, compared to approximately 85 percent in 1965. Some of this may be related to our changing demographics -- 42 percent of Mexican Americans are circumcised compared to 88 percent of non-Hispanic white men -- but that trend has held up even in more homogenous Western nations.

And some of these countries have taken the anti-circumcision movement very seriously. Last year, the Royal Dutch Medical Association became the first organization of its kind to officially declare that the procedure is not only medically unnecessary but also an abuse of the rights of the child. The group stopped short of advocating a legal ban for fear that it would drive circumcision underground, but the hope is that a concerted effort by doctors to discourage parents from circumcising their babies could wipe out the practice entirely. Closer to home, San Francisco recently added a ballot measure that, if passed, would outlaw circumcision in the city.

So what are new parents supposed to do? At this point, many of us are waiting for clearer guidance from the same medical groups that have, thus far, remained largely silent on circumcision. The American Academy of Pediatrics is still in the process of issuing new guidelines, which were last published over a decade ago. However, the American Urological Association, following the lead of the WHO and the U.N., has recommended that circumcision be presented as a healthy option to parents. As for the real risks of circumcising a newborn boy, they include mild bleeding, swelling or pain after the procedure has been completed. Rare risks include scarring or narrowing of the urethra that can require surgical repair. It's also important to stress that circumcision is not the best way to prevent any sexually transmitted infections. Abstinence, condoms and now the HPV vaccine are certainly more effective. The extent to which circumcision could affect the rates of such diseases in populations where parents have access to these options remains to be seen.

But the biggest barrier for families may not be the policy statements of doctors, the misinformed tweets of a celebrity, or the bigoted drawings in a comic book. The most formidable obstacles of all are erected by health insurers and the government. Medicaid does not cover the cost of male circumcision in 16 states, a lack of coverage that disproportionately affects disadvantaged minorities. The result is that rates of circumcision are declining and are lowest among black and Hispanic patients, groups with unusually high rates of HIV, herpes and cervical cancer. Our policies are limiting the options of those who would stand to benefit most from circumcision. That's injustice worth tweeting about.