How not to protect our drinking water: Prohibit the EPA from regulating new mining technologies 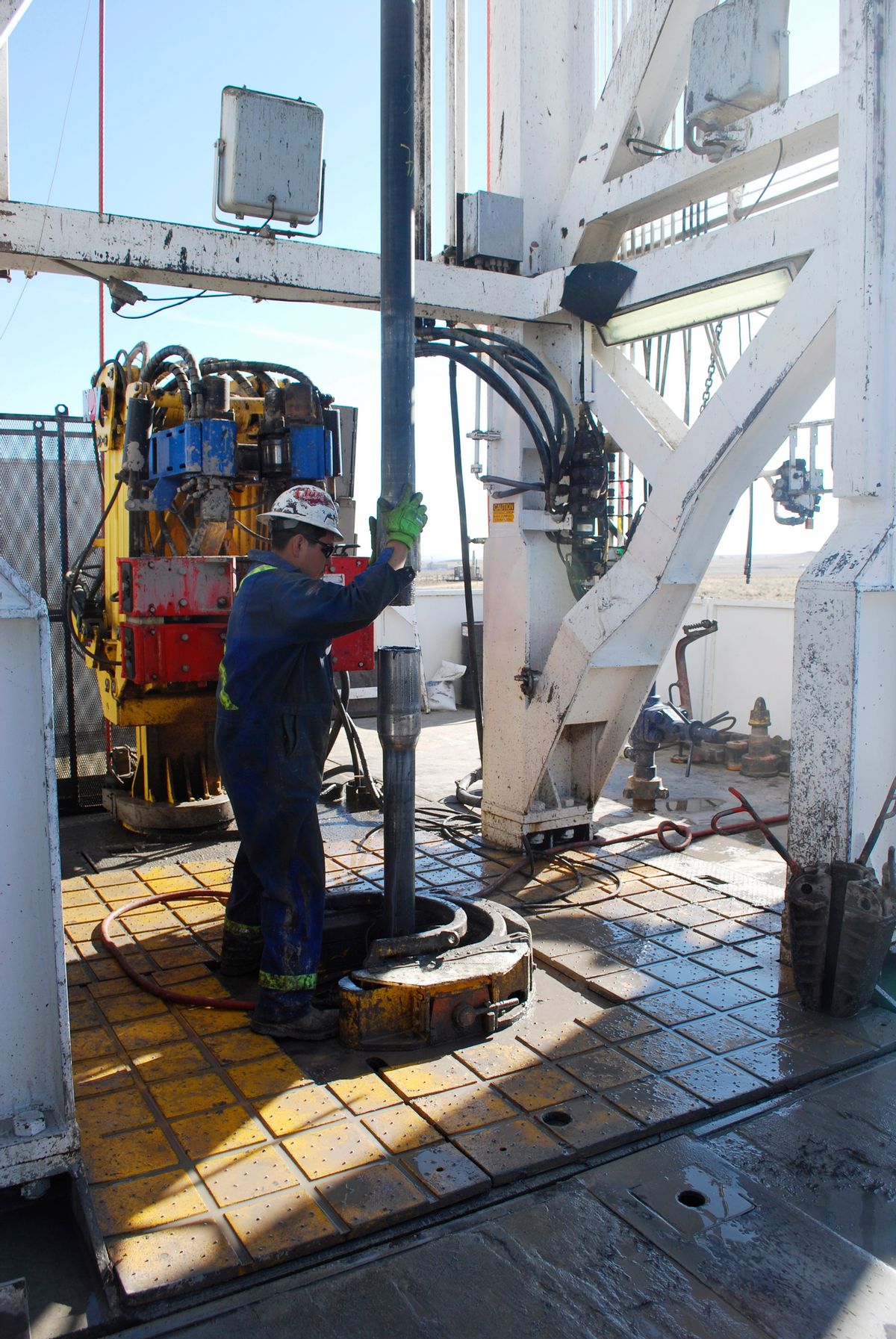 A worker at EnCana's Frenchie Draw gas-drilling rig in central Wyoming guides sections of steel pipe into an 11,000-foot well on September 19, 2009. People living near gas drilling facilities in states including Pennsylvania, Colorado, New Mexico and Wyoming have complained that their water has turned cloudy, foul-smelling, or even black as a result of chemicals used in a drilling technique called hydraulic fracturing, or "fracking." To match feature ENERGY/FRACKING-WATER REUTERS/Jon Hurdle (UNITED STATES SCI TECH ENVIRONMENT) (Reuters)
--

"Hydrofracked: One man's quest for answers about natural gas drilling," by ProPublica reporter Abrahm Lustgarten, is the best story I have seen so far about the potential environmental dangers posed by "fracking" -- the relatively new practice in which huge quantities of water and chemicals are pumped underground to mine for natural gas. After reading Lustgarten's fair and thorough reporting, it's pretty clear that fracking technology is much more of a threat to drinking water supplies than the industry would like us to believe.

Which makes the following nugget all the more enraging:

Politicians who supported the industry had tried for years to exempt fracking from the Safe Drinking Water Act, the 1974 law that regulates the injection of waste and chemicals underground. The EPA's 2004 study was used to justify that effort. With the help of then-Vice President Dick Cheney -- the former head of Halliburton -- President George W. Bush's landmark energy legislation, the 2005 Energy Policy Act, included a provision that prohibited the EPA from regulating fracking under the Safe Drinking Water Act. Regulation would be left to the states, many of which had underfunded agencies, looser standards and less manpower than the federal government.

Perhaps my imagination is limited, but I am struggling to think of anything more appropriate to be regulated by the EPA, under the auspices of the Safe Drinking Water Act, than a process in which vast amounts of toxic chemicals are injected deep in the earth. Half a decade later, no less a regulation-hating state than Texas found itself passing a law requiring frackers disclose what chemicals they employ when extracting gas. That kind of thing seems like something that maybe should have been required from the outset, rather than years later -- but I guess we should be familiar with the pattern now. Congress proactively exempts some potentially dangerous practice from federal regulation -- like, say, credit derivatives -- and then scrambles for cover after the inevitable disaster.