Why I don't celebrate gay pride

I've always been a lesbian. Why should I act like it's an accomplishment? 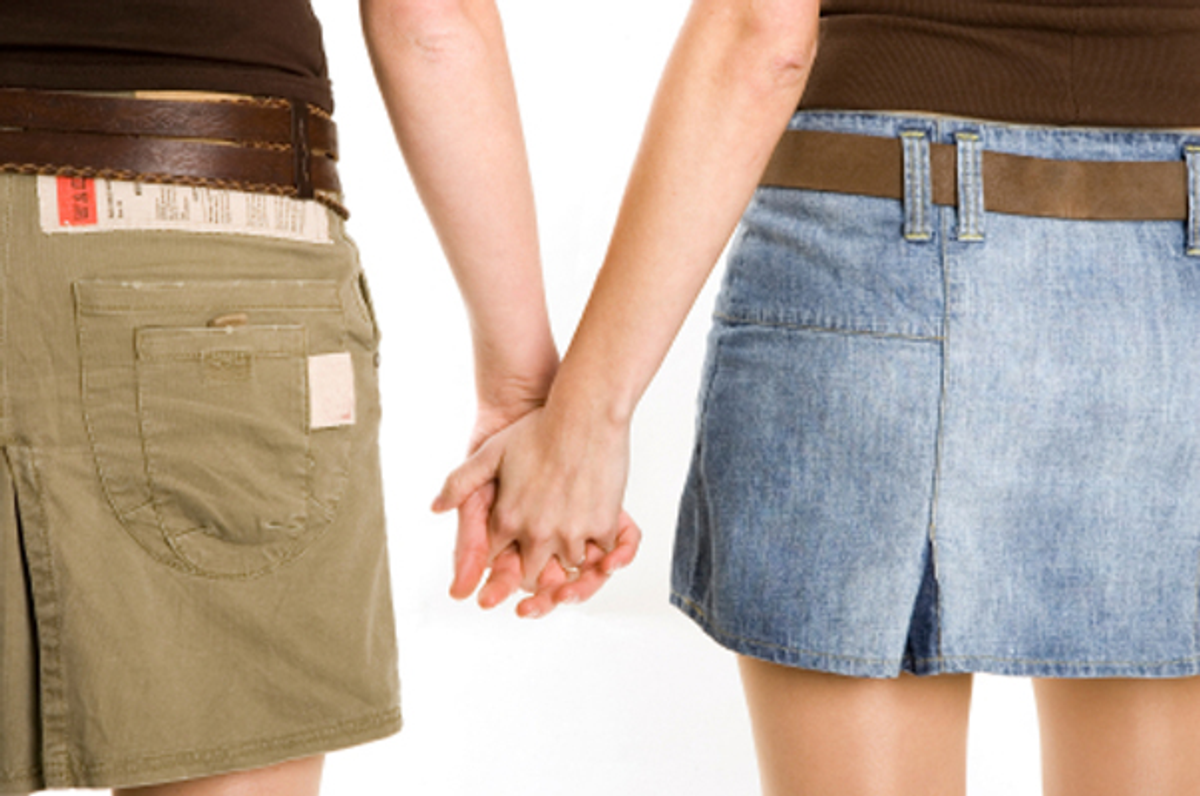 I've always felt conflicted about the idea of "gay pride." The standard definition of pride is "a feeling or deep pleasure or satisfaction derived from one's own achievements."

Being gay is something else. I didn't "become" a lesbian; it's not some goal that I achieved. I've known I was attracted to other women since the moment I hit puberty. The only difference, compared to the experience of my heterosexual peers, was that I found myself as the one girl who liked other girls when every girl I knew liked boys. This made me question my feelings and led to years of confusion because, like every adolescent, I wanted to be like everyone else. But I never did anything to become a lesbian. I just always was.

So why do my fellow gays gather each June to parade through the streets singing YMCA on floats filled with women dressed in chaps and men dressed as Cher to celebrate something they couldn't help being in the first place?

I understand that oppressed minorities need a community to feel acceptance until they become integrated into the rest of society. But as we grow more and more accepted, as we evolve from a psychiatric case to just another person, do we still need to actively disassociate ourselves from mainstream society and our straight counterparts? Will we still need gathering places when the rest of our peers accept us in nongay bars, nongay community and nongay houses of worship?

I, for one, can say I'm really not proud to be gay. I'm not proud to be in a gay community. I'm more proud that I survived abuse as a child, that I'm on the Dean's List, and that I'm on track for my nursing degree after years of indecision. Basically, I'm proud of the things I've accomplished.

But until we are fully accepted, as long as we're bullied and denied rights, we probably will continue to seek solace in those spaces and to create our own communities that encompass so much of our lives. The same is true of any marginalized group. But I hope that my children will grow up in a world where gays are fully accepted into the mainstream.

I guess, for now, Gay Pride Month has to exist, if for no other reason than to appreciate the many people who have worked and continue to work to make the world a safer place for my younger generation of gays. It typically doesn't do a disservice to our communities to have our places, our days, our month, or even our parades. Although, I can say too many half-naked Bears on Bikes could scar anyone hoping for a simple, family-friendly parade.