Does "Dinner with Barack and Joe" break the rules? 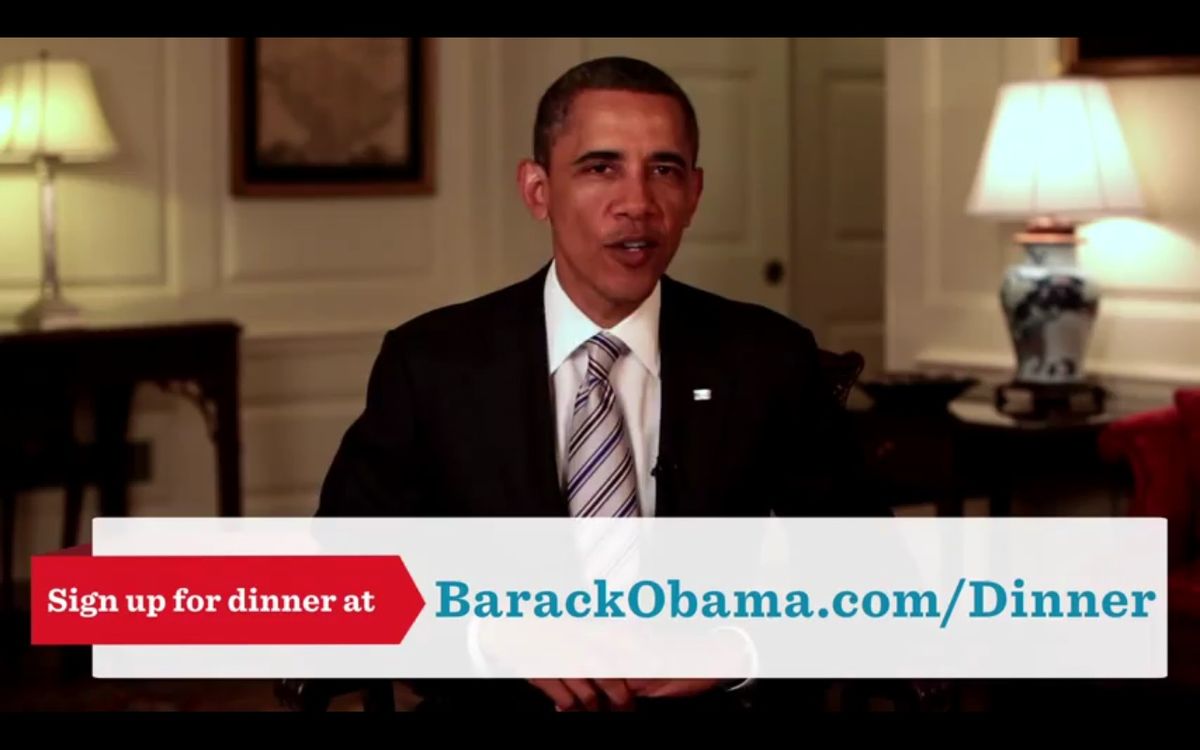 President Obama's reelection campaign released a video Monday with a simple pitch: Donate $5, enter a lottery to win dinner with the president and with Vice President Joe Biden. This is causing some controversy.

Filmed inside the White House by a DNC team, the video prompted Real Clear Politics to ask whether the law prohibiting fundraising by federal employees in federal office buildings had been violated. A White House spokesperson responded to RCP that the video was filmed in the residential quarters of 1600 Pennsylvania Avenue, which the Department of Justice distinguishes from the official rooms, and that Obama's predecessors had also filmed campaign ads in the White House:

President Bush And First Lady Laura Bush Filmed Parts Of Their Campaign Ads In The White House Residence -- The Bush Campaign pointed to 31 White House images used by the Clinton campaign In 1996 for precedent.

The White House spokesperson added that the raffle does not count as "the kind of fundraising prohibited under the law" and that the president did not make a direct appeal for donations.

"Dinner with Barack and Joe" may be a harmless way to raise some quick funds before the close of the second fundraising quarter this Thursday, but the fact that it is not "direct" solicitation is not much of a defense. After all, indirect solicitation is just the sort of thing that campaign finance laws are in place to avoid.