Trying again with the DREAM Act

Democrats launch their latest push, but will anything be different this time? 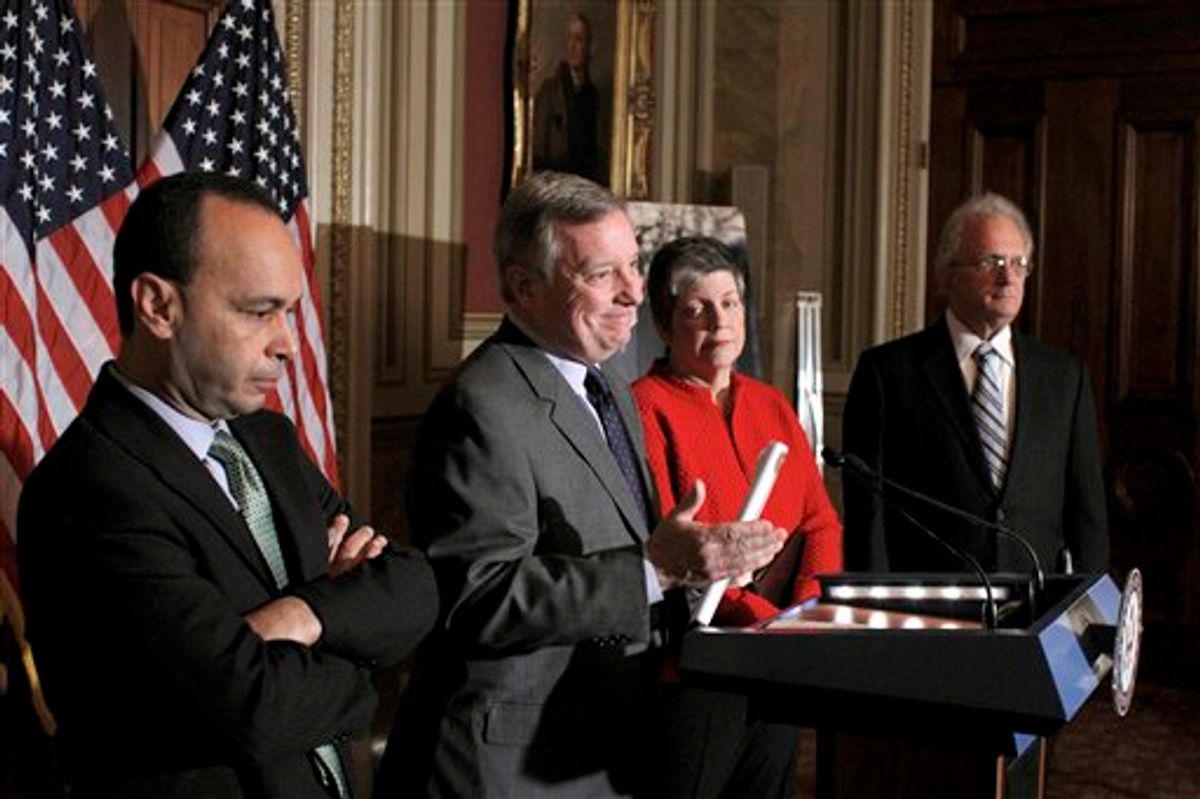 In its various permutations since 2001, the DREAM Act, which would grant a path to citizenship for children brought to the United States illegally, has certainly done the rounds on Capitol Hill. But Tuesday saw its first ever Senate hearing. According to MSNBC's Domenico Montanaro, "more than 200 people [were] in the room, including many students, who say they are undocumented and pushing for the passage of the bill."

Last December the bill failed in the Senate 55-41 (in what was its fifth roll out) and since the Republicans are now in the majority, the bill has no greater prospects this time round. However, its defenders are hoping an argument from economics might do the trick. Education Secretary Arne Duncan said in Tuesday testimony, "this is an investment not an expense."

According to Politico, "Duncan said the law would rescue the federal deficit by $1.4 billion in the next decade by making it possible for more illegal immigrants to stay in the country and pay taxes."

However, the bill still faces staunch opponents who are unlikely to budge, relying instead on the argument that beneficiaries of the DREAM Act would take away American jobs. Politico reports that Rep. Lamar Smith (R-Texas) released a statement saying that the DREAM Act would "prevent Americans from getting jobs since millions of illegal immigrants will become eligible to work legally in the United States" -- that old chestnut.