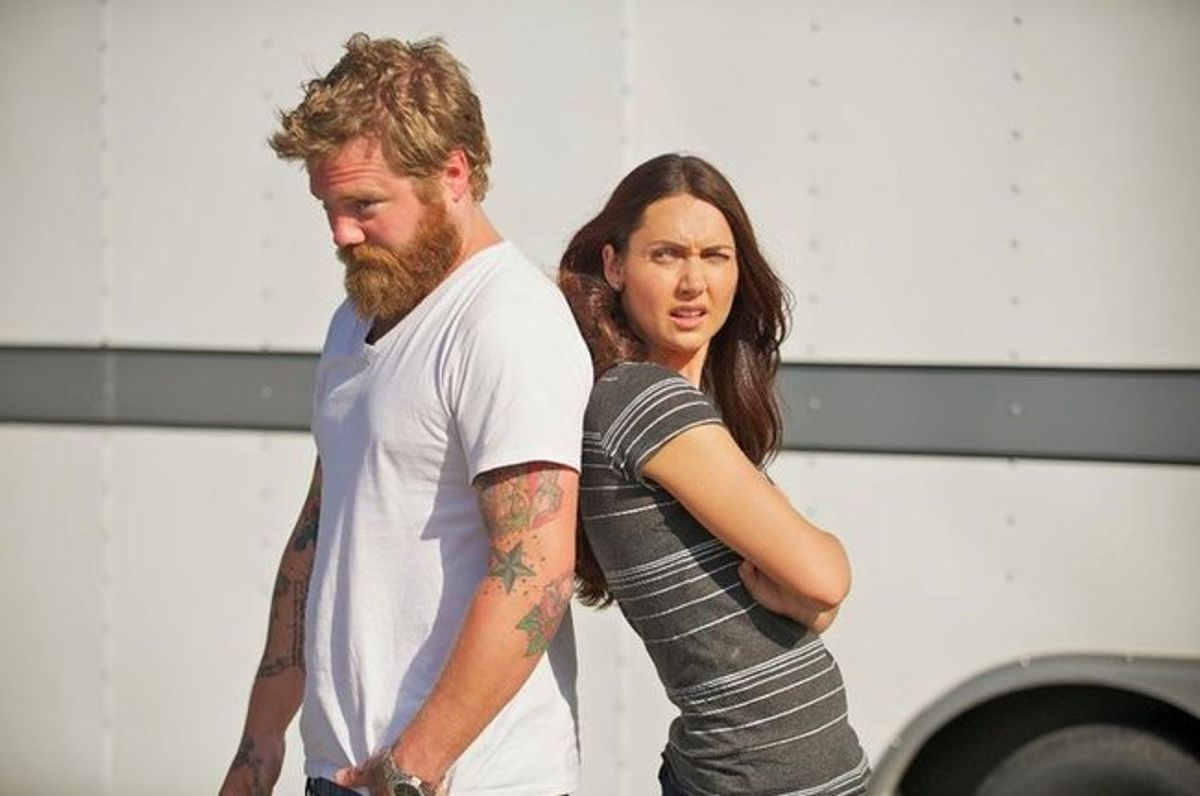 Ryan Dunn and Jessica Chobot for "Proving Ground," which will resume new episodes on July 19th.
--

Before the fatal car accident that cut short the life of "Jackass" star Ryan Dunn last week, the celebrity had already wrapped up the taping for the first season of his G4 show, "Proving Ground." The reality program, which co-starred "Attack of the Show's" Jessica Chobot, was a combination of "Mythbusters" and "Jackass": Each week the duo try to re-create the more extreme stunts from movies, TV and video games to see if they would work in real life.  These tests included building their own Mario race cart with a turbo rocket, using a flamethrower to reenact a move from "Mortal Kombat," and jumping off a bridge with what looks to be cardboard airplane wings.

"Proving Ground" premiered the Tuesday before Dunn's death, and the network initially planned to pull the plug on the show after the crash that killed Ryan and his fellow passenger, Zachary Hartwell. Dunn had been speeding at over 130 mph in his Porsche when his car careened off the road and hit a tree, causing the vehicle to catch on fire. Police have released a report that Dunn had over twice the legal amount of alcohol in his bloodstream at the time of the crash.

Yesterday, G4 announced a change of heart: It will now air the other eight unseen episodes of "Ground," beginning July 19. The series will come after a special tribute episode of "Attack of the Show," featuring Ryan's friends and family. Says G4 president Neal Tiles of the decision:

"It was important to all of us at G4 to find a way to celebrate his life and pay tribute to him. With the support of Ryan’s family, we’ve decided to air the remaining episodes of 'G4's Proving Ground’ and give his fans the opportunity to continue watching this series that he was so passionate about."

What do you think: Should a show featuring potentially dangerous, thrill-seeking stunts be used as a memorial for a man who died under the circumstances that Dunn did?