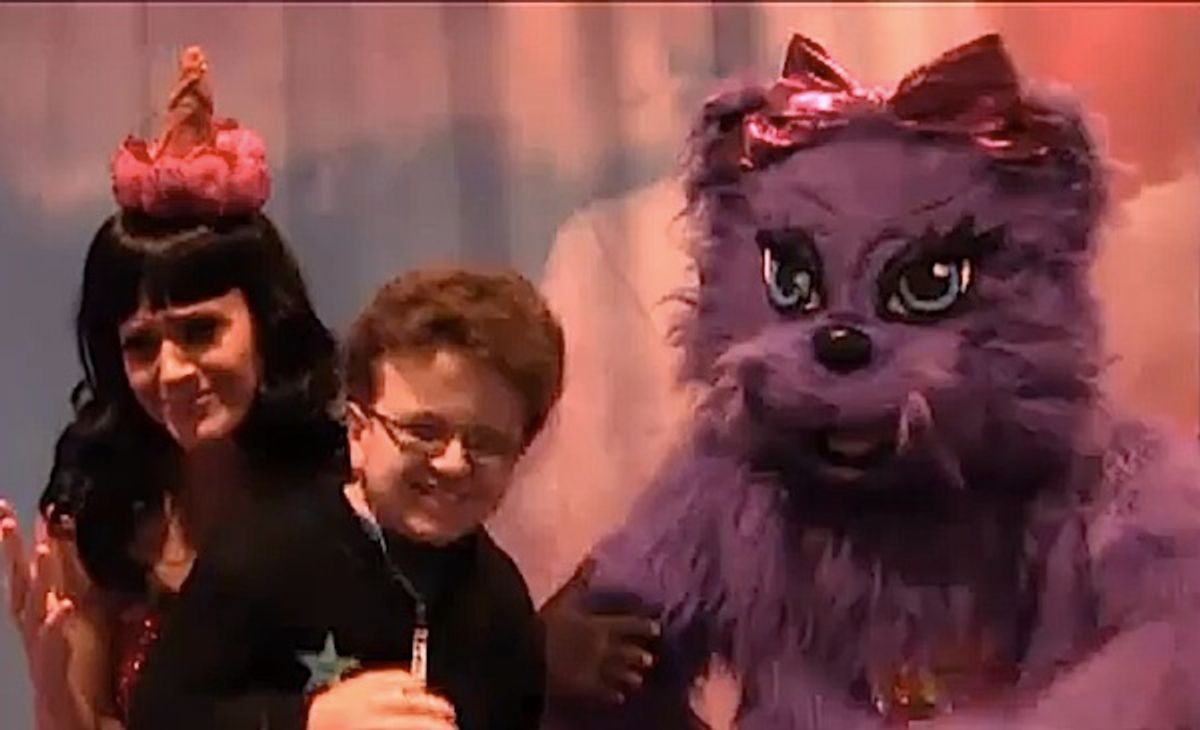 If this video doesn't warm your heart, you might be dead inside: A tabby suffering from extreme nerve damage after being hit by a car is learning how to walk again with the help of hydrotherapy.

Keenan Cahill became a viral sensation when he put up a lip-dub to "Teenage Dream" on YouTube. Now he's friends with 50 Cent and Perry herself, who invited Keenan onstage in Philly to join her in their hit song.

The Alamo Drafthouse presents a bittersweet reunion with the cast of Starz's canceled comedy "Party Down." Hear Ken Marino discuss the episodes they wish they could have done.

This amazing short film, "Splitcsreen: A Love Story," was shot entirely on a Nokia phone.

Mikala Bierma and Tyler Coates are back for a second season of their Web series "Disappointing Gay Best Friend," tackling the stereotype that gay men have to be fun.