How big was the Big Man? 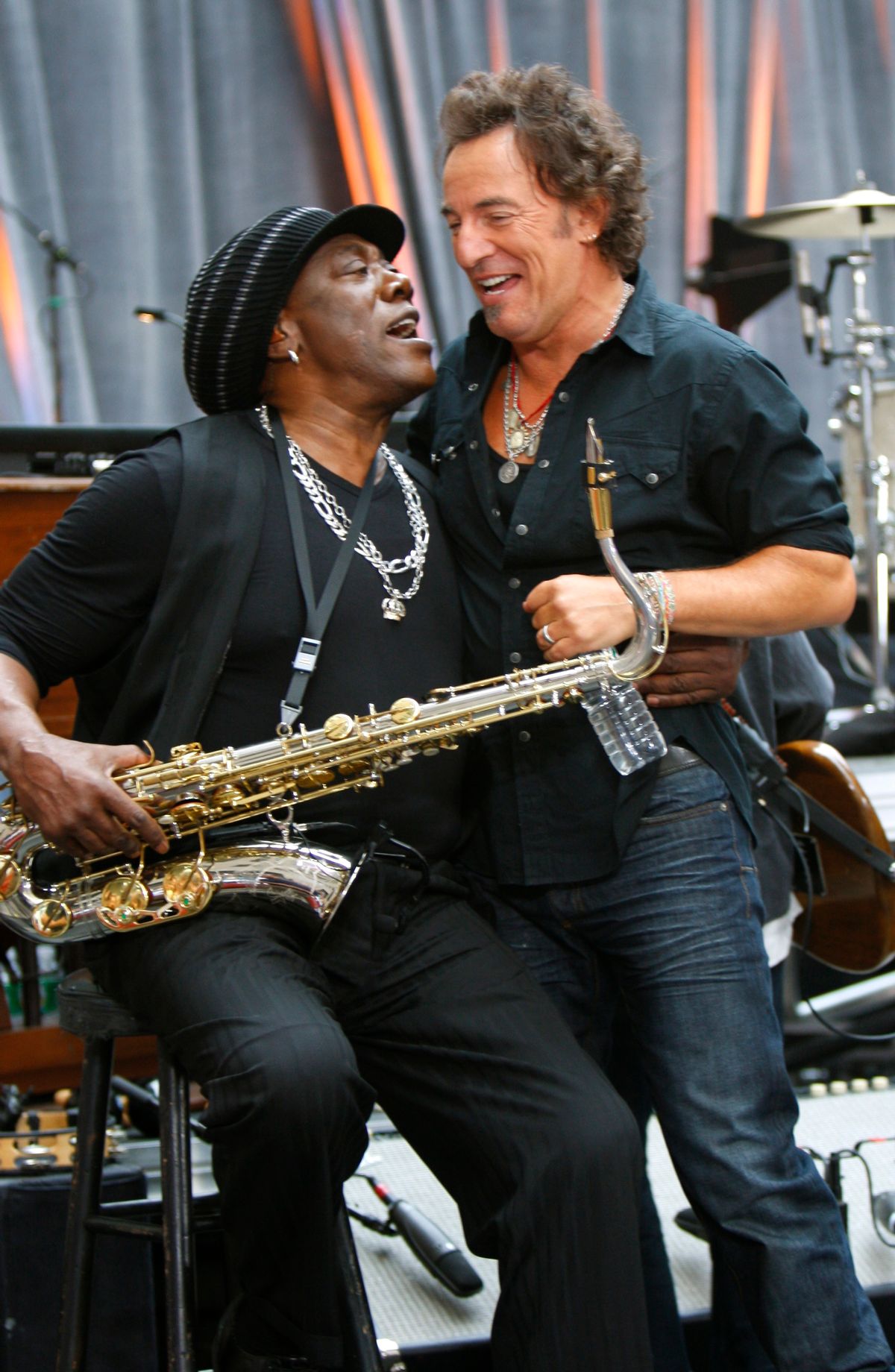 I still remember the thrill I felt looking at the iconic black and white cover of "Born to Run" in 1975, with a grinning, sweaty Springsteen leaning on the shoulder of Clarence Clemons, gazing at him adoringly; that early interracial bromance. I've been thinking about it a lot since Clemons died way too young at 69, 10 days ago. It was the way we were all supposed to live, but still weren't living. And still aren't today.

Springsteen and Clemons weren't quite living that way, either. In his memoir Clemons wrote: "You had your black bands and you had your white bands, and if you mixed the two you found less places to play." Springsteen explained the power of the "Born to Run" cover this way: "When you open it up and see Clarence and me together, the album begins to work its magic. Who are these guys? Where did they come from? What is the joke they are sharing? A friendship and a narrative steeped in the complicated history of America begins to work and there is music already in the air."

I love that quote, but it might also make their collaboration sound like a civics lesson. It wasn't. Describing the first time he met Springsteen in an interview, Clemons captured the chemistry fans witnessed more vividly: "I swear I will never forget that moment. I felt like I was supposed to be there. It was a magical moment. He looked at me, and I looked at him, and we fell in love. And that’s still there."

Clemons died of complications from a stroke, on top of complications of getting older and living life joyously and full-throttle. His friends gathered to remember him last week, and Bruce Springsteen posted his eulogy on his website today. Go read the whole thing, but I loved this part:

Standing next to Clarence was like standing next to the baddest ass on the planet. You were proud, you were strong, you were excited and laughing with what might happen, with what together, you might be able to do. You felt like no matter what the day or the night brought, nothing was going to touch you. Clarence could be fragile but he also emanated power and safety, and in some funny way we became each other's protectors; I think perhaps I protected "C" from a world where it still wasn't so easy to be big and black. Racism was ever present and over the years together, we saw it. Clarence's celebrity and size did not make him immune. I think perhaps "C" protected me from a world where it wasn't always so easy to be an insecure, weird and skinny white boy either. But, standing together we were badass, on any given night, on our turf, some of the baddest asses on the planet. We were united, we were strong, we were righteous, we were unmovable, we were funny, we were corny as hell and as serious as death itself. And we were coming to your town to shake you and to wake you up. Together, we told an older, richer story about the possibilities of friendship that transcended those I'd written in my songs and in my music. Clarence carried it in his heart. It was a story where the Scooter and the Big Man not only busted the city in half, but we kicked ass and remade the city, shaping it into the kind of place where our friendship would not be such an anomaly.

And that ... that's what I'm gonna miss. The chance to renew that vow and double down on that story on a nightly basis, because that is something, that is the thing that we did together ... the two of us. Clarence was big, and he made me feel, and think, and love, and dream big. How big was the Big Man? Too fucking big to die. And that's just the facts. You can put it on his grave stone, you can tattoo it over your heart. Accept it ... it's the New World.

Clarence doesn't leave the E Street Band when he dies. He leaves when we die.