We must nuke Aspen 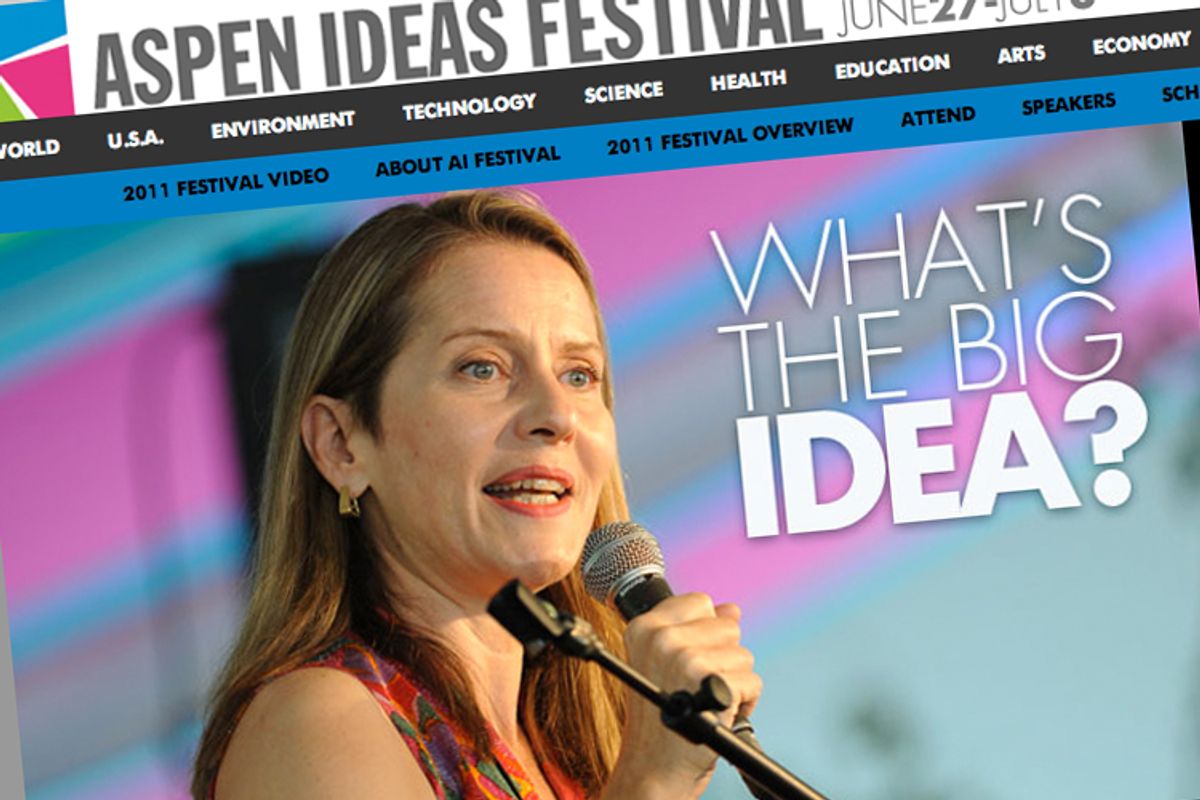 The Atlantic discovered not long ago that putting on little parties for America's ruling elite -- carefully disguised as important intellectual gatherings to ensure the attendance of the most self-important members of the political and media classes -- is a much better way to make money than "producing a magazine full of good journalism." From that knowledge, the "Aspen Ideas Festival" was born. The festival, happening right now, is like South by Southwest for people who are willing to pay Thomas Friedman money for his thoughts.

The basic idea is, as Politico puts it, D.C.'s summer camp. But with celebrities and people the D.C. elite regard as celebrities (Austan Goolsbee!!!). Because the point is to revel in proximity to power, certain people have standing invitations:

Still, some have regular access: Supreme Court justices and U.S. presidents (current or former) can come anytime. So, too, can New York Times columnists Thomas Friedman and David Brooks, who, according to Boone, “are so popular here and are doing such interesting work and are so diverse in how they think of the world that they have standing invitations and they’ve made several appearances at the festival.”

Yes, David Brooks -- a hapless political columnist whose amateurish dabblings in pop sociology are mistaken for insight by the sort of corporate execs who find Malcolm Gladwell a little too "out-there" -- is a veritable rock star at the Aspen Ideas Festival, along with his New York Times comrade Tom Friedman, the book-writing golf course squirrel with the endless expense account.

If you want to see your betters put on funny clothes and do little skits, the Aspen Ideas Festival is the place! (Joe Klein and war criminal John Negroponte are having such fun!)

Of course Aspen is really about the "ideas," which is why everyone goes to very important panels where important people reenact the policy debates that already happen daily in magazines and on blogs -- but in front of audiences and with a lot more congenial self-congratulation.

The best thing the organizers could do to solve America's most pressing problems would probably be to encase the city of Aspen in an impenetrable dome on the last day of the festival, trapping all participants and attendees inside, forever.

Then we can put our scientists to work on some sort of Davos-specific super-virus.