Pope tweets for the first time 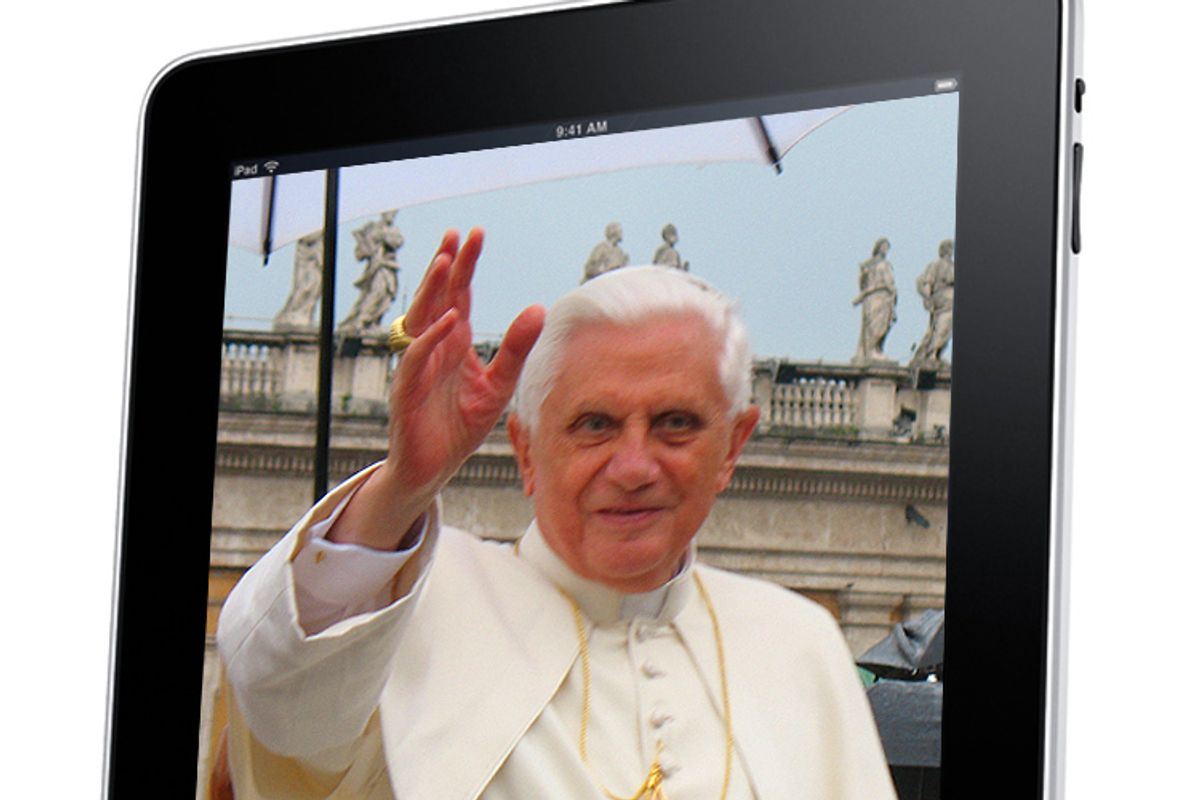 The leader of the Catholic Church has just caught up with the Dalai Lama in the field of social networking. While the Buddhist spiritual leader has been using Twitter to spread his message of peace and love through cyberspace since February 2010, yesterday marked the first time Pope Benedict XVI used the site, signing under the Vatican's account. Surprisingly, his tweet did not include the top trending topic of the moment: #whatmakesablackgirlmad. His message read:

Dear Friends, I just launched News.va  Praised be our Lord Jesus Christ! With my prayers and blessings, Benedictus XVI

But in the age of virtual identity theft and Catfishing, how do we know that this tweet was actually written by the papal leader himself? Simple: Time magazine has a video of Pope Benedict poking confusedly at an iPad while an archbishop touches the screen for him.

The tweet signaled the launch of a Vatican news portal, which seeks to join in holy union information from all of the church's outlets, both old technology and new.

This is not the first new-media move on the part of His Holiness: He already has his own "Pope2You" iPhone and Facebook app, as well as a YouTube channel, making the leader of the Catholic Church 99 percent more tech-savvy than most adults over the age of 35.