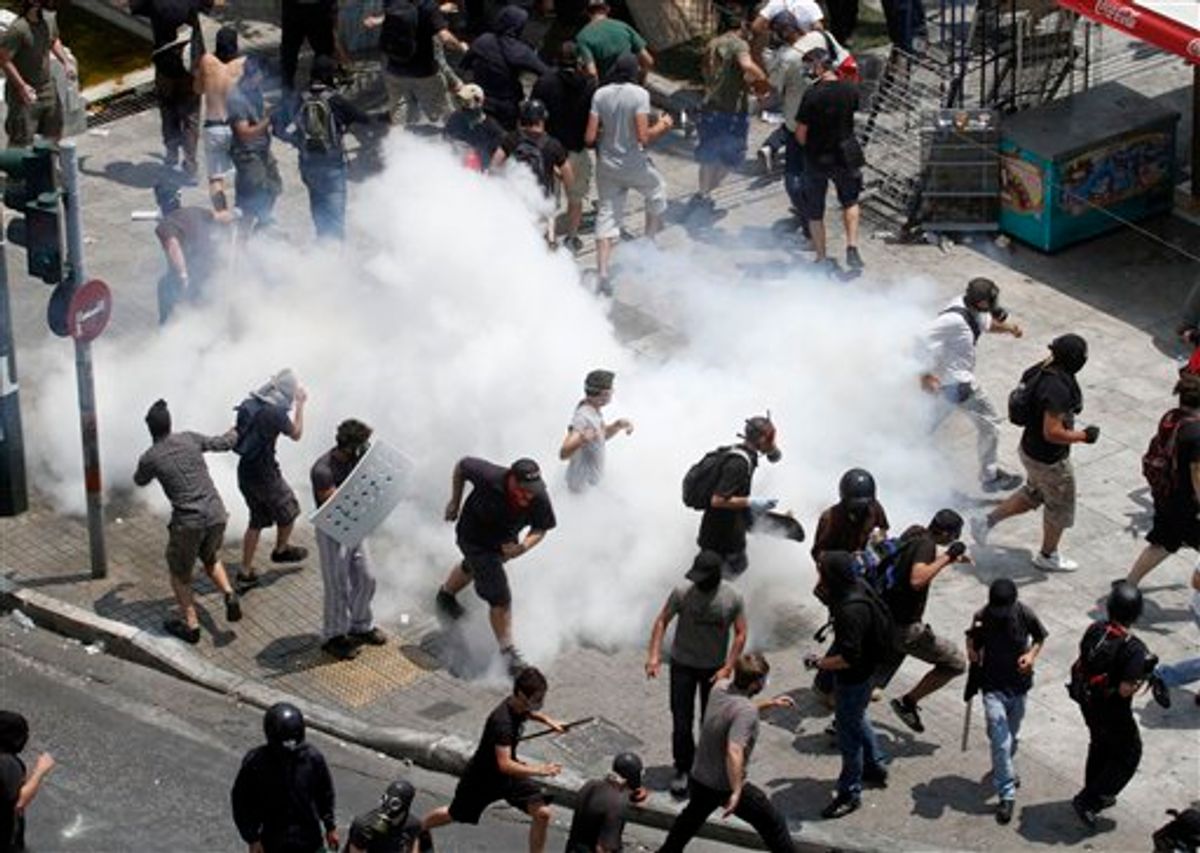 Demonstrators run away from tear gas during a demo in Athens on Tuesday June 28, 2011. Greece's beleaguered government is bracing for a 48-hour general strike as lawmakers debate a new round of austerity reforms designed to win the country additional rescue loans needed avoid bankruptcy.(AP Photo/Dimitri Messinis) (AP)
--

The Greek parliament passed a key package of spending cuts and tax increases, paving the way for loans that well help avert a default on the nation's debts.

But the euro retreated Wednesday in the immediate aftermath of the vote. The euro had risen nearly 3 cents this week in anticipation of the so-called austerity measures passing.

The euro had "strengthened pretty substantially" in the run-up to the vote, said Brown Brothers Harriman currency strategist Mark McCormick. It was a "buy the rumor, sell the fact" effect -- traders bet on the euro before the vote and were taking profits now that that hurdle had passed, he said.

Analysts predicted the country would have defaulted as early as next month without help. European banks that hold Greek bonds would have been at heavy risk and the ensuing rise in borrowing costs across Europe would have sent economic ripples throughout the continent.

And Greece is not yet all clear. Another vote on Thursday will determine how the country implements the cuts and tax increases, which are very unpopular with Greek citizens.

The European Union and International Monetary Fund have demanded both bills pass before they approve the release of a euro12 billion loan installment from last year's euro110 billion ($157 billion) rescue package.

EU and IMF officials are also meeting July 3 to talk about an extended aid package for Greece beyond the original aid deal. Officials must negotiate to what extent private-sector creditors are involved in the second bailout.