After the newspaper took him to task for his anti-child slavery initiative, the actor took up arms over Twitter 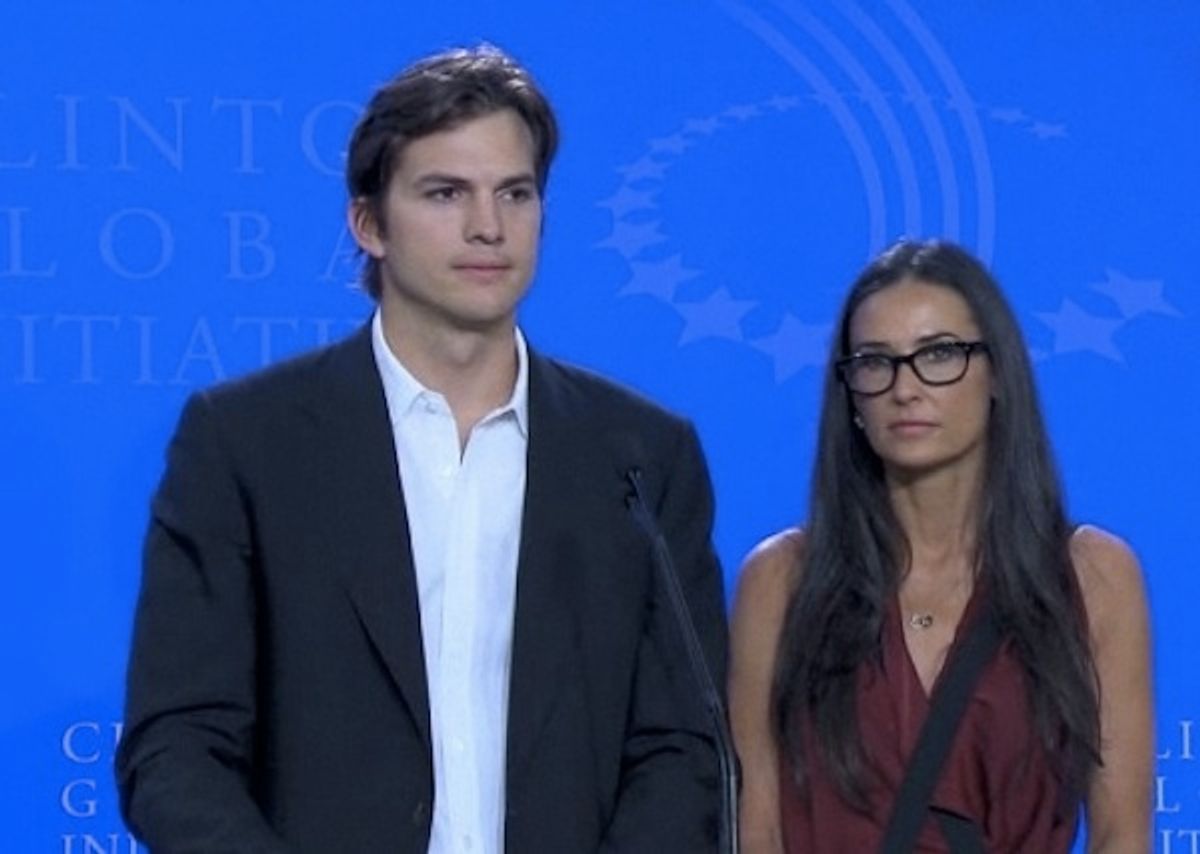 Ashton Kutcher, the PopPresident (as decreed by PopChips), is in the midst of an angry Twitter feud with the Village Voice over a viral video the actor made earlier this year. In a campaign called "Real Men Don't Buy Girls," Ashton and his wife, Demi, have started putting out PSAs about child slavery featuring Ashton's celebrity friends. "It's between 100,000 and 300,000 child sex slaves in the United States today," Ashton told Piers Morgan back in April. So what bone does the Voice have to pick with such a noble cause?

"There are not 100,000 to 300,000 children in America turning to prostitution every year. The statistic was hatched without regard to science. It is a bogeyman," said the Voice article, written by Martin Cizmar and Ellis Conklin and Kristen Hinman. Apparently, this unverified fact has been circulating widely across the media, including Salon. Doing some research of their own, the Voice concluded that there have been only 8,263 arrests for child prostitution in the last decade here in America, a much smaller number than the one Ashton (and other outlets) quoted.

This correction might not have lit such a bug under Ashton's ass (especially if the Voice was just using him as an example of how the media has their facts wrong), but before the article even mentioned the data, it opens with several jabs at Kutcher's commercials:

The PSAs have made some observers scratch their heads and others guffaw. Ostensibly about an intense issue—childhood sex slavery—the videos reek of frat-boy humor.

A blogger for Big Hollywood suggested viewers "sit back and take in a full year's supply of empty-headed, self-important Hollywood narcissism."

Ouch. Ashton responded to the piece over Twitter today, where his fans number 7,049,599:

What do you think? Is Ashton overreacting? Or was it wrong for the Voice to attack a celebrity for spearheading a good cause? Or hey ... maybe it's both!