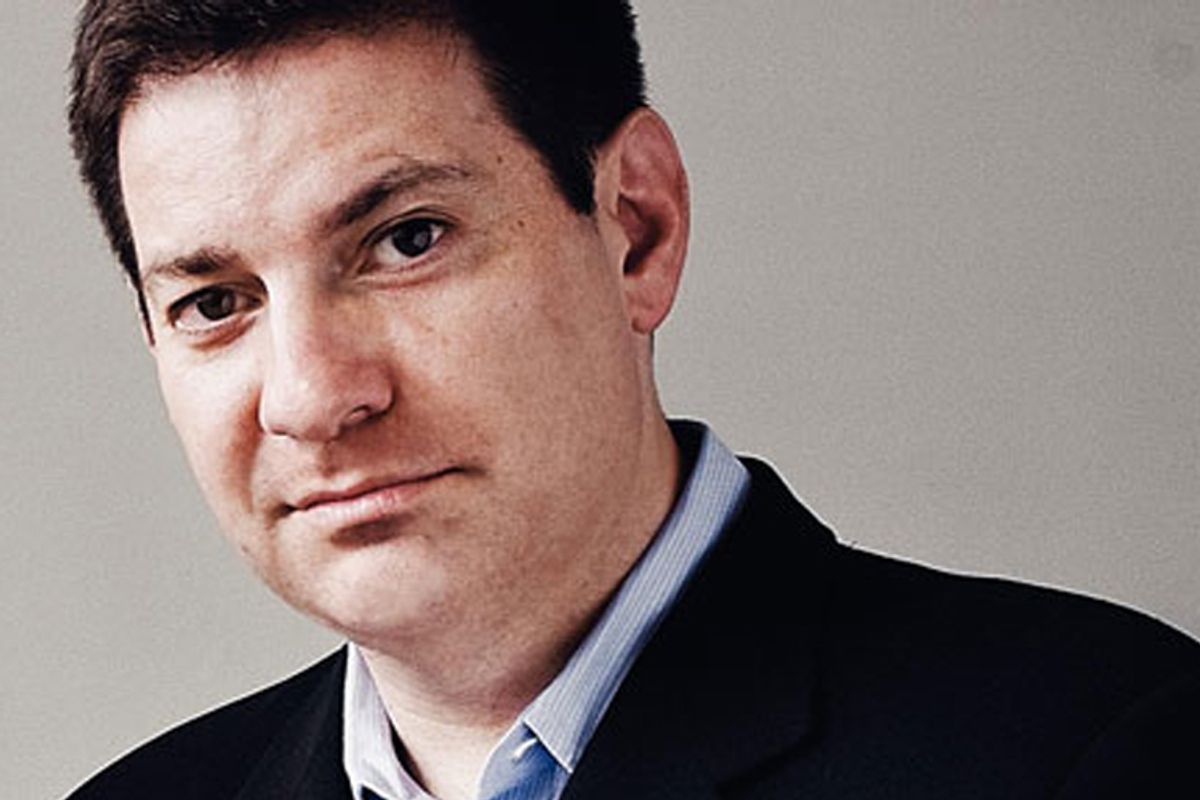 It seems wrong, to me, that in a conversation involving Joe Scarborough and Mark Halperin, a third party was somehow called a "dick," but that is what happened on "Morning Joe" today, when MSNBC "senior political analyst" Halperin said, "I thought he was a dick yesterday," to much laughter and delight all around.

Halperin has apologized, and has been "suspended indefinitely." Scarborough, of course, blamed a producer for not hitting the delay button, instead of ... blaming the person who actually said it.

According to Scarborough, there had been a mishap with the seven-second delay button -- a new executive producer apparently didn’t know how it worked. "You are supposed to know how to do the job," Scarborough said of his producer. "I would tell you what I think of him, but he doesn’t know what button to push."

When you have a wacky "cocktail party" morning show where "anything can happen," sometimes what will happen -- especially if your guest list features a lot of useless tools like Mark Halperin -- is that someone will call the president a "dick" because he thinks it's endearingly naughty. There was even a big, smirky buildup to Halperin calling the president a "dick." It didn't just slip out. Everyone got really excited that Halperin was about to use a bad word, because these people are children, and Halperin looked very pleased with himself after he said the bad word on the TV. Chuckle chuckle chuckle! Faux-outrage! Fun and high jinks! High-quality political analysis, everyone.

I don't care what Halperin calls Barack Obama. But for the record, President Obama did not really act like a dick yesterday, which is unsurprising, because Mark Halperin is a horrible political analyst who is wrong about everything. (Also for the record, it takes one to know one.)

This is a great excuse for MSNBC to fire Halperin, though! I mean if they won't fire him for being incompetent at understanding and explaining politics they now have an opportunity to fire him for being disrespectful and vulgar. (Ed Schultz was suspended over as much.)

Being a professional observer of the "horse race" is bad enough, but Halperin doesn't even understand the horse-race element of politics. He fails at being a hack. He's too dumb to correctly parrot conventional wisdom. He is pretty sure Sarah Palin and Donald Trump are 2012 front-runners. He thought "suspending his campaign" to fix the economy and not knowing how many houses he has were both huge messaging victories for John McCain. He wrote a book about how to win in 2008 that predicted everything Hillary did, but in his world it all worked. He thought Bush's political comeback would come any day now throughout the entirety of the years 2006-2008. He can't interpret polls or see through the spin of GOP consultants who are much smarter than he. If I were revising the Hack list I'd put him above No. 1.