What's the buzz on Google+?

The search giant debuted a new social media service yesterday. Here's what the experts are saying 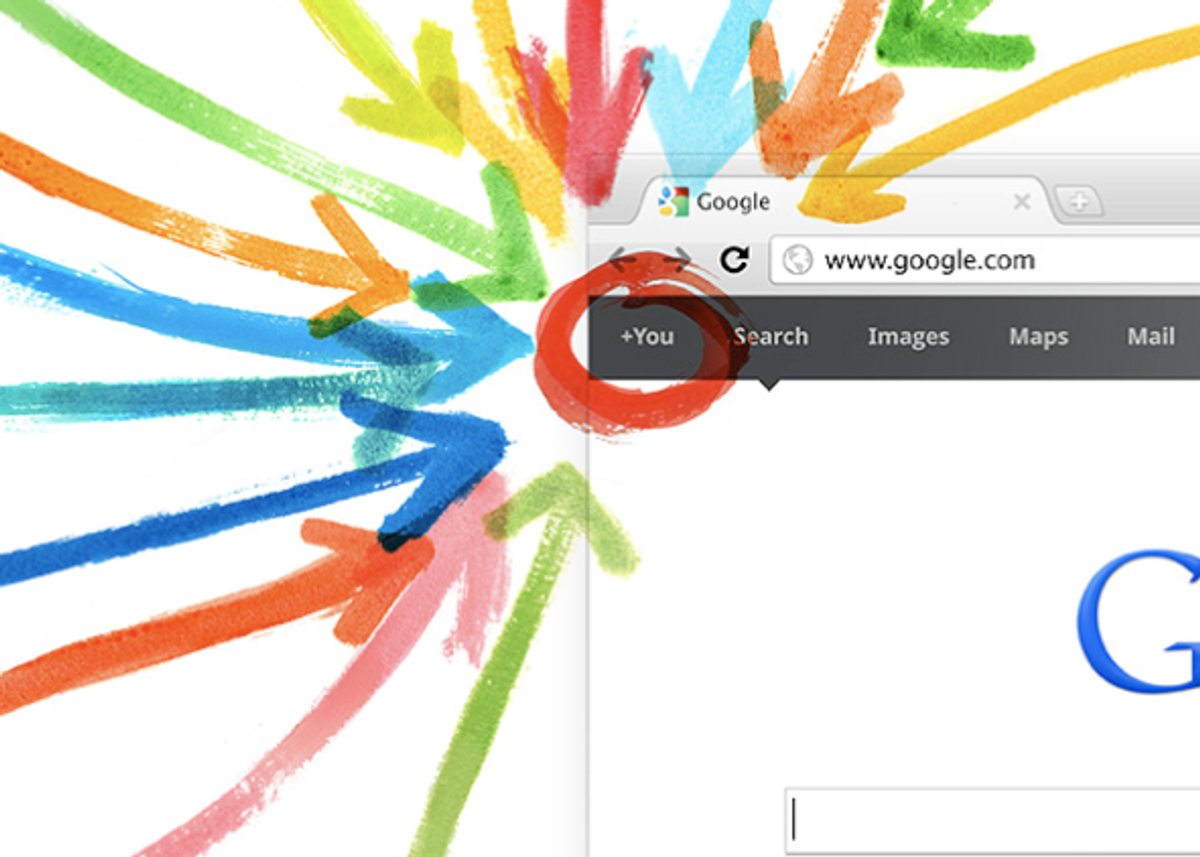 After three failed attempts at starting its own social media tool (including the much-maligned and privacy-challenged Google Buzz), Google has launched one more, ambitious effort to steal Facebook's thunder: Google+. The new service, now in test trials and available to a limited number of Google users, boasts some intriguing features that have the blogosphere a-buzzing, including Circles, which lets users choose exactly which groups of friends they want to communicate with; and Stream, an analogue to the Facebook "News Feed"; and Sparks, a social-ized Google News. Most notable, however, is that Google will bill the tool as an alternative for Facebook-wary consumers who worry about that network's use of personal data.

Opinions on the service run the gamut. Here's a look at key early reaction:

The New York Times' Claire Cain Miller notes that Google's difficulties in the realm of social media have already taken a toll on its status as "entry point" to the Internet, and wonders if Google+ can really help make up for lost time:

Writing for Reuters, John C. Abell, of Wired, praises Google+'s emphasis on privacy, but wonders if it can really catch fire:

Google aspires to come up with the magic formula that doesn’t raise our privacy hackles, and doesn’t make it hard for us to share just what we want, with whom we want.

Some may consider this alchemy, but it’s a laudable pursuit. Now we just have to see if enough people care and want to trust Google with one more, truly overarching aspect of their digital lives.

Save for some minor improvements, Google+ offers nothing groundbreaking enough to drive the masses from Facebook. Almost every feature ... has a counterpart feature in Facebook.

The only notable exception is "Hangouts," the feature that lets you host group video chats with your friends. It's pretty cool, but again, I can't see someone ditching Facebook just so they can video chat.

MC Siegler at Tech Crunch lays on the superlatives:

Google+ is easily already the most compelling social project Google has ever done.

Alexandra Petri of the Washington Post praised what she called a more "adult" approach to social media -- particularly the fact that Google+ boasts functionality that lets you speak to friends without shouting at your entire network:

The Guardian's Charles Arthur says Google is trying to do too much, too fast:

"[B]eing social" isn't just about involving lots of people in things. It's also about getting out of the way. The irony is that Google's biggest product, its search page, is a classic of simple design. But everything else it does becomes too complicated. Google+ might work better if it tried to do less, and then built it up.

Time will tell, but if I were offered the choice of this or Facebook, I'd take Facebook.

The Houston Chronicle's Dwight Silverman says Google+ is on the right track, steering toward a convergence of slick design and intuitive user experience:

It is possible for great engineering and smart, elegant design to co-exist -- Apple is evidence of that. CEO Steve Jobs has frequently referred to the company as being engineering-based, but he’s also said that Apple "lives at the intersection of technology and liberal arts". That’s a neighborhood in which all tech companies should aspire to live.

Is Google moving in? Maybe.

But it's possible that ZDNet's Andrew Nusca makes the best point of all when he notes that it's impossible to judge the value of a social media tool in its infancy:

[H]ow can you possibly consider a social service before people are using it? And moreover, how can you assume that how it’s intended to be used will actually be the reality?