The Mona Lisa in plastic

The line of collector toys are modeled after works by Da Vinci, Van Gogh and Klimt 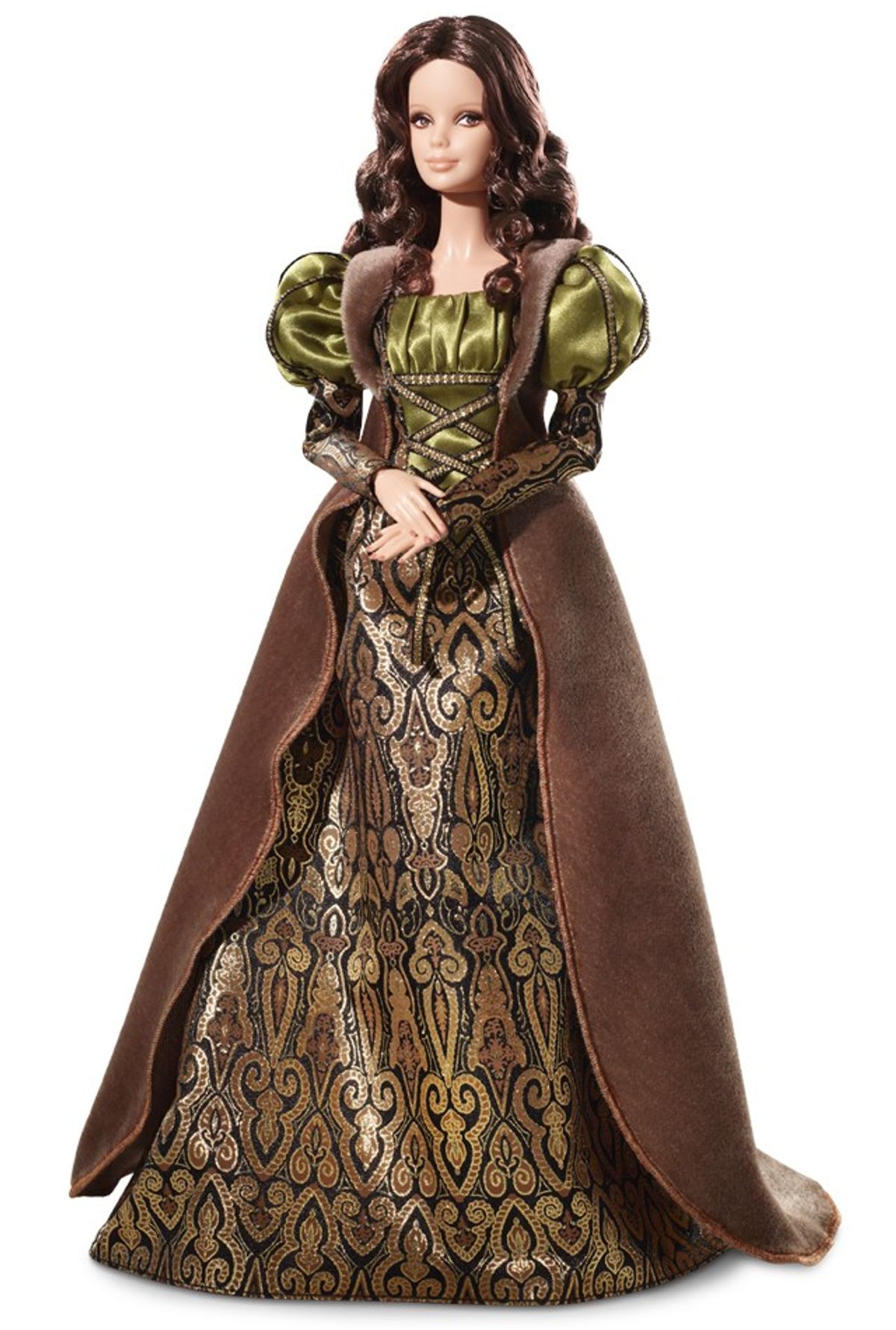 Starting tomorrow, Barbie enthusiasts can also get their hands on dolls inspired by classic paintings -- namely The Mona Lisa, Gustav Klimt's "Portrait of Adele Bloch-Bauer I," and  Van Gogh's "Starry Night" (never mind that there aren't actually any people in that last one).

Randy Kennedy at The New York Times points out that the dolls, however ridiculous, are certainly more affordable than the paintings that inspired them:

Ronald Lauder bought [Klimt's Portrait of Adele Bloch-Bauer] for what some reported to be $135 million in 2006, one of the highest prices ever paid for an artwork. The Barbie, with a winged hairdo and a dress that gets the dazzling Byzantine mosaic pattern from the painting almost right -- minus Klimt’s gold-leaf -- goes for $34.95.

But since the dolls' resemblance to the artistic masterworks in question is tenuous at best, it looks like collectors will be getting what they pay for -- or maybe even less. Let's compare, shall we? And the real deal: