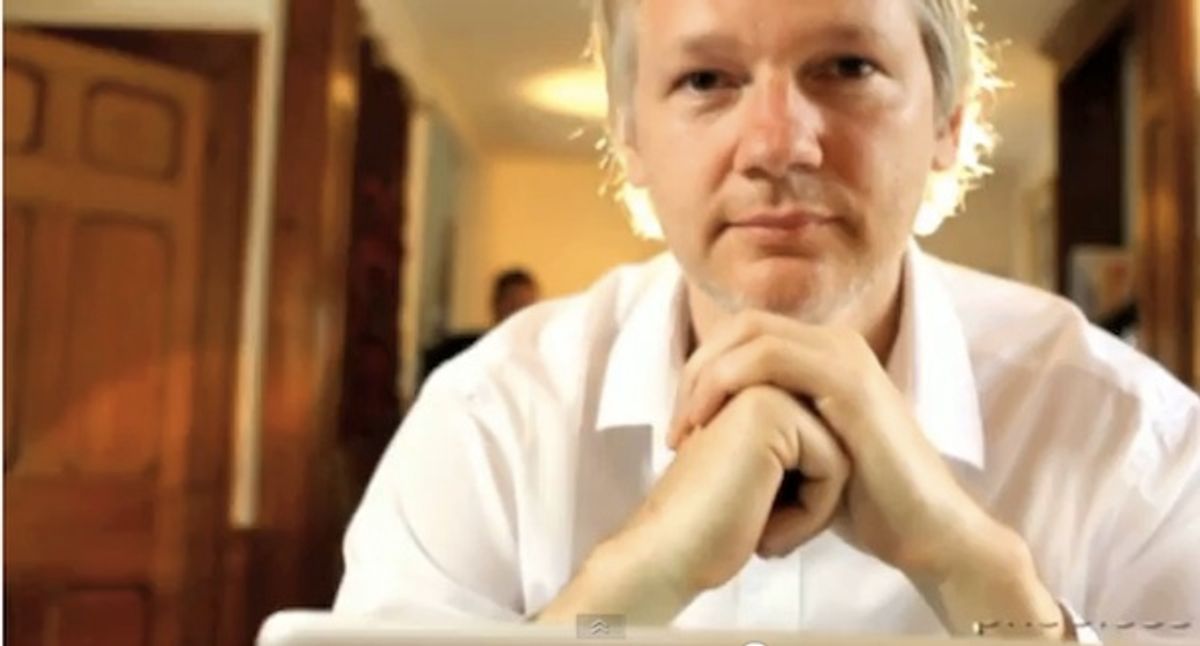 At first I thought this was a parody, but then changed my mind and thought it was real. Then it turned out to be a fake after all. Oh, that Assange!

2. The "Party Down" initiative

It seems that today is "Party Down" Day , in an Internet effort to make a movie of the Starz's comedy happen. (How well has that worked out for "Arrested Development"?) Still, it was an amazing show, and this video roundup of the best lines from Roman (played by Martin Starr) inspires the question... "Are we having fun yet?"

The action hero is starring in this wacky Russian comedy called "Rzhevskiy vs. Napoleon," which might end up being his best role to date.

It's so much sing-talking, I never thought I'd yearn for the days of "Money Can't Buy You Class."