Odd nostalgia: The strange films based on kids' culture

Slide show: A look at the good, the bad and the ugly big-screen adaptations of our childhood playthings 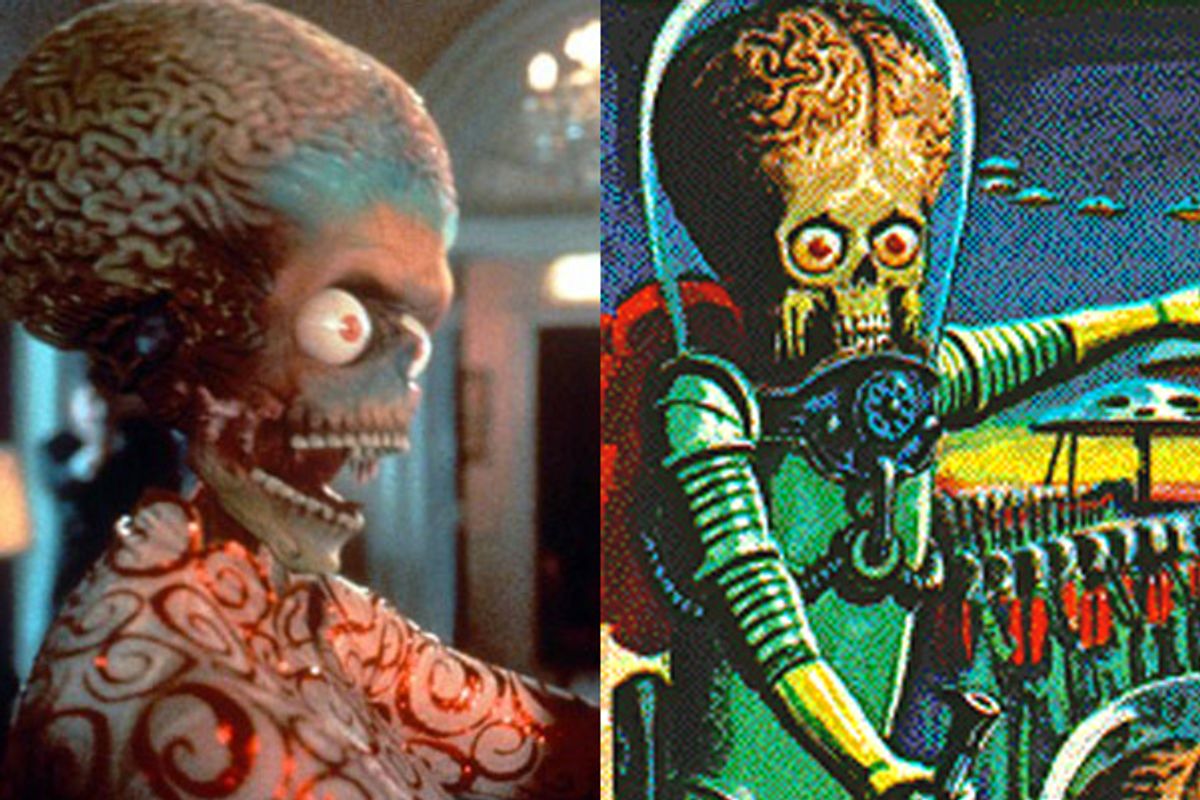 I always find it weird when people complain about movies cashing in on our childhood nostalgia. Were Saturday morning cartoons so sacred that a crappy summer movie will forever taint our image of "Alvin and the Chipmunks"? Garfield and Marmaduke may have made terrible CGI stars, but it's not like I was so smitten with their comics anyway. (We get it, cat, you like lasagna.)

When "Transformers" arrived in theaters in 2007, there was an audible sigh of relief that the movie, while geared to Michael Bay's explosion-fetishist fans, still adhered to its "source material." Meaning what, exactly: That there were cars that turned into robots? That there was an actual narrative arc revolving around characters created by a Japanese toy company? Or something else?

Sometimes these nostalgia films become franchises and sometimes you end up with "The Last Airbender." Here is our tribute to the good, the bad and the just plain weird ("Boris and Natasha," anyone?") of kids' culture adapted for the big screen.