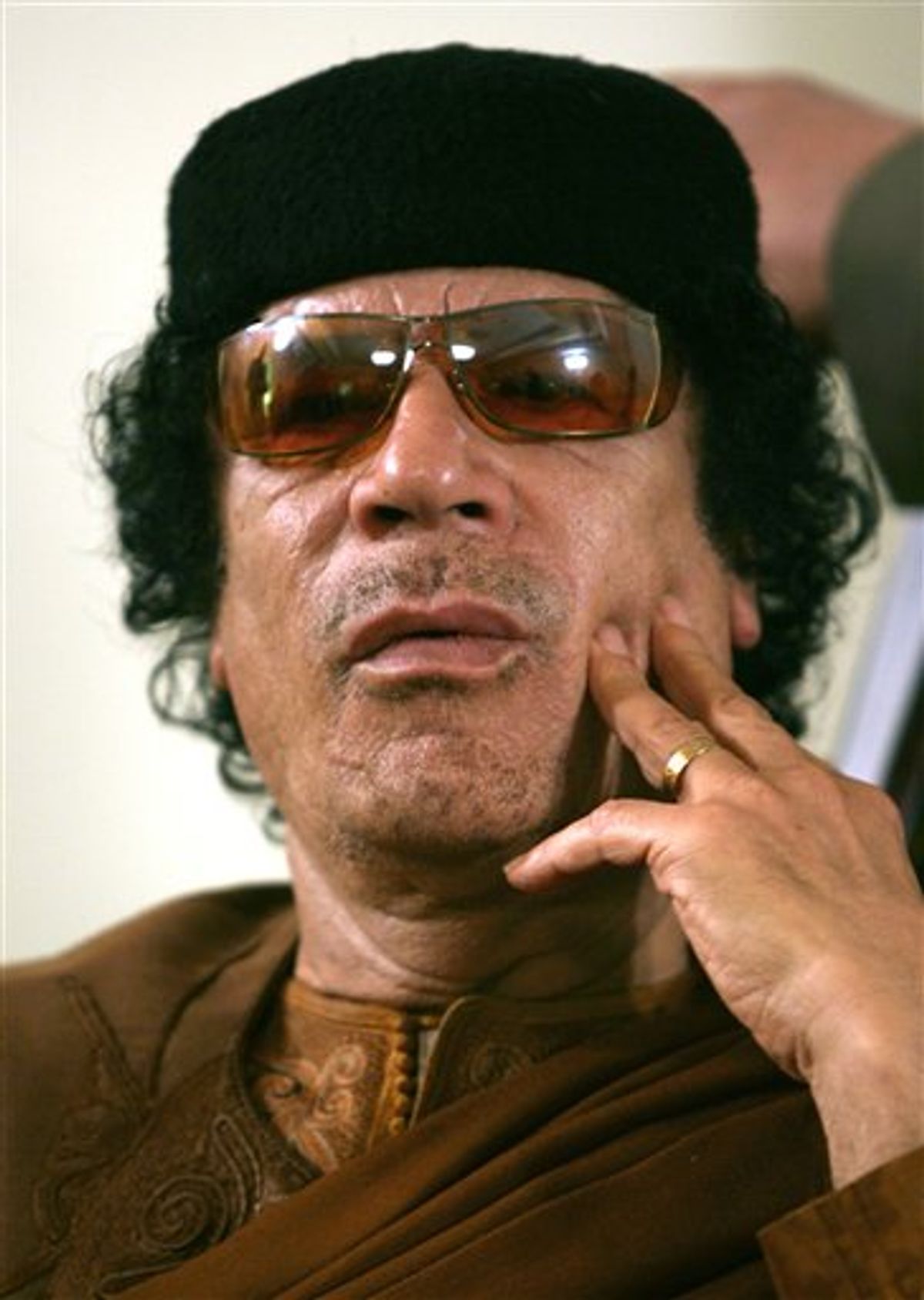 A defiant Moammar Gadhafi threatened Friday to carry out attacks in Europe against "homes, offices, families," unless NATO halts its campaign of airstrikes against his regime in Libya.

The Libyan leader, sought by the International Criminal Court for brutally crushing an uprising against him, delivered the warning in an audio message played to thousands of supporters gathered in the main square of the capital Tripoli.

It was one of the largest pro-government rallies in recent weeks, signaling that the embattled Libyan leader can still muster significant support. Gadhafi addressed the mass gathering in Green Square, speaking from an unknown location in a likely sign of concern over his safety.

"These people (the Libyans) are able to one day take this battle ... to Europe, to target your homes, offices, families, which would become legitimate military targets, like you have targeted our homes," he said.

"We can decide to treat you in a similar way," he said of the Europeans. "If we decide to, we are able to move to Europe like locusts, like bees. We advise you to retreat before you are dealt a disaster."

Friday's was one of the largest pro-government rallies in recent weeks.

The popular uprising has since turned into a protracted civil war, with anti-government rebels controlling much of eastern Libya and parts of Libya's western mountains. NATO has been bombing government-linked targets since March.

In his speech Friday, Gadhafi denounced the rebels as traitors and blamed them for Libya's troubles. He said Libyans who fled to neighboring Tunisia are now "working as maids for the Tunisians."

"What brought you to this stage? The traitors," Gadhafi said in the audio message.

He urged his supporters to "march on the western mountains" to clear the area of weapons the French government delivered to the rebels there several days ago.