A consummate showman's irresistible tour of the polyglot Neapolitan musical tradition, from opera to hip-hop 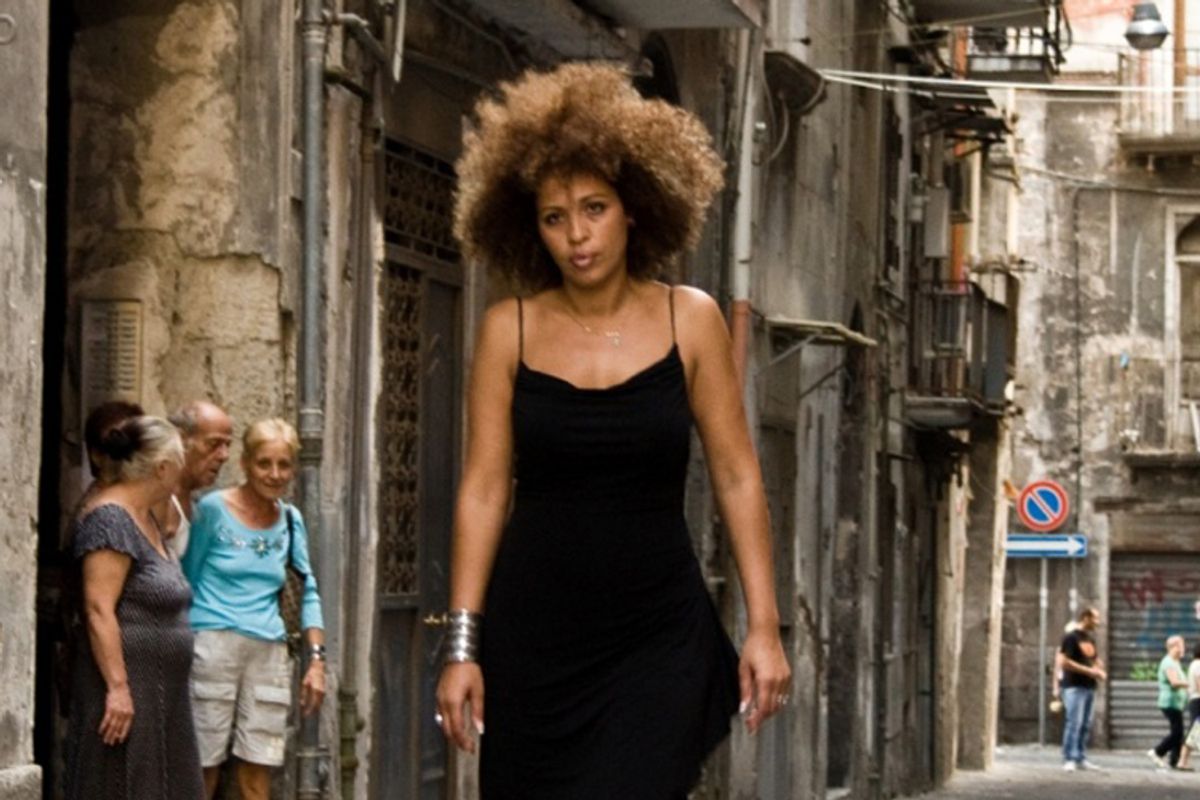 It wouldn't be right to let the holiday weekend go by without noticing John Turturro's eccentric summer delight "Passione," a valentine to Neapolitan music and culture that opened last week in New York and will soon be reaching other cities. Certainly in his extensive acting career Turturro has proven to be a consummate showman with an omnivorous appetite; you can see him at the multiplex right now, chewing the scenery as a defrocked CIA agent in "Transformers: Dark of the Moon" and voicing an arrogant Italian Formula One champion in "Cars 2." His intermittent directing career took a truly strange turn with the 2005 "Romance & Cigarettes," an inspired, insane and irresistible "jukebox musical" that paired James Gandolfini and Susan Sarandon on the streets of outer-borough New York.

If "Passione" is arguably a more normal kind of film than "Romance & Cigarettes," well, first of all, that's not saying much. Second of all, much the same delicious sensibility is at work in this ironic, flamboyant and sentimental anthology of the divergent and colliding musical styles of Naples, a crossroads city known for its crime and garbage where French, Greek, African, Arab, Spanish and American culture have interbred. The film's title comes from a piece by jazz saxophonist James Senese, whose father was an African-American G.I. from North Carolina (whom he never met). As Turturro observes in his introduction to the film, the abundant emotion of Neapolitan music is often infused with contradiction and tragedy.

Turturro finds a group of elderly guys who are still prepared to argue about whether Enrico Caruso or Fernando de Lucia was the greatest Italian operatic tenor, shows us clips of the legendary crooners Sergio Bruni and Angela Luce, and stages a cheeseball dance number with hair-flipping babes set to contemporary Italian hip-hop. If the performances and Turturro's video segments are undeniably uneven, it's the film's cinematic verve and richly enjoyable tone -- emoting grandly while winking at the audience; believing in love while assuring us that it's all lies -- that carry the day. In between Caruso and hip-hop, we find some of the movie's best musical numbers, as in Portuguese-style fado singer Mísia's performance with the pop band Avion Travel, or the remarkable rai/R&B/canzone stylings of spectacular Tunisian-Italian singer M'Barka Ben Taleb.

Turturro's larger point, I think, is that the music and culture of Naples are hybrid by nature, and are a principal source of the city's enduring strength. (A lesson he may well understand as relevant to American viewers too.) At least by implication, he's rejecting the northern Italian racism, and the notion of a pure indigenous Italian culture, that has become more prevalent under Silvio Berlusconi. "Passione" ought to be shown outdoors, of course; it demands a light supper of oysters and pasta and grilled fish and a bottle or three of light but intoxicating wine, not to mention an affair with someone who'll betray you, break your heart and come back tomorrow for more. Failing that, you'll just have to go see it with friends.

"Passione" is now playing at Film Forum in New York and the West End Cinema in Washington. It opens July 15 in Miami and Seattle, and July 22 in Los Angeles, with more cities to follow.