From "The Parent Trap" to "Friday the 13th," the quintessential Hollywood genre is chock full of good life advice 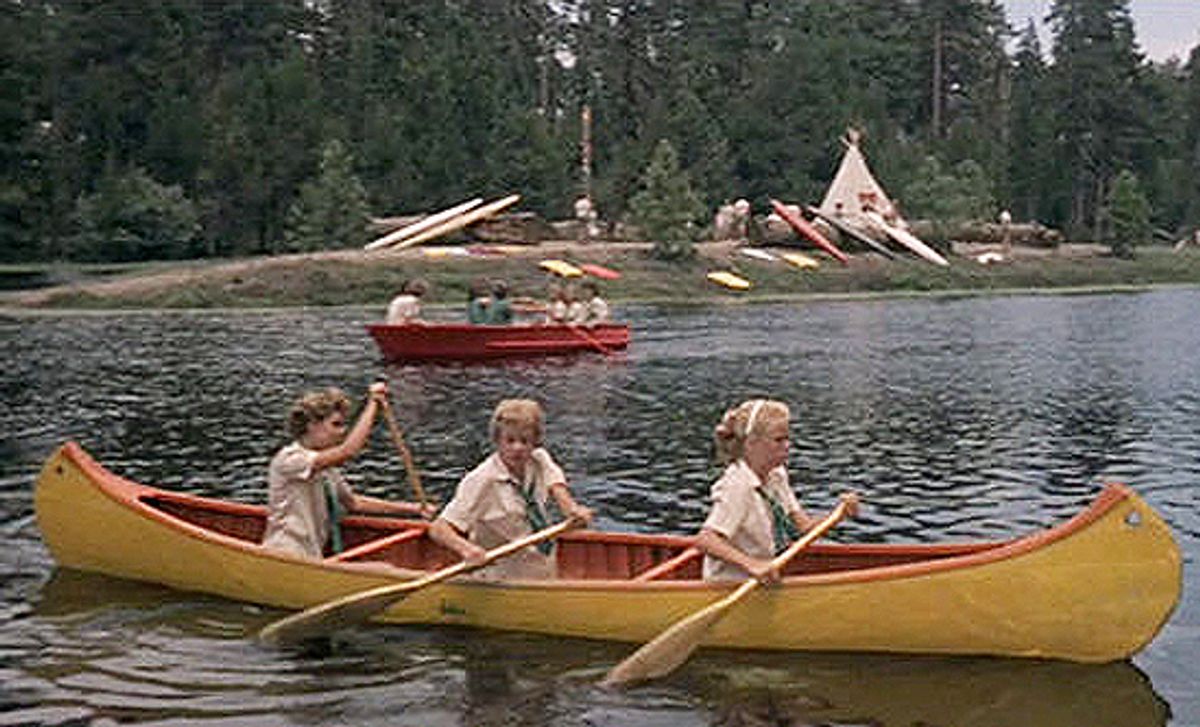 What's the most wonderful thing about summer? Is it the long, lazy days, the hot sticky nights? Is it the peach pies, the corn on the cob, the way attractive people wear less clothing? It's all those things. And it is also surely every triumphant chorus of "School's out!" -- the unbridled joy of no more teachers, no more books. But let it never be said that the balmier months are not rife with educational opportunities. Far from the halls of academia, there are lessons to be learned, life experiences to be had, bunks to be short-sheeted. And aside from giving generations of young people bittersweet memories and sexually transmitted diseases that will last a lifetime, summer camp has given us some of cinema's sagest moments. And so, in honor of the laziest, haziest time of year, we present a few handy rules for living, courtesy of the greatest summer-camp movies of all time.

Splitting up your identical twins will come back to bite you on the butt. Oh sure, it seems like a great way to never see your incredibly hot ex-spouse again, but come on. You really want throw away an extra kid in the deal? It's a small world, and at some preadolescent sleep-away adventure, they will find each other, and you'll have to marry Dennis Quaid all over again. Take a tip from both versions of "The Parent Trap" --  this kind of thing leads to awkward musical numbers at best and Lindsay Lohan's entire career at worst.

A life in musical theater leads to, as your washed up counselor could tell you, "waitressing jobs and bitterness and the obsessive, pointless collecting of out-of-print original cast albums." Long before America Gleeked out, show-bizzy kids were identifying with Camp Ovation -- based on Stagedoor Manor,  the Catskills performing arts camp that spawned Natalie Portman and Lea Michele. With its cast of sexually experimenting kids and overambitious amateur theatrics, "Camp" is both a stinging parody of earnest theater nerds and a tribute to dreams that just can't die. Sure, it's crazy to even try, but what else can "a bunch of little freaks" do? Everybody rise.

Love means not caring if she's late for shul. Even on the last day of summer 1981, Camp Firewood's messy group of outcasts doesn't have its act together. Vietnam vet Gene has a hallucinatory relationship with a talking can of vegetables, Susie and Ben (Amy Poehler and Bradley Cooper) think "Godspell" is a good choice for a Jewish camp's entertainment, and then there's Andy (Paul Rudd), a guy who cheats on his girlfriend, makes picking up a plate an elaborate drama, and just keeps letting his young charges drown. But at the romantic heart of the movie, there's Coop (Michael Showalter), whose confession of adoration -- " I don't care that you're bowlegged and I don't care that you're bilingual" -- makes "When Harry Met Sally" and "Notting Hill's" iconic declarations look as hopelessly twisted as a rogue chunk of Skylab.

Speaking of letting kids drown, try not to. Poor little Jason Voorhees. His counselors at Camp Crystal Lake were busy getting it on and left him to die in a watery grave. First his mama went all psycho about it, and then the gods of profitable movie franchises resurrected the child as the hockey mask wielding, teenage slaying king of "Friday the 13th." In addition to his impressive, Freddy Krueger-rivaling body count, young Mr. Voorhees has also assured that legions of movie-loving campers can torment each other late at night with a well-timed whispery imitation of his spooky signature "chuh chuh chuh" theme music.

Everybody lies about sex. Teenagers especially. If a young Matt Dillon went to your summer camp, wouldn't you bet you'd lose your cherry to him? The nubile teens Ferris (Tatum O'Neal) and Angel (Kristy McNichol) decide a wager won't be the only thing they lay at camp this year, and soon all the little darlings of "Little Darlings" are betting on which girl can lose her V card fastest. Of course, it turns out that sexual braggadocio isn't just for boys, growing up is more than going to bed, and "Making love is different than what I thought it was going to be."

It just doesn't matter. The film that also helpfully explained that virgins go on the right, non-virgins on the left remains, along with "Caddyshack" and "Ghostbusters," among Bill Murray's greatest cinematic moments as a tight-pantsed dispensary of wisdom. And of all the great motivational speeches in the history of mankind, that whole St. Crispin's Day thing just can't hold a candle to Tripper's loser cri de coeur to the denizens of Camp North Star -- that who cares, because "even if we win, all the really good-looking girls would still go out with the guys from Mohawk because they've got all the money." The world may be divided into snobs and slobs (see also: every movie involving some of competition) and the snobs tend to win even when they ostensibly lose (see also: corporate bailouts). But for the slobby among us, there's joy, fleeting as the light on a firefly's rear end though it may be, in believing in the beautiful futility of trying anyway.