Cornyn: Last-minute plan would be irresponsible

The senator says there isn't enough time between now and the Aug. 2 deadline to reach a deal on tax reform 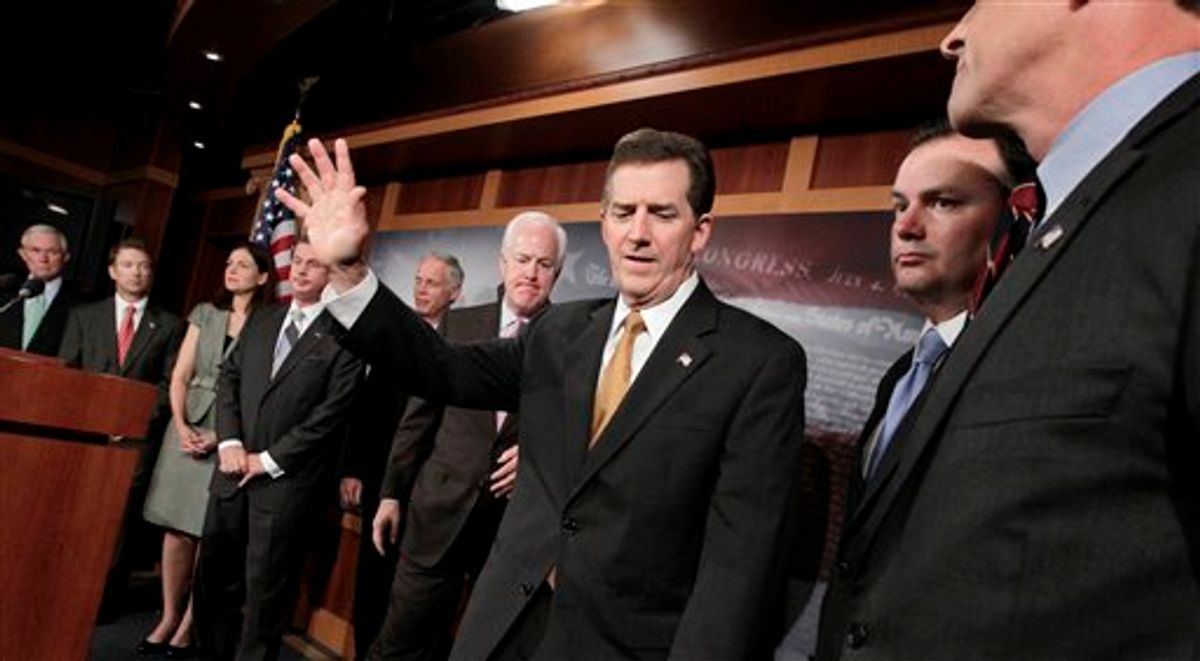 Republican Sen. John Cornyn says it would be irresponsible for President Barack Obama to present a last-minute proposal in the budget debate.

Appearing on "Fox News Sunday," the Texas Republican says time is running out for the president and the Republican leadership in Congress to negotiate a deal with an Aug. 2 deadline looming to raise the government borrowing limit.

The senator says there isn't enough time between now and the Aug. 2 deadline to reach a comprehensive agreement on tax reform that would lower rates and close tax loopholes. He made clear that it's an issue that must be left for later.