The V.P. is sending his first-ever tweet Monday, a Fourth of July message 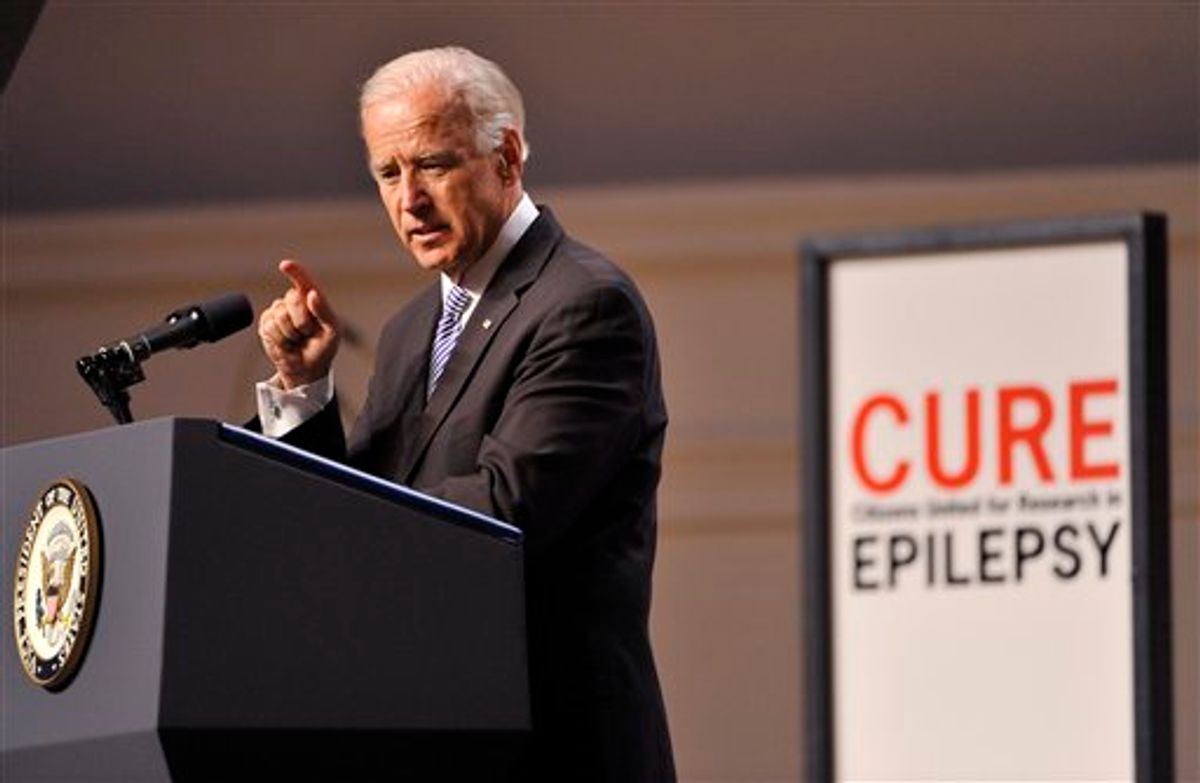 The White House says the vice president is sending his first-ever tweet Monday, a Fourth of July message from himself and wife Jill Biden asking Americans to take time to think of the troops in battle.

The famously verbose and gaffe-prone Biden might seem an unlikely candidate to say it in 140 characters or less. But fear not -- like most politicians' Twitter accounts, Biden's will be staff-written.

It's part of the White House's growing focus on social media. The White House regularly communicates to supporters via Twitter, as does President Barack Obama's re-election campaign.

On Wednesday the White House will even hold a Twitter town hall. Obama will take questions via Twitter, though he'll respond verbally.