The director of "Halloween" and "The Thing" is back -- with another middling spookfest. Where did things go wrong? 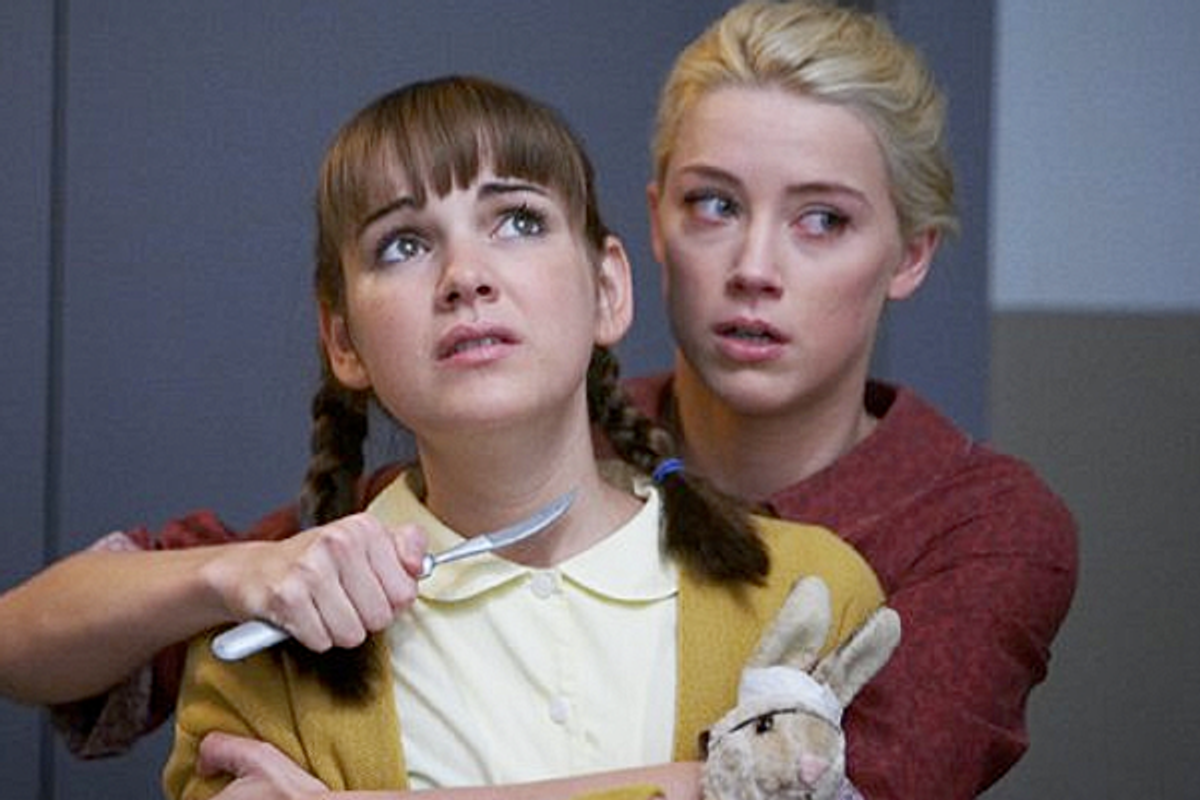 Much of the coverage of John Carpenter's new film, "The Ward" -- or rather "John Carpenter's The Ward," as some of the P.R. material distressingly insists -- revolves around the idea that the legendary horror-meister gets to take a mulligan on this one. Hell, the guy made "Halloween" and "The Thing" (or so the argument seems to go), and we're grateful to have him back making features after a decade-long hiatus, even if the result is a mediocre mental-hospital shocker starring Amber Heard that feels an awful lot like a low-budget knockoff of Zack Snyder's "Sucker Punch."

I'd be happy to go along with that argument, if it made any sense. Unfortunately, "The Ward" fits entirely too well in Carpenter's oeuvre, which is consistently inconsistent. There's no disputing Carpenter's place in the history of horror movies, or his status as a genuine pioneer of American independent filmmaking. When somebody challenged me, a year or so ago, to one of those Facebook exercises where you name the 10 directors most important to you, right off the top of your head without cogitating or Googling, Carpenter made the list. (Along with Wes Craven and Paul Verhoeven and Michael Haneke and David Cronenberg and Tarkovsky and ... let's not get sidetracked, but it's a cool little self-administered personality test.) And it's not like "The Ward" is unbelievably terrible or anything. Hell, go see it, or better yet watch it on pay-per-view: It's a competent horror flick with creepy wide-screen atmospherics, a decent cast and a thoroughly worn-out premise, better than 75 percent of the genre.

But let's not kid ourselves: Carpenter's made a lot of junk over the years, and you could describe his entire career as a competition between brilliant concepts and indifferent execution. I mean, step right up to defend "Ghosts of Mars" and "Vampires" and "Escape From L.A." and "Village of the Damned," which were his last four movies before this one. Anyone? Yes, I hear you mumbling in the back, and it was cool, or halfway cool, to see Carpenter get back together with Kurt Russell's one-eyed Snake Plissken for "Escape From L.A." More accurately, it started out cool and then it got really sloppy, and that's exactly what I'm talking about. Carpenter gets by at least half the time on nifty ideas and half-baked left-wing social philosophy and his total DIY aesthetic (in his glory years, he usually directed, produced, co-wrote the screenplay, composed an electronic score and cast himself in a bit part). He's ambitious without being pretentious, he gets things done (or used to) and he's thoroughly likable. The world could do with more people like that.

But let's not confuse the fact that John Carpenter is awesome with the question of how good his movies are, compared with, y'know, good movies. I will defend his grotesque and terrifying 1982 "The Thing" against all comers; seeing it at a Times Square theater on opening night remains the most vivid moviegoing experience of my young life, and it remains one of the greatest of all monster movies. And "Halloween" is a genre-defining masterpiece, although I don't much care for the genre it defined. But a lot of Carpenter's films, including ones I'd gladly sit down and watch tonight, are big old steaming piles of mess.

Consider Carpenter's 1988 "They Live," maybe the cultiest of all his cult movies (and recently the subject of a book-length essay by novelist Jonathan Lethem). On one level it's a work of genius, and to crib from a review I don't remember writing, the finest Marxist science-fiction film ever to feature a professional wrestler. It's a half-intentional parable about the alienated nature of contemporary existence that presents the mass media as an instrument of hegemonic control. On another level, it's a dumb, drive-in-friendly B movie driven by clumsy gags and comically overdone ass-kicking scenes (a Carpenter specialty), which tried and failed to turn not-all-that-popular wrestler Roddy Piper into a movie star. What makes "They Live" unusual, maybe even unique, in film history is precisely the way it slams together a left-field philosophical position and an ultra-populist genre. (It's obviously a precursor to "The Matrix," and another comparison I'd suggest is Frank Capra's truly weird and dark "Meet John Doe.") In this case, the clumsiness and ingenuity react against each other, producing a film-as-dialectic (forgive me!) that transcends its genre, questions itself and the viewer, and ends up being much more than the sum of its parts.

Seen from two decades' distance, "They Live" looks like a happy, sloppy accident, or perhaps like angry and highly personal blowback from Carpenter's failure as a big-budget Hollywood director. Despite its reputation today, "The Thing" was a flop in 1982, when it lost the box-office war to "E.T." (Look at your $2,000 shoes in shame, Steven Spielberg!) After what you might charitably call mixed results with "Christine" and "Starman" and "Big Trouble in Little China," Carpenter was off the major studios' gravy train, essentially for good. (I will confess here that I pretty much can't watch "Big Trouble" and find Carpenter's brand of zany painfully heavy-handed. If you're in the fanclub, I'm all ears.)

Carpenter has made just seven feature films in the 23 years since "They Live," and none of them comes anywhere near that movie's bizarre pop alchemy. In fact, I'd argue that "In the Mouth of Madness," a deliriously enjoyable H.P. Lovecraft ripoff from 1994, is the only Carpenter movie in that entire time that seemed to engage more than half his attention. (Not that it entirely works, because it doesn't.) We can speculate that Carpenter wanted a career more like that of George Lucas or Martin Scorsese or Francis Coppola, who all started out in low-budget genre films and are slightly older than him. Maybe he's done all he wanted to do in horror movies and is sick of them and keeps on working for the same reasons most of us do. I'm only guessing; what I know is that here we've got a great or near-great or almost-great director who's made perhaps the fifth-best horror film of the year.

"John Carpenter's The Ward" opens July 8 in New York, Los Angeles and other major cities. It's also available on-demand from many cable and satellite providers.