A lead is demoted to a guest-star position, while two other series regulars find full-time employment on Fox's hit 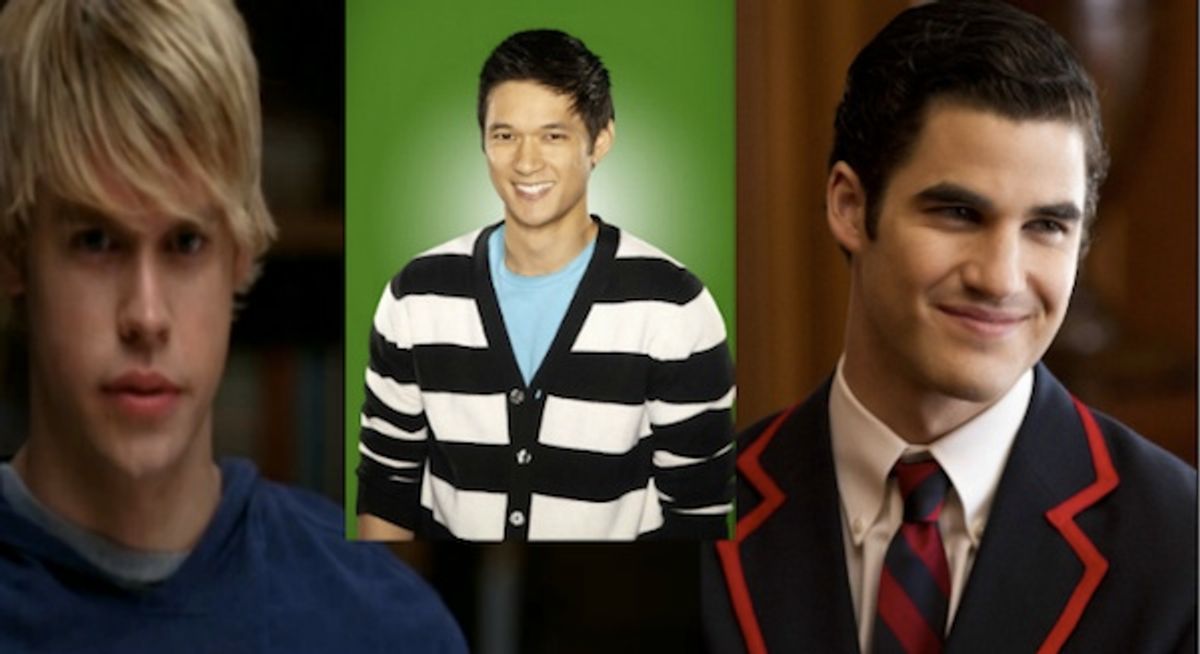 Which Gleek won't be going in a New Direction?
--

Looks like Mercedes and Sam won't be having that love affair after all: "Glee" actor Chord Overstreet's position has been cut from the third season after only one semester at McKinley High. But it's not all terrible news ... Deadline Hollywood has it from sources that his character Sam may be coming back as a guest star. In his place, two other roles will be promoted to full time: Darren Criss as Kurt's Warblers boyfriend, Blaine, and Harry Shum Jr. as Tina's boyfriend, Mike Chang.

These changes shouldn't come as too much of a surprise. "Glee" could never really figure out what to do with Chord's character -- the blond bass-mouth who looked like a more wholesome Culkin brother -- but Criss stole the show last season as the confident, preppy Blaine. His covers of "Teenage Dream" and "Hey, Soul Sister" brought new life to the overplayed Katy Perry and Train songs.

The fact that New Direction's rival team the Warblers released their own album earlier this year can be credited almost entirely to Criss' catchy reimaginings of Top 40 songs.

Meanwhile Shum was a shoo-in for a series regular the moment Ryan Murphy gave his character a last name. (The first season he was mostly referred to as "Asian Mike," or "the other Asian.") Still, it must sting a little for Overstreet to have lost his position in the "Glee" cast to an actor who has no singing ability to speak of. Shum's breakout performances on the show have all been incredible dance numbers, like his routine from "Singing in the Rain" with Matthew Morrison.

Ashley Fink, who plays the only other non-singer in the club, Lauren Zizes, will remain a guest star, and her presence on the show may even be diminished. Wonder if her absence will make Puck go back to his bad-boy ways.