Kathy Griffin vs. Michele Bachmann in an elevator 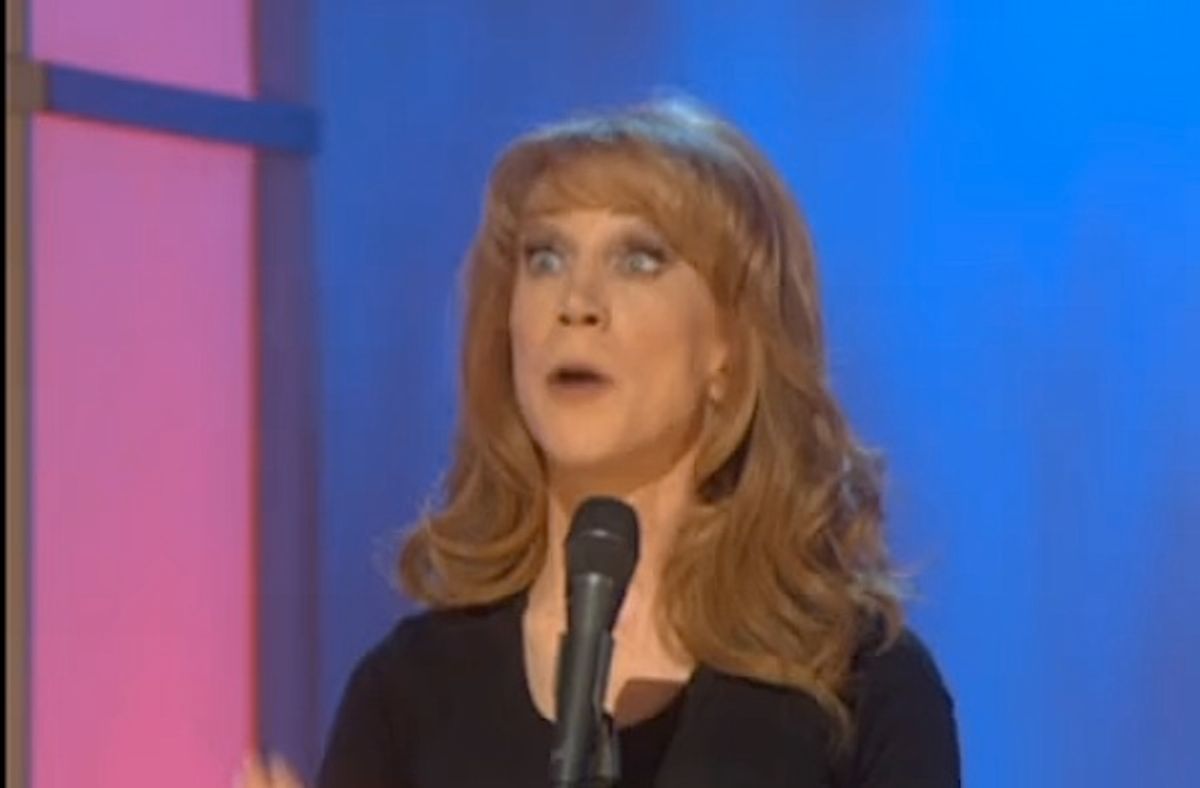 There are times when I find Kathy Griffin shrill, annoying and just not that funny. (Her New Year's Eve coverage is usually a great example of this.) However, when it comes to the matter of gay rights, the "My Life on the D-List" star uses her outspoken brashness in exactly the right way: like a kid with ADD who suddenly figures out how to focus on her math homework without the use of Ritalin.

Such was the case when Kathy recounted her recent meeting with Rep. Michele Bachmann on an elevator, during which the politician's assistant, without asking permission, turned on her Flip cam to record their interaction. Time for Kathy to go down to Michele's job and knock the stupid out of her mouth.

Kathy's misuse of the word "punk" here sums up what irks me about her (not every time a celebrity turns on a camera does it count as an Ashton Kutcher candid prank moment), but it's pretty scathing and hilarious nonetheless. I wonder if we'll ever get to see this video and (follow-up question) whether Congresswoman Bachmann is actually looking at Kathy during this encounter or staring intently at the elevator buttons when responding.

Update: Kathy certainly is getting a lot of milage out of this story ... not only did she use it as part of her bit on Bravo, but she also told the tale during the D.C. repeal rally in March and again on "The Joy Behar Show" the same month. Interestingly, on "Behar" she leaves out the whole "trapped in an elevator" scenario, which is really what makes this vignette interesting. Unless of course this Bachmann run-in has occurred multiple times: in some sort of perpetual loop of bigotry, punking and Flip cams.