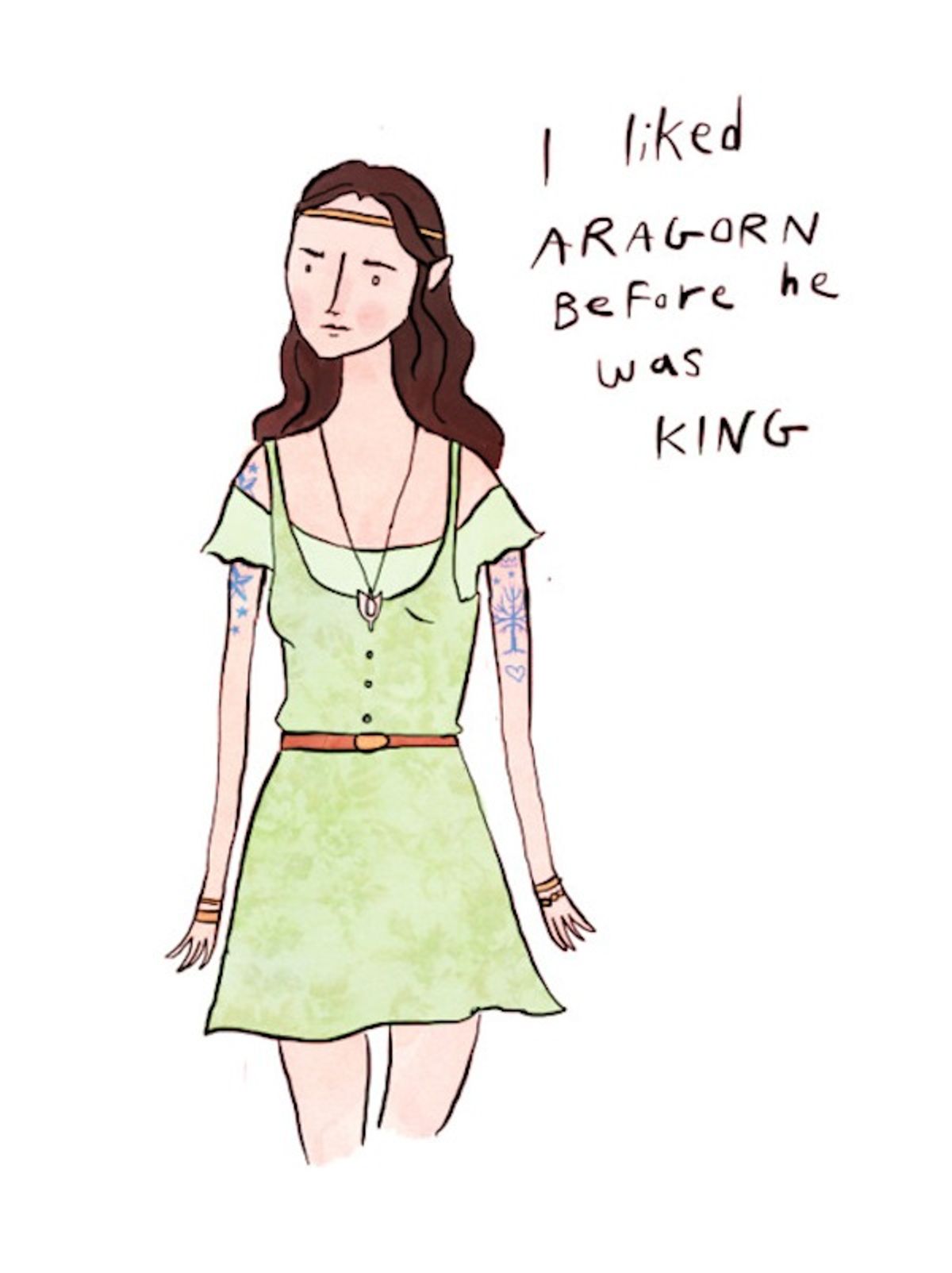 "The Broship of the Ring" by Noelle Stevenson.
--

1. PSA of the day: Don't drink and buy puppies! A pet store in Greenwich Village has banned boozy patrons from purchasing dogs. Finally, taking responsibility for a live animal requires the same amount of mental wherewithal as getting a tattoo.

2. Cover of the day: They Might Be Giants goes "Tubthumping" for The Onion's A.V. Undercover series. "I get knocked down, and I get up again…"

3. Performance slide of the day: Grantland has declared Natalie Portman to be the actor who most "cuba'd" their Oscar cred in 2011. Thanks, "No Strings Attached."

4. Saddest idiom of the day: "The apple doesn't fall far from the tree"... at least not in the case of Weston Cage, who was arrested with his wife on domestic battery charges over the weekend.  In April, father Nicolas Cage was taken in for a similar charge.

5. Tolkien dudes of the day: "Broship of the Rings," an amazing series of illustrations by Noelle Stevenson. Did you know the Elvish language doesn't even have a word for hipsters??