Rick Perry and George W. Bush don't like each other 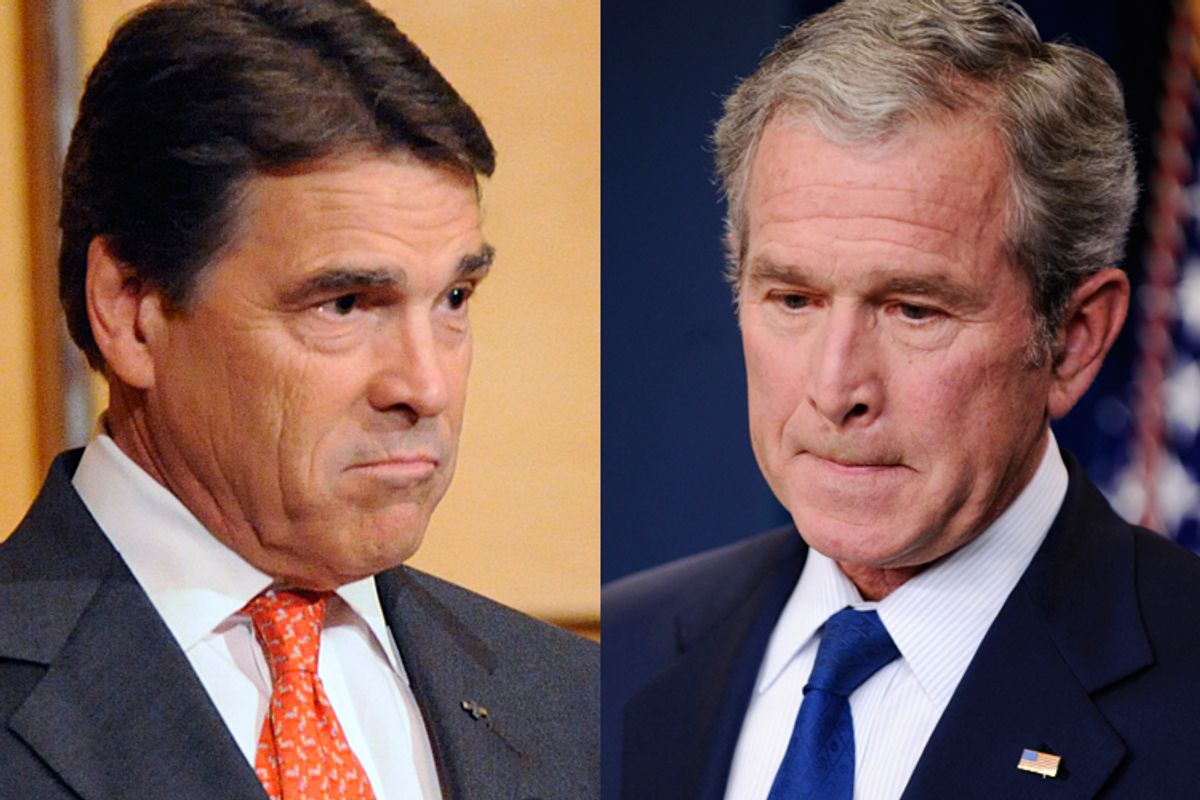 Rick Perry was Bush's lieutenant governor. Whether the two men personally like each other is totally unknown (politicians don't like other humans anyway; that is why they go into politics), but Perry is "signaling" that he is very different from Bush because Bush was a terrible president who left office hated by everyone and Rick Perry would maybe like to be the next president (or he is at least surrounded by people who think he could be the next president).

Perry is distancing himself from Bush mostly by hating immigrants and healthcare for poor people and by basically announcing that he is against the small number of things Bush did to convince people that the Republican Party had grown a heart.

The conflict is really about class (just like most other conflicts), because Bush is a Connecticut Yankee from a rich and powerful family and Rick Perry was just some guy until Karl Rove made him a Republican and Bush made him Lt. Gov. Perry (and began imitating him, I think). As the Times noted:

Mr. Bush had returned to his hometown of Midland in 1975, to break into the oil business, after his years at Phillips Academy, Yale and Harvard Business School — time away from the state that Mr. Perry’s close associates brought up frequently in interviews. Mr. Perry returned to his struggling family farm in Paint Creek roughly two years later, after graduating from Texas A&M and serving as a captain in the Air Force.

This is "important" because should Perry decide to run, the Bush people -- the sort of powerful Republicans who traditionally decide the party's presidential nominee -- will fight him. Even in a year where it looks like the grass-roots crazies will have more power than they've had since the Goldwater nomination, you don't want the elites aligned against you. (This is part of the reason Huckabee, who polls great, would rather just be on TV. The elites all hate him for some reason.)

So Rick Perry should stop saying mean things about "No Child Left Behind" if he wants to be president.