Jury hands down decision after only 10 hours of deliberation 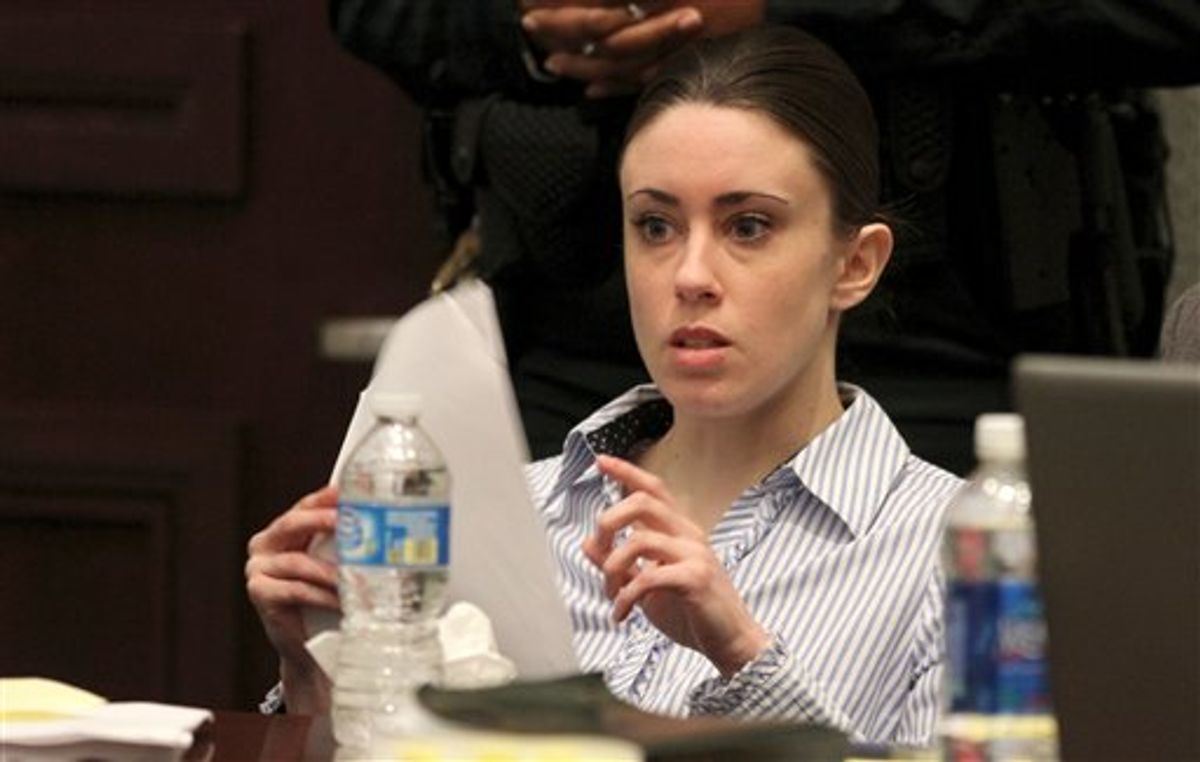 CORRECTS DESCRIPTION OF ACTIVITY SHOWN IN THE PHOTO-- Casey Anthony goes over paperwork during a break on the final day of arguments in her murder trial at the Orange County Courthouse in Orlando, Fla. on Monday, July 4, 2011. Anthony has plead not guilty to first-degree murder in the death of her daughter, Caylee, and could face the death penalty if convicted of that charge. (AP Photo/Red Huber, Pool) (AP)
--

The jury reached a verdict Tuesday in the murder trial of Casey Anthony, who is accused of killing her 2-year-old daughter Caylee.

Judge Belvin Perry says he will read the verdict at 2:15 p.m. EDT.

The Florida jury deliberated for more than 10 hours over two days. If convicted of first-degree murder, the 25-year-old Anthony could get a death sentence.

She could also be acquitted or convicted of second-degree murder or manslaughter.

She is also charged with lying to sheriff's detectives investigating her daughter's 2008 disappearance.

The jury of seven women and five men had worked through much of the long weekend, hearing closing arguments Sunday and Monday morning and deliberating for six hours that afternoon.

Prosecutors argued Monday that Anthony killed her 2-year-old daughter Caylee in June 2008 because the toddler interrupted her carefree partying and love life. The day before, defense attorneys maintained their argument that the girl's death was an accident.