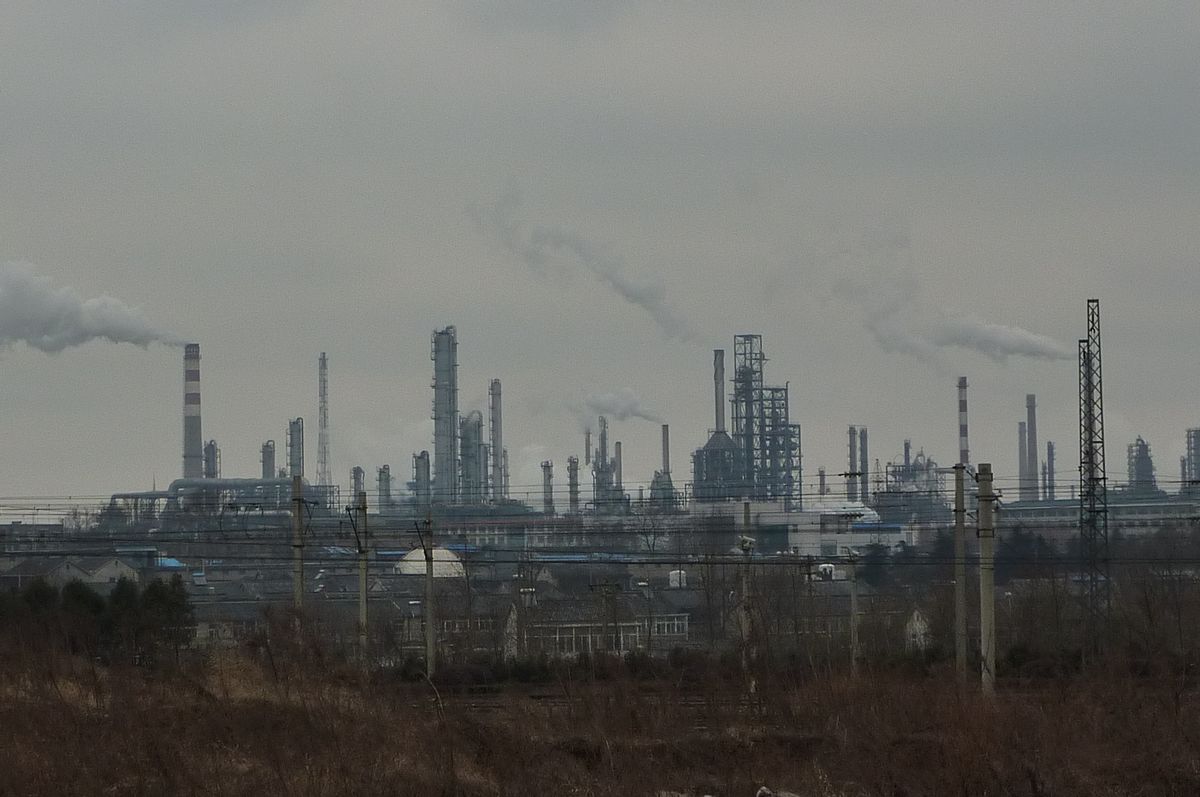 Industrial plants in the Qixia district of Nanjing, China.
--

Scientists have come up with a possible explanation for why the rise in Earth's temperature paused for a bit during the 2000s, one of the hottest decades on record.

The answer seems counterintuitive. It's all that sulfur pollution in the air from China's massive coal-burning, according to a new study.

Sulfur particles in the air deflect the sun's rays and can temporarily cool things down a bit. That can happen even as coal-burning produces the carbon dioxide that contributes to global warming.

"People normally just focus on the warming effect of CO2 (carbon dioxide), but during the Chinese economic expansion there was a huge increase in sulfur emissions," which have a cooling effect, explained Robert K. Kaufmann of Boston University. He's the lead author of the study published Monday in Proceedings of the National Academy of Science.

But sulfur's cooling effect is only temporary, while the carbon dioxide from coal burning stays in Earth's atmosphere a long time.

Now, Chinese leaders have recognized the effects of that pollution on their environment and their citizens' health and are installing equipment to scrub out the sulfur particles, Kaufmann said.

Sulfur quickly drops out of the air if it is not replenished, while carbon dioxide remains for a long time, so its warming effects are beginning to be visible again, he noted. The plateau in temperature growth disappeared in 2009 and 2010, when temperatures lurched upward.

Indeed, NASA and the National Oceanic and Atmospheric Administration, have listed 2010 as tied for the warmest year on record, while the Hadley Center of the British Meteorological Office lists it as second warmest, after 1998.

Sulfur's ability to cool things down has led some to suggest using it in a geoengineering feat to cool the planet. The idea is that injecting sulfur compounds very high into the atmosphere might help ease global warming by increasing clouds and haze that would reflect sunlight. Some research has concluded that's a bad idea.

Using enough sulfur to reduce warming would wipe out the protective Arctic ozone layer and delay recovery of the Antarctic ozone hole by as much as 70 years, according to an analysis by Simone Tilmes of the National Center for Atmospheric Research in Boulder, Colo. This is the ozone layer that is high above Earth and protects against harmful UV rays, not the ground level ozone that is a harmful pollutant.

Overall, global temperatures have been increasing for more than a century since the industrial revolution began adding gases like carbon dioxide to the air. But there have been similar plateaus, such as during the post-World War II era when industrial production boosted sulfur emissions in several parts of the world, Kaufmann explained.

Atmospheric scientists and environmentalists are concerned that continued rising temperatures could have serious impacts worldwide, ranging from drought in some areas, changes in storm patterns, spread of tropical diseases and rising sea levels.