Why is Michael Vick shilling for Nike?

The athlete gets an endorsement deal -- but is advertising redemption too soon? 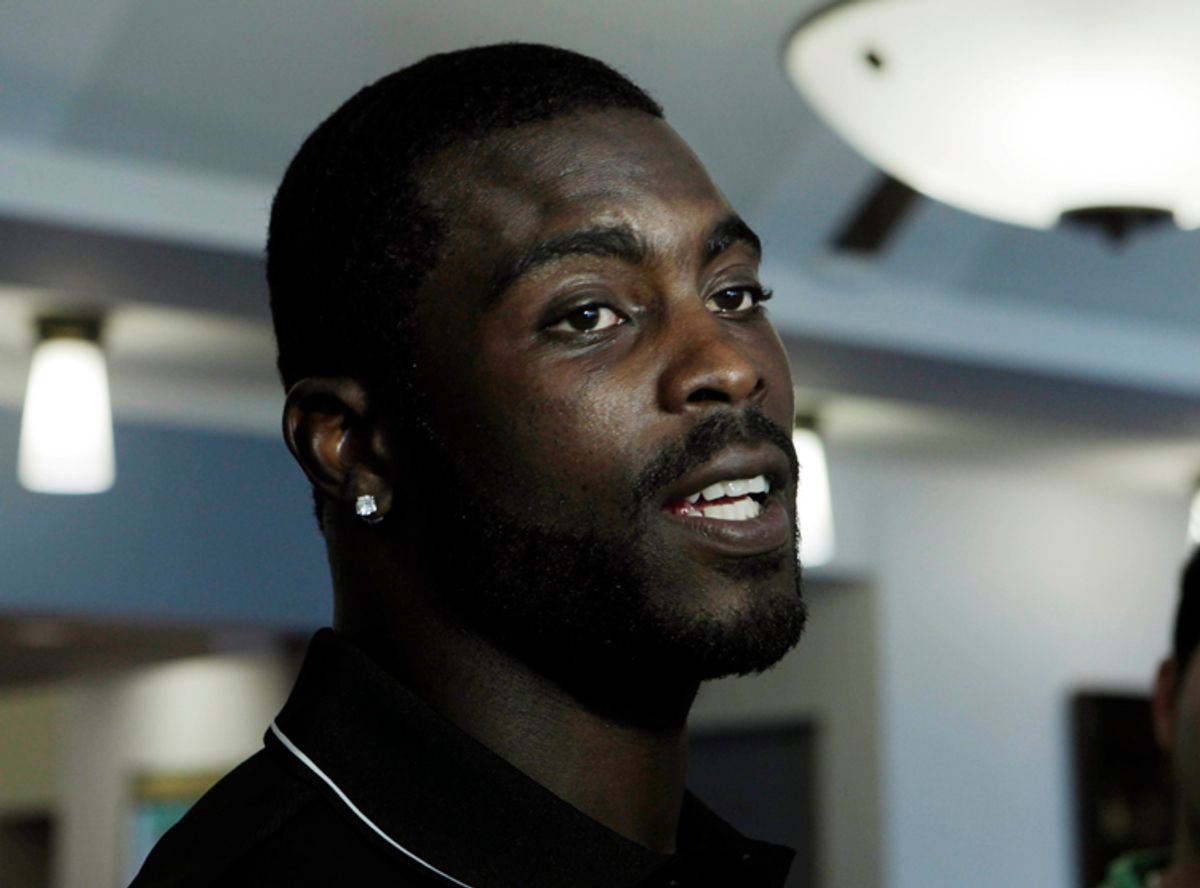 Michael Vick's rocky road to public redemption goes on. The quarterback, who served nearly two years in prison for his role in a dog fighting ring, has, since signing with the Philadelphia Eagles in 2009, grown into the kind of player that legendary games are made of and become an advocate for the Humane Society. But is America ready to accept him again as a sneaker pitchman? Nike, which dropped Vick's endorsement deal and halted the release of a signature Zoom Vick V shoe shortly after he pleaded guilty to federal felony charges in August 2007, has signed him back up. The deal is reported to be the first time a company has brought back a celebrity it previously dropped.

Though the details of the deal were not disclosed, Nike told CNN in a statement: "Michael acknowledges his past mistakes. We do not condone those actions, but we support the positive changes he has made to better himself off the field." Vick, for his part, says, "I am thrilled to be on the Nike roster." Yet not everyone is quite as psyched. A Facebook campaign to boycott Nike has already been launched, and high-profile opponents are voicing their disgust on Twitter. This week "One Tree Hill's" Sophia Bush tweeted, "NIKE just signed Michael Vick!? Done. Over. Lost customer. NEVER wearing Nike again"; "Playboy Club's" Jenna Dewan-Tatum tweeted, "Playing football again in NFL is second chance. having fans is second chance. NOT role model endorsement deals"; and"Big Bang Theory's" Kaley Cuoco wrote simply, "Dear Nike, I'm disappointed."

It's unlikely that Nike cares profoundly about Kaley Cuoco's opinion, any more than it does about encouraging Vick's personal growth or the private demons of another fallen star it has stood behind – Tiger Woods. Vick is a famous athlete and as such he's the sort of person who gets paid large sums of money to sell sneakers, so that's what Nike's doing. Yet the idea that someone who's done something utterly appalling should go on to enjoy not just his old job but wealth, acclaim and fat endorsement deals doesn't quite accord with many people's conventional sense of justice. It seems somehow wrong that animals suffered and died because of Vick's actions, and now he's seemingly back on top of the world.

Yet fame and wealth aren't based on one's value as a human being -- if they were, Charlie Sheen wouldn't be able to sell out Radio City Music Hall. It's not that Vick's current work for the Humane Society means that he somehow deserves endorsement deals -- it's that it's flawed logic to assume there's a meritocracy of athletic overcompensation to begin with.

Had Vick never gone to jail or taken up the cause of animal rights, it'd be easy to be outraged as his success. But he did. In addition to speaking out about dog fighting in schools and public events, Vick was outspoken last spring in his criticism of an Android "Dog Wars" game. Compare Vick, for example, with chart topping domestic abuser Chris Brown's continued tantrums over "bringing this past shit up." Vick can't undo his past. He can't bring back what's been lost. He can only grow up and try to do better and remind us that animals aren't the only ones deserving of mercy. His critics say he shouldn't represent Nike because he's a poor role model. But sometimes, a man who's done bad things has a chance for greatness that saints never dream of. And though it seems unfathomable to understand the crimes he's committed and the person he is now, Michael Vick would still like you to walk in his shoes.