Of the over 25,000 questions tweeted in, only a handful will be selected, but probably not these hilarious gems 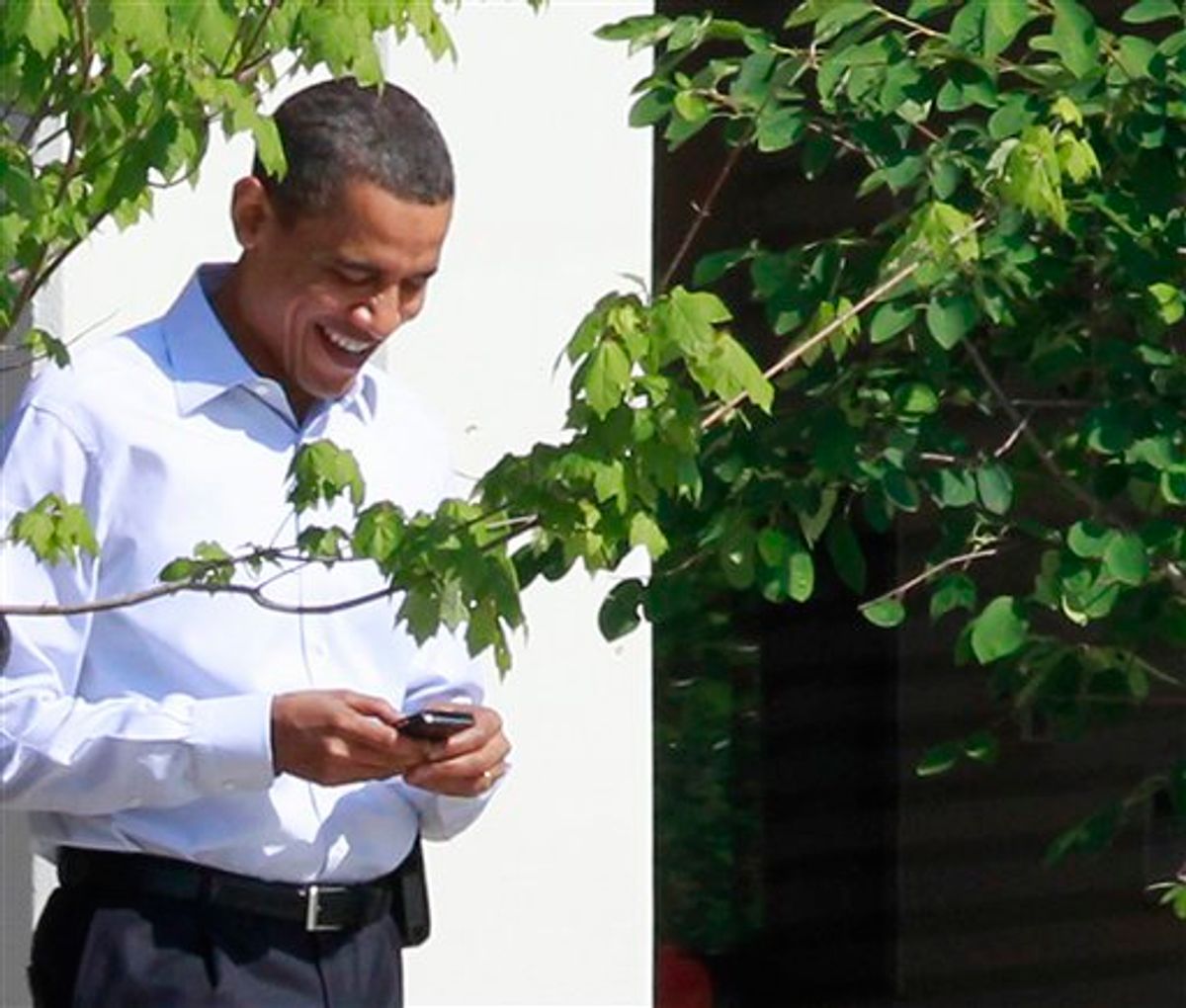 FILE - In this June 3, 2010 file photo, President Barack Obama uses his BlackBerry e-mail device as he walks at Sidwell Friends school in Bethesda, Md. Call him the Digital Candidate: President Barack Obama has asked supporters to use Facebook to declare Im in for his re-election campaign and has begun using Twitter to communicate with his nearly 9 million followers. If Obama broke new ground using email, text messages and the Web to reach voters in 2008, Obama version 2.0 aims to harness the expansive roles that the Internet and social media are playing now in voters lives. (AP Photo/Charles Dharapak, File) (AP)
--

President Obama is taking part in a Twitter town hall Wednesday afternoon, answering questions posed via Twitter with a focus on the economy. Over 25,000 Twitter users so far have sent in a questions using the #askobama hashtag. Of these questions, a few will be selected algorithmically (so that the most popular themes are addressed) and by a team of curators chosen by Twitter including, student writers, economics professors, business writers and bloggers from both sides of the political spectrum.

We can be sure, therefore, that even if Obama is confronted with some tough questions (which is in itself pretty doubtful, as the Washington Post's Chris Cillizza notes), some of the best, funniest tweets that have been sent his way will not make it to the town hall. But we'll give them (some of) the publicity they deserve here:

Other tweeters were equally creative: