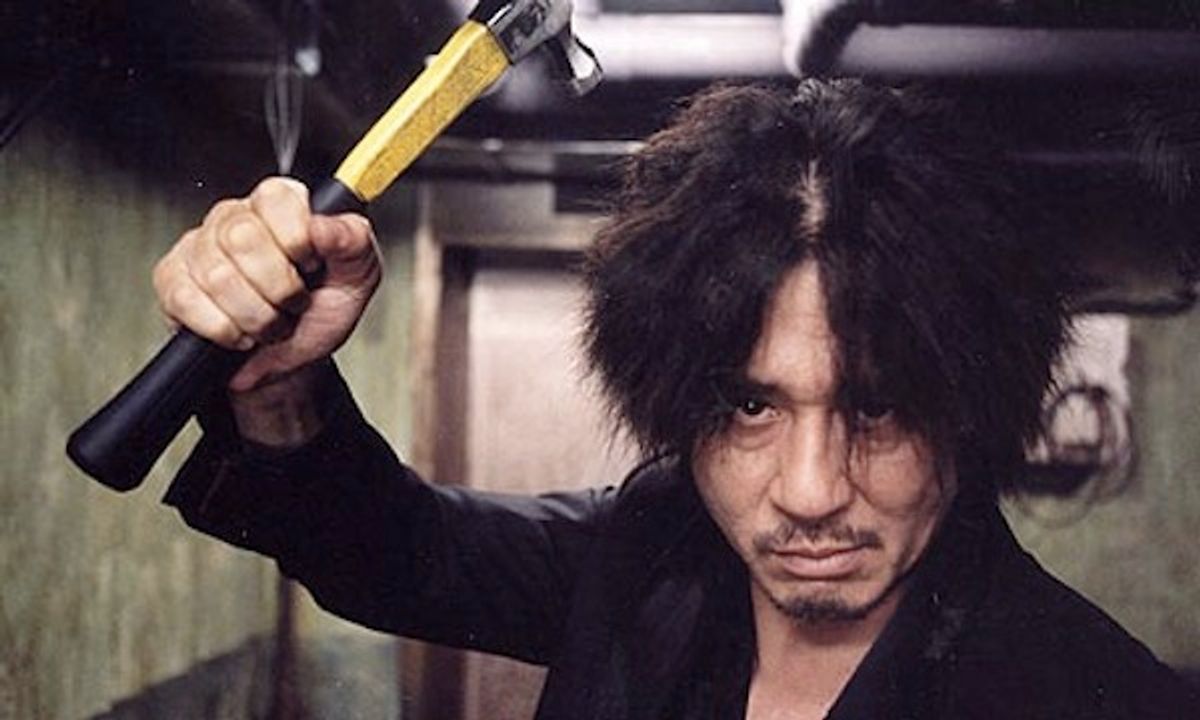 Warning: This article contains a major plot spoiler for the film "Oldboy."

Since Park Chan-wook's South Korean revenge flick "Oldboy" won the Grand Prix at Cannes in 2004, producers have been trying to find a way to bastardize the project into a more American-friendly version. Steven Spielberg and Will Smith have both been attached to the title since 2008 (after director Justin Lin and Nic Cage dropped out of the running), though rumors have been swirling that the project has been dead in the water for at least a year.

There are basically two camps of thought on an "Oldboy" remake: the people who think that adapting the story of Oh Dae-Su -- a man locked in a hotel room for 15 years and then mysteriously freed in order to find his captors -- from either its original Japanese manga or its cinematic counterpart is a terrible idea ... and those who aren't familiar with the story.

Because the truth is, nobody familiar with the themes and imagery in "Oldboy" would ever consider Spielberg or Smith a good fit for such a dark, violent and challenging film. Though the source material has some comedic moments, major plot developments revolve around (SPOILER ALERT) at least two counts of incest. There are also gory scenes in the film that could rival anything Eli Roth or those "Saw" guys could put out, including a climatic moment where a character cuts out his own tongue.

So, no, "Oldboy" just doesn't scream "Spielberg" to me ... or Smith, for that matter. Tarantino? Maybe. But not the guy who directed "E.T." or the Fresh Prince. Considering the queasy live sushi scene below is one of the "lighter" moments in the movie, could you really see Wills pulling it off?

As of yesterday, however, Spike Lee's name has been floating around as a new director for the film. (He is apparently "in talks" with Mandate.) Even though it's only a rumor, it's possibly a game-changing one: Lee's style is far more gritty and violent than Spielberg's, and if Smith is still attached to the project, we'll be far more likely to see an "I am Legend" performance than a "The Pursuit of Happyness" one with Spike at the helm.

If this movie does happen, the most we can hope for is that it doesn't try to replicate the brilliant weirdness of Park Chan-wook's adaptation. Instead, it could start from scratch with the manga, with Lee creating his own stylized world for Oh Dae-Su to navigate. I don't have much faith in an American "Oldboy," but at least now there is a little more to hope for.