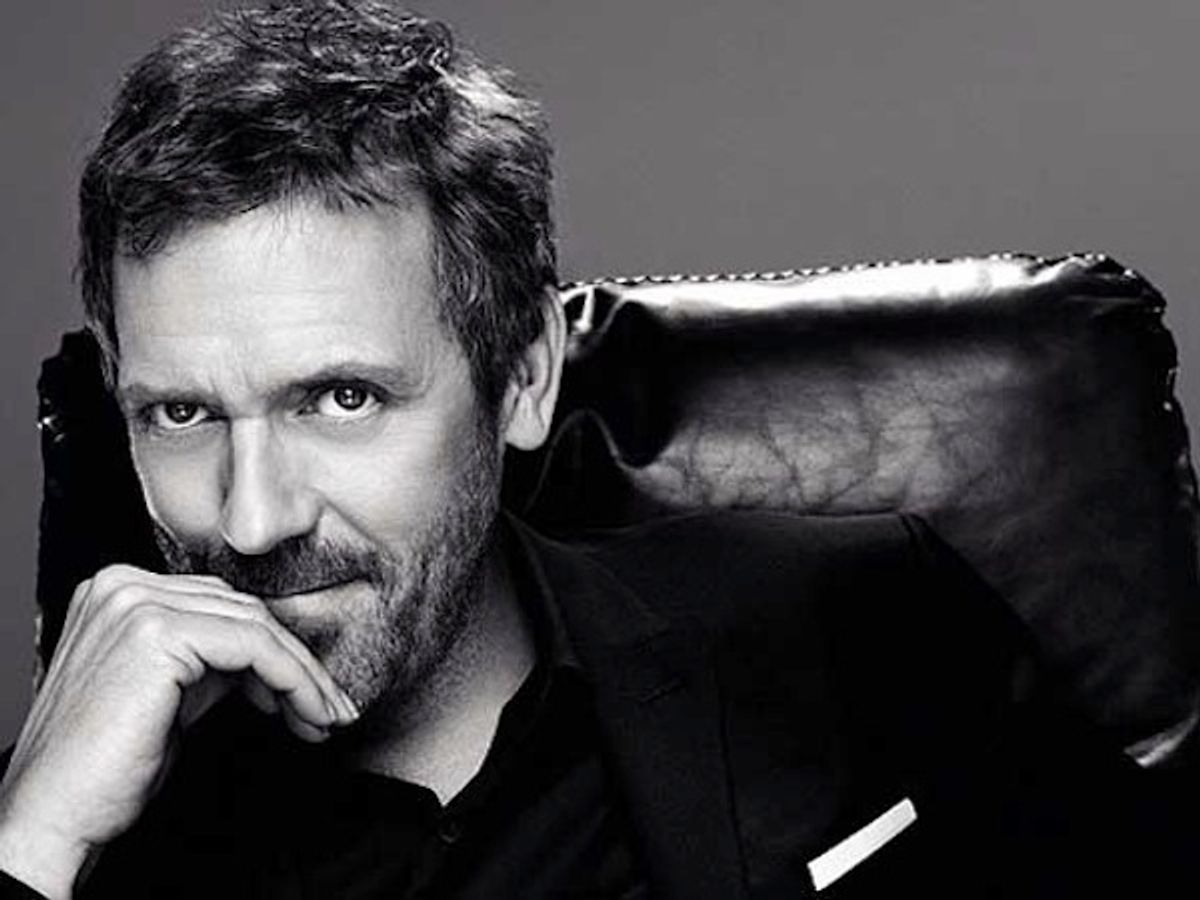 Hugh Laurie as the new face of male makeup.
--

1. Insane Clown Posse news of the day: Charlie Sheen will be hosting the 12th annual Gathering of the Juggalos. Maybe this year they will hit him in the head with feces, like they did with Tila Tequila. Also, I am hoping the festival still looks like this:

2. Even more Sheen of the day: Charlie Sheen's post "Two and a Half Men" show has been revealed as a TV version of the movie "Anger Management."  You remember, that movie with Adam Sandler and Jack Nicholson? Oh, you don't? Well, we're sure this will work out fine, anyway.

3. Baby name of the day: Natalie Portman and Benjamin Millepied are calling their son Aleph, which is the first letter from the Hebrew alphabet. Still better than Apple. Or Pilot Inspektor.

4. Horror shot of the day: The first still from Joss Whedon's co-written creeper "The Cabin in the Woods" has arrived, and boy does it look ... vague? Also, kind of like the movie "Cabin Fever." (But with hopefully less face-melting)

5. Best "House"-related endorsement: Hugh Laurie is now the face of L'Oreal Paris for Men. (The special ingredient is Vicodin.)