The AMA takes a tough new stand on unrealistic images -- but will advertisers listen? 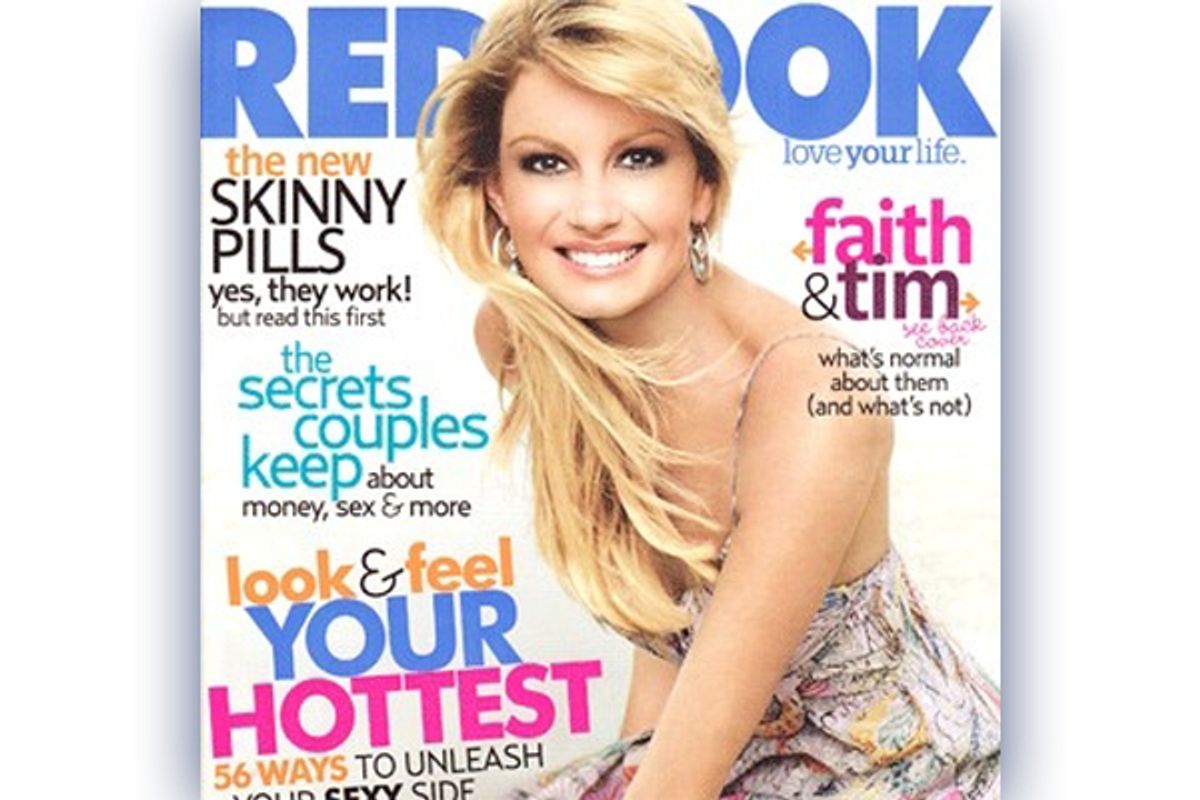 Warning: Jeans ads may be hazardous to your health. The American Medical Association voted at its latest convention to adopt a policy to "encourage advertising associations to work with public and private sector organizations" to discourage airbrushing or retouching in advertising, "especially those appearing in teen-oriented publications."

A number of high-profile Photoshop disasters have, in recent years, illuminated the editorial mania for credibility-straining images. In 2007, Jezebel famously exposed a before-and-after Redbook cover image of Faith Hill with her arms considerably thinned and the crinkles around her eyes – as well as her entire clavicle – helpfully removed. In 2009, Demi Moore's hip not only appeared smaller than her thigh for the cover of W, but her entire body seemed to have been lifted straight off a Polish model's catwalk strut.  And then, as the AMA points out, there was that notorious Ralph Lauren ad in which "a model's waist was slimmed so severely, her head appeared to be wider than her waist."

In response to a fair amount of public disgust at these obviously phony images, there has already been a rise in unaltered photo spreads --  a gimmick advertisers and magazine editors have seized upon to get attention for their supposedly keeping-it-real values. But the fantasy of flawlessness is still a big part of what sells products, and if you and I can get accustomed to the joy of messing around with reality, it's going to be tough getting Anna Wintour -- who two years ago defended the way that retouching images helps people "look their best" -- to step away from it.

But do unrealistic images really lead to unrealistic expectations, especially for young people? They can't help, especially when they're part of a culture that's as dysfunctional about weight and beauty and youth as ours is. The AMA cite statistics that show the dispiriting range of negative body image in our country -- nearly half all girls between the ages of 3 and 6 are worried that they're fat, and 78 percent of 17-year-old girls say they're unhappy with their bodies.

When Self magazine whittled the living daylights out of Kelly Clarkson two years ago, editor Lucy Danziger shrugged that they were just trying to make her look her "personal best," a favor Clarkson herself did not ask for. That's the thinking the AMA is trying to shake up, the notion that "best" equals something that isn't even possible, or that being realistic is simply a publishing stunt. Barbara McAneney, a physician on the AMA board of trustees, said this week that "we must stop exposing impressionable children and teenagers to advertisements portraying models with body types only attainable with the help of photo editing software." It's one thing to clean up a zit. It's another to turn a living, breathing woman into a cyborg. And as the plenty gorgeous Kate Winslet said when GQ took liberties with her form back in 2005, "I do not look like that. And more importantly, I don’t desire to look like that."