What we know about the Internet from watching movies

Slide show: There's nothing quite so baffling as how cinema perceives the World Wide Web 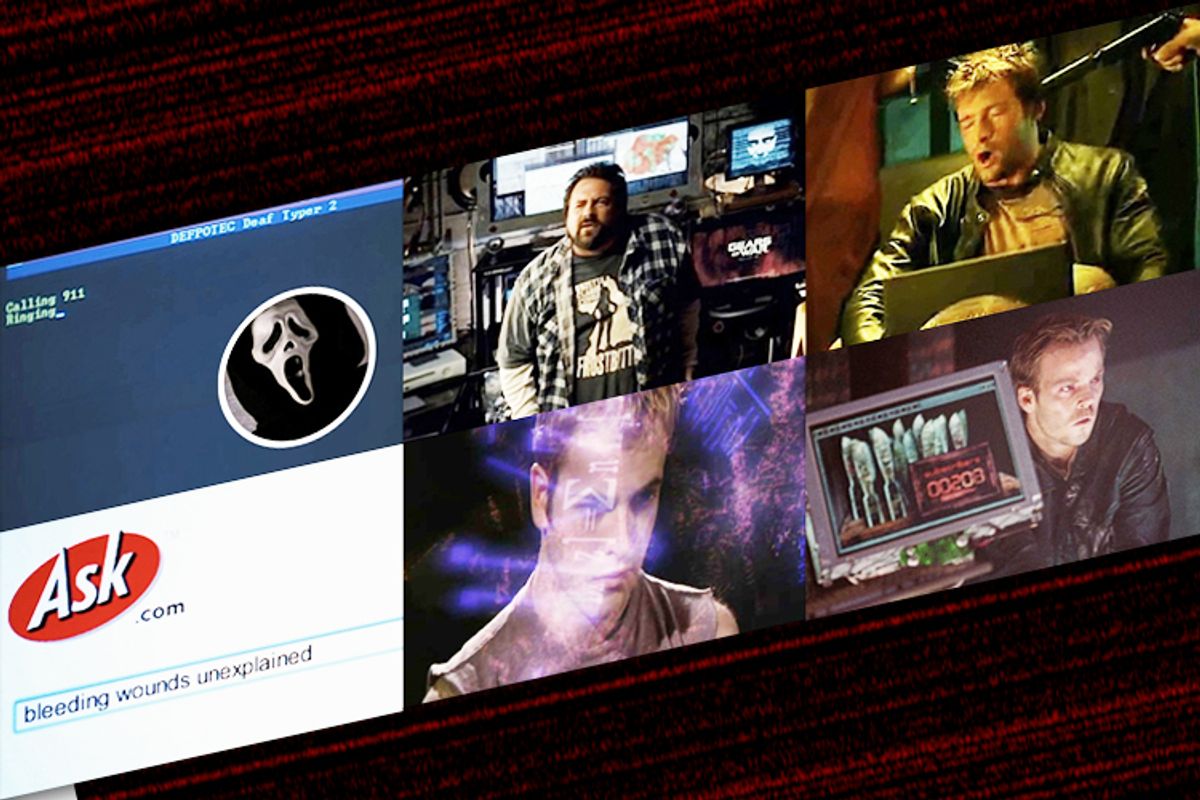 With all the people in Hollywood working on scripts saved to their MacBooks or slaving away as post-production interns for James Cameron, you'd think some of this tech-savvy would slip into the films being produced. For some strange reason, however, movie culture always seem to be woefully, hilariously misinformed when it comes to matters of the Internet.

We may forgive "Lawnmower Man" and "Tron" for making us believe that soon we'd all be able to upload ourselves into a giant mainframe computer by now, but how can you excuse every action movie where some ripped muscleman pounds away at a keyboard until he magically cracks the code to a top-secret government computer system? (Don't believe me? Check out this very conclusive chart of mainstream movie hacking.) Or how about the terrible invented browsers and webpages used in movies like "Clueless," "Wall Street 2" or "The Bourne Identity"?

Below, an homage to all the misinformation Hollywood has given us about using the Internet: both today's technology, and that of the future. Welcome to the Matrix ... now let's unplug.