Crossroads GPS writes "TAXES" on the president's face, for a split second 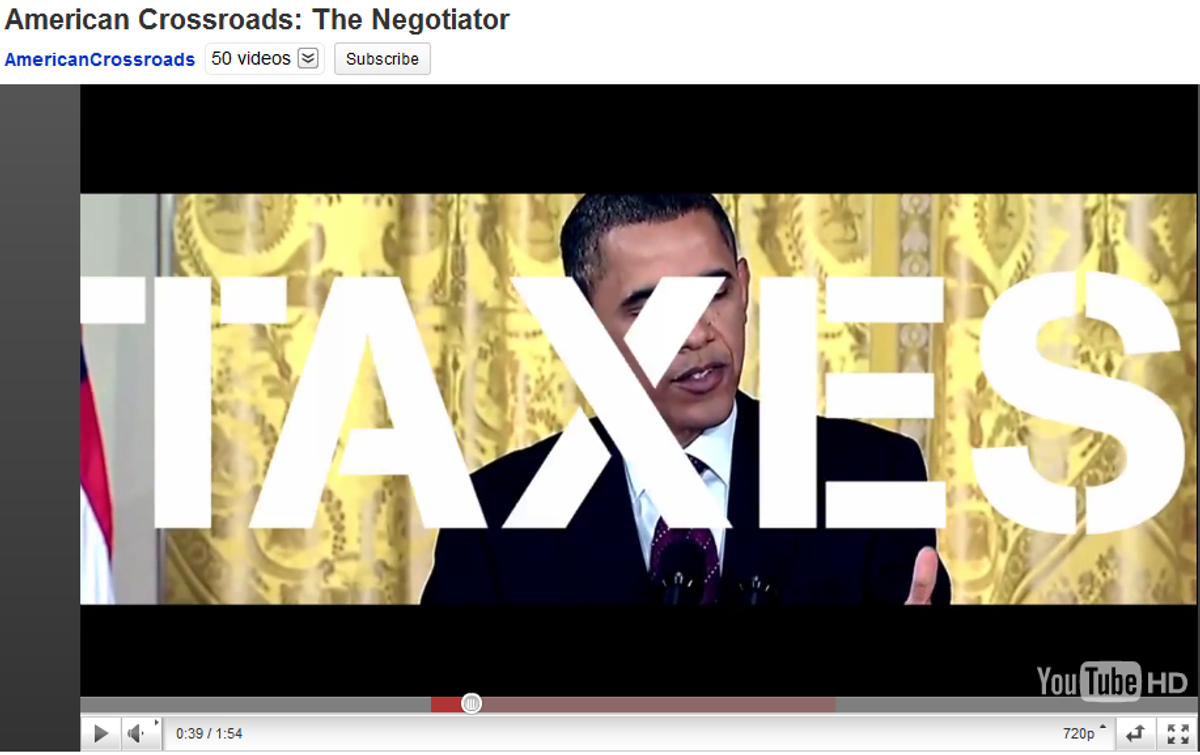 Karl Rove's Crossroads GPS has some "Web ads." Web ads used to be a pretty good way for a political campaign to get some free publicity, because reporters and political bloggers would be like, "Check out these ads," and you wouldn't have to pay anyone to air them, saving you quite a bit of money. Now, though, there are so many Web ads that winning that free publicity is harder. Rove group dislikes Obama! Who cares!

That's why Crossroads GPS put some subliminal messaging in this one! It happens 39 seconds in, for just a split second: The word "TAXES" appears over an image of Obama, thus reinforcing the idea that Barack Obama something something taxes.

"Subliminal messaging" is basically a big joke, so I imagine the point of this was actually just to get this ad picked up on the political blogs and also to OUTRAGE a bunch of lefties. So fight back! Don't get outraged!

Oh, Ben Smith reminds us of when a 2000 ad for Bush said "RATS" on top of Al Gore -- did that even make sense? RATS! Doesn't Al Gore just remind you of RATS?