Casey Anthony to be free next Wednesday

Acquitted murder suspect sentenced to four years for lying, but gets credit for time served 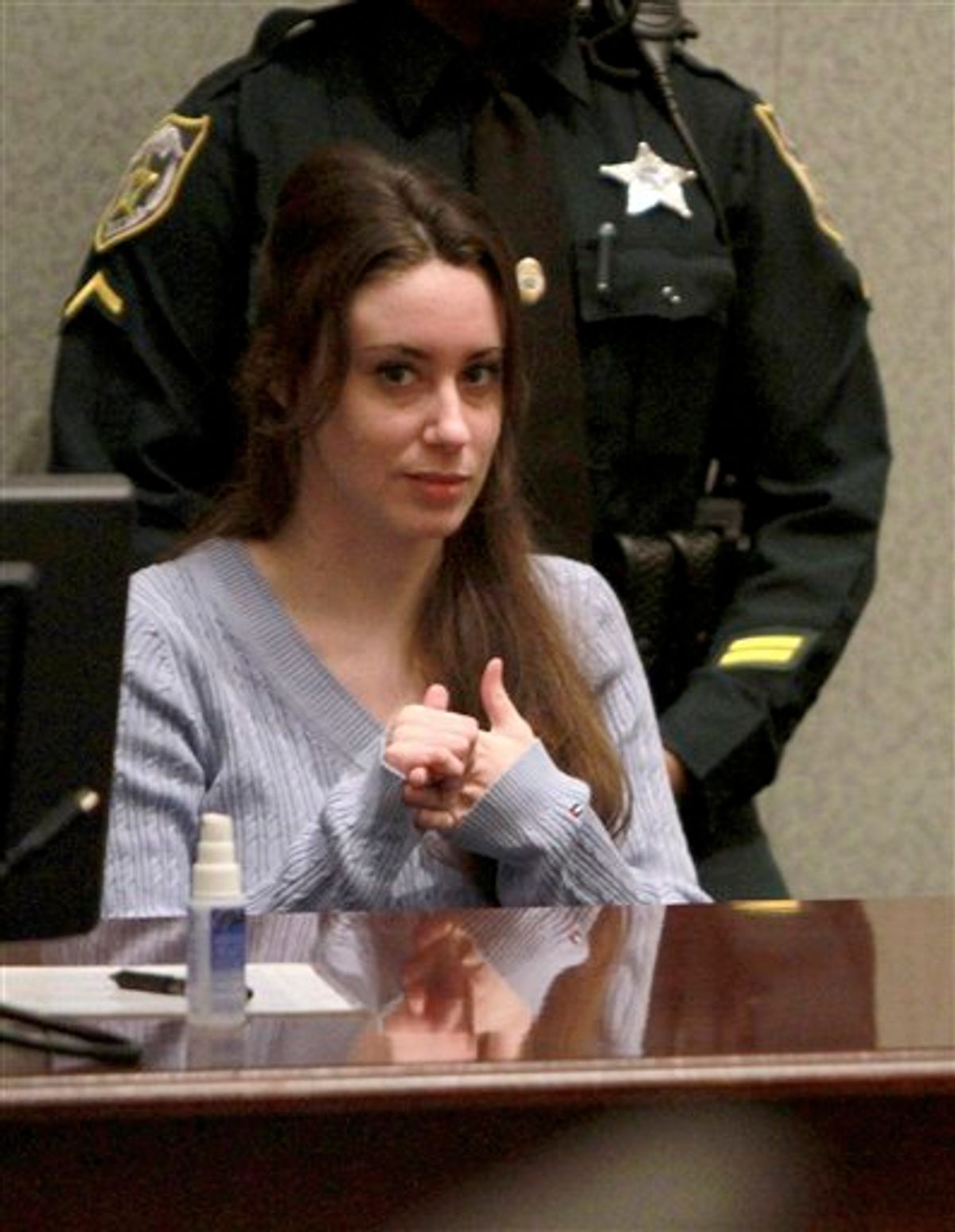 Casey Anthony sits in the courtroom before a sentencing hearing in Orlando, Fla. on Thursday, July 7, 2011. Anthony was acquitted of killing her daughter, Caylee, but faces four charges of lying to police officials. (AP Photo/Joe Burbank, Pool) (AP)
--

A court official says Casey Anthony is going to be released from jail next Wednesday following her conviction for lying to authorities who were investigating the death of her 2-year-old daughter, Caylee.

Anthony was sentenced to four years in jail earlier Thursday, but she is receiving credit for the time she has already served as well as good behavior. She has been in jail for nearly three years.

Anthony was acquitted of murder in the death of her child Tuesday.