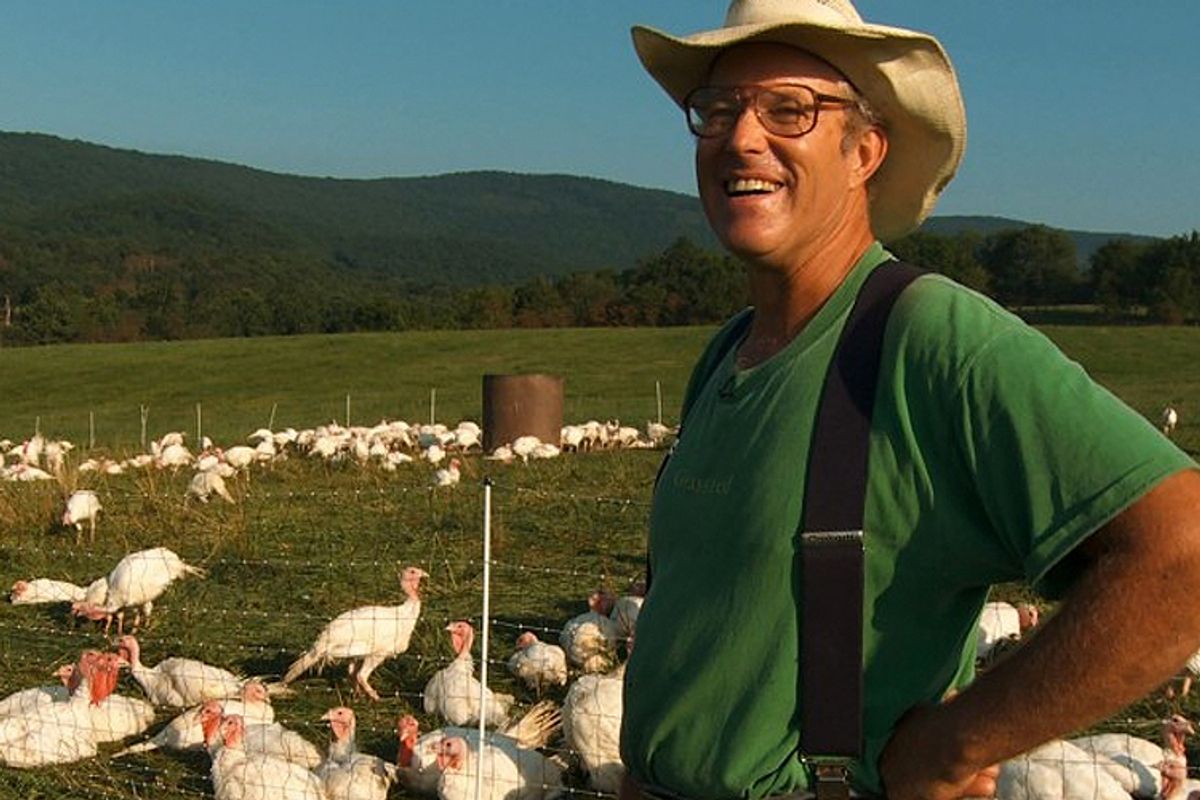 A still from "Farmageddon"
--

Let me heal America's political divide with an issue that can bring together enviro-lefties and free-market conservatives: In this back-to-basics era when the demand for traditionally produced food has exploded, government regulation of small farmers is often capricious and incoherent. Kristin Canty's documentary "Farmageddon" isn't memorable cinema, and it follows a familiar formula. Activists, farmers and foodies make the case for locally grown and minimally processed food, and we hear a lot of anecdotes about governmental overreach, while the bureaucrats either damn themselves by keeping their mouths shut or damn themselves by talking and saying nothing. A Vermont family has its entire herd of imported sheep destroyed, thanks to a completely imaginary outbreak of mad-cow disease (which is not known to occur in sheep in the first place, and definitely didn't occur in theirs). Armed agents invade an upstate New York farm to seize a cooler full of raspberry yogurt. An undercover unit breaks up an interstate trafficking ring -- one devoted to bringing USDA-certified raw milk from South Carolina across the line into Georgia.

You don't have to believe that raw milk is good for you (which is a contentious issue I can't tackle here) to think that the hodgepodge of state and federal regulations covering it -- and numerous other "natural" animal and vegetable products -- is ludicrous. As someone in "Farmageddon" observes, the fast food and processed food that renders so many Americans morbidly obese and hastens the deaths of millions is legally available everywhere, but in many states people can't make their own decisions about whether to consume raw dairy products. (E.g., in California you can buy raw milk at the grocery store; in New York or Pennsylvania you have to buy it from a farmer; in Maryland you can't legally buy it at all.)

Canty makes a compelling case that federal and state agricultural officials -- who are supposed to help farmers sell their products, not make their lives miserable -- have fallen way behind the public's growing appetite for locally sourced and artisanal food. But "Farmageddon" also implies that this is because corporate agribusiness is using its friends in government to crush small producers. Given the revolving door between government and industry we absolutely can't rule that out, but Occam's razor suggests that entropy, chaos and bureaucratic thinking are more to blame. Food-safety laws dating to the 1930s and earlier are being enforced alongside those written more recently in response to outbreaks of E. coli and other dangerous pathogens, and regulatory schemes designed to cover billion-dollar corporations fit poorly on small family farms.

No one in "Farmageddon" ever suggests that small producers of raw milk or organic poultry or anything else shouldn't be subject to safety inspection and prudent regulation, only that it might be nice if they weren't subjected to security-state crackdowns for reasons that have little to do with reason or science. "Farmageddon" is an informal sequel to the hit documentary "Food, Inc.," and features several appearances by Virginia farmer Joel Salatin, one of that film's stars and a genuine local-food celebrity. Canty clearly hopes to drive a lobbying campaign aimed at reshaping the regulatory climate to the realities of the organic-mad marketplace. Do I smell a Bernie Sanders-Rand Paul libertarian-socialist bill in the making?

"Farmageddon" is now playing at Cinema Village in New York. It opens July 22 at the Hollywood Theatre in Portland, Ore., and Aug. 26 at the Gene Siskel Film Center in Chicago. Check website for other cities and one-time screenings.