Celebs dance on the News of the World's grave

Hugh Grant, George Michael and others share their own stories about the tabloid -- and enjoy its comeuppance 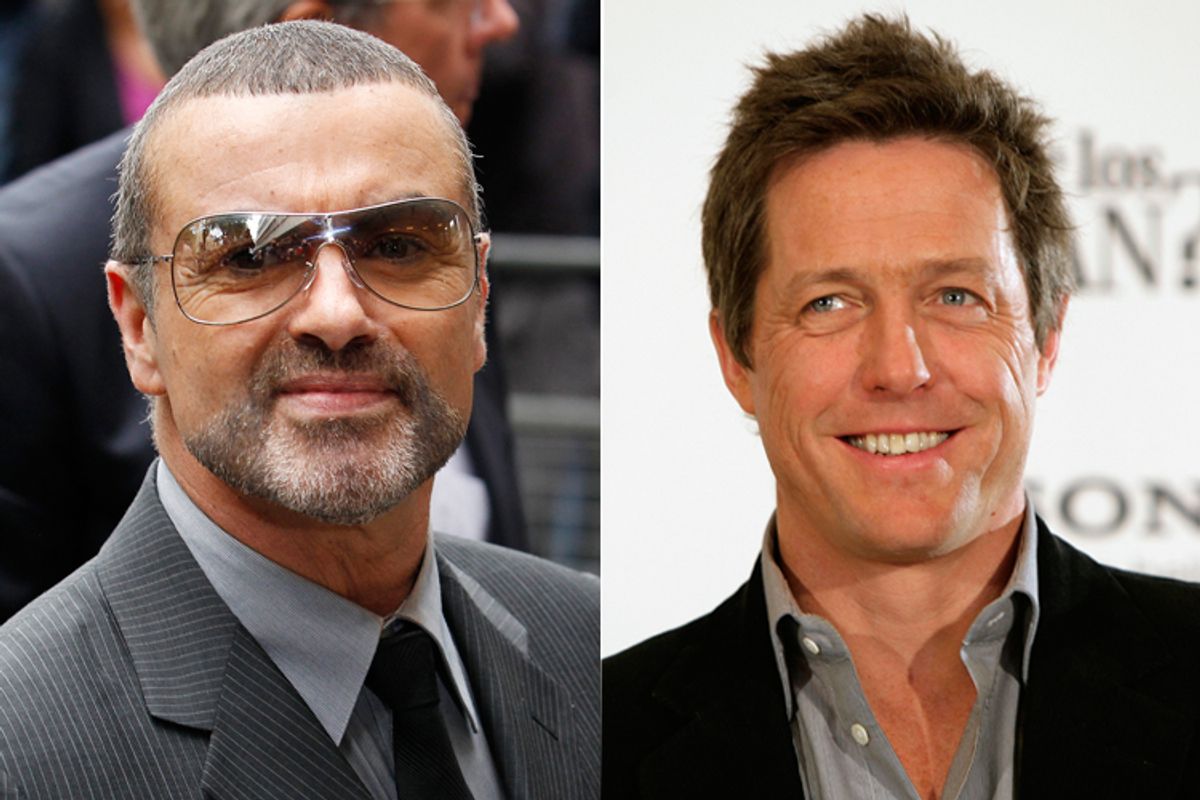 The imminent demise of the News of the World and the criminal investigation of its editor has made this a vindicating week for anyone on the planet who cares about privacy. But it's got to be an especially sweet time to be a British celebrity. As George Michael tweeted Thursday, "Today is a fantastic day for Britain."  Or, as Portishead's Geoff Barrow summed it up, "Ha James Murdoch // what a lying tit."

The Murdoch tabloid's long and apparently blatant phone hacking and privacy-invading chickens have of late been coming home to roost in droves. Last month, after years of investigation and months of litigation, actress Sienna Miller scored a £100,000 settlement from the paper for "systematically, and illegally" intercepting her voicemail. Other alleged victims of the paper's dodgy shenanigans included comic Steve Coogan and members of the British royal family. It's despicable, evil and, duh, illegal to violate anyone's privacy so wantonly. But when a Guardian investigation uncovered evidence that the News of the World had also gone into the private voicemail system of a murdered schoolgirl and the families of dead soldiers, it finally caused the uproar the story deserved.

Actor Hugh Grant has had his own tussles with the NOTW. This week he told the BBC how during a chance encounter with the paper's former features editor Paul McMullan, the man "started boasting about how my phone had been hacked and all of the dirtiest tactics of the News of the World and about their relationship with the police and about their relationship with five successive prime ministers." Months later, Grant says he went to the pub McMullan owned and recorded him admitting to "high, extensive, industrial-scale phone-hacking." McMullan defended his actions on the segment, saying, "It's all part of the game." If your game is being a criminal and a despicable person, sure.

George Michael meanwhile has revealed via Twitter that News International's chief executive "Rebekah Brooks sat two feet from me in my own home and told me that it was never the public that came to them with information..... on celebrities, and that the Police always got there first. I think that's enough to be going on with. (Don't ask me how she got there).. Believe me I didn't invite her." He added, "Rebekah, glad to help :) how does it feel?"

Shock horror: The demise of NOTW will not put the tabloid industry out of business. Nor can the whole shoddy affair be laid at the feet of Fleet Street hacks. It was made possible by private investigators and corrupt cops and clever hackers. But the consequences of screwing around with people's lives may yet have an effect on the insatiable gossip industry -- even on this side of the Atlantic. On Thursday, UCLA Health System agreed to pay an $865,000 privacy violation settlement over compromised patient health records, and two former employees now face criminal charges for illegally accessing files belonging to celebrities like Drew Barrymore, Arnold Schwarzenegger and Tom Hanks. Former UCLA worker Lawanda Jackson has pleaded guilty to selling information from the files of Britney Spears, Farrah Fawcett and others to the National Enquirer.

It seems a crazy, potentially prison-courting, business-belly-upping move to hack into people's private lives, but the past several years, the tabs have gotten away with it because their crimes haven't been taken very seriously. With the shutdown of the NOTW, that may at least slow down, which is good news not just for celebrities but everyone whose family members might wind up killed in a war or become the victim of a crime or find themselves otherwise unwillingly dragged into a news story. And it's encouraging to know that sometimes dirtbags are found out. Or as the former man from Wham! put it Thursday, "You gotta have faith in Karma."