"Jersey Shore" walkouts too good to be true

With Vinny and The Situation both stalking off set, rumors of cast replacement seem more viable. They're not 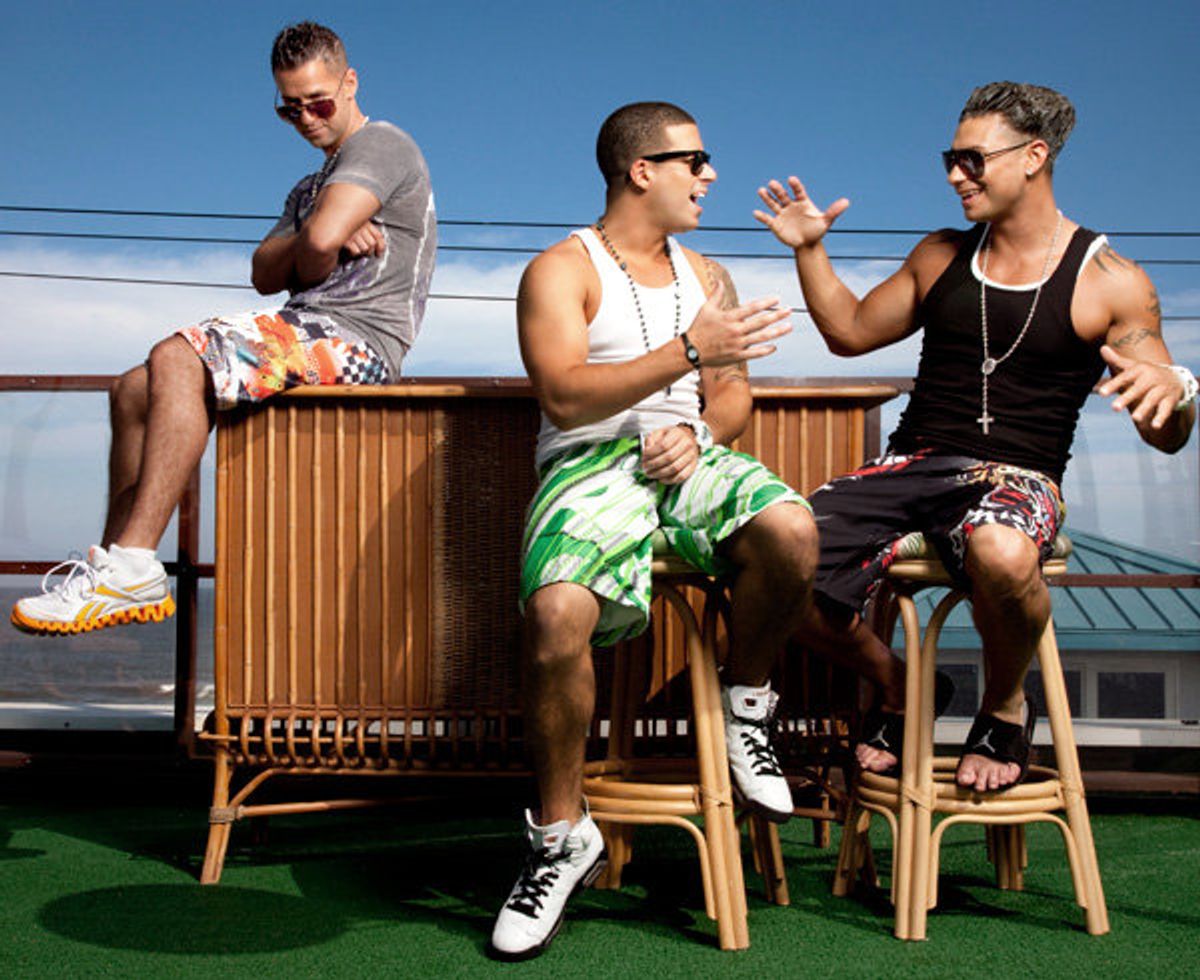 The Situation, Vinny, and Pauly D. in happier times on "The Jersey Shore."
--

Could we finally have a light at the end of the "Jersey Shore" tunnel? After almost all the cast suffered injuries while filming their fourth season in Italy, even some of show's dimmest residents are taking the hint and getting out of Dodge. Or so it would appear…

While MTV is busy filming a fifth season of the "Shore" (since these kids age pretty terribly with all the fake tanning, you have to keep them churning out drama before they end up looking like dried fruit), Vinny Guadagnino, or "the smart one" has apparently walked off the set. Sources claim he was burnt out, and who wouldn't be? Luckily for the show, Vinny's role has always been the eye-roller, which isn't really necessary for the usual plotlines of sex and violence. But now Us Weekly is reporting that Michael Sorrentino, a.k.a. "The Situation," has also walked out.

He's so over the whole thing," the insider says of the 29-year-old reality star. "I don't think he's coming back. Everyone in the house is so unhappy."

Since The Situation is one of the two real linchpins of the show (along with Snooki), it would be difficult for MTV to replace him. There have even been murmurings, denied by the network, that the whole cast is being replaced!

Does that mean we get to shut it down now? Time for the party hats!

Sorry, kid, I wouldn't blow up those balloons quite yet. The Situation and his ridiculous salary are still beholden to MTV, as he – along with several other cast members – have their own spin-off shows in the works.  And considering how many times this drama of a housemate leaving has resulted in their returning (Angelina after the first season, Sammi in the middle of the third), this may very well just be more marketing for an episode arc that's still months away from making it onto the airwaves.