This week we're on the fence about: Rob Lowe as Drew Peterson, Shia LaBeouf's film about Marilyn Manson, and more! 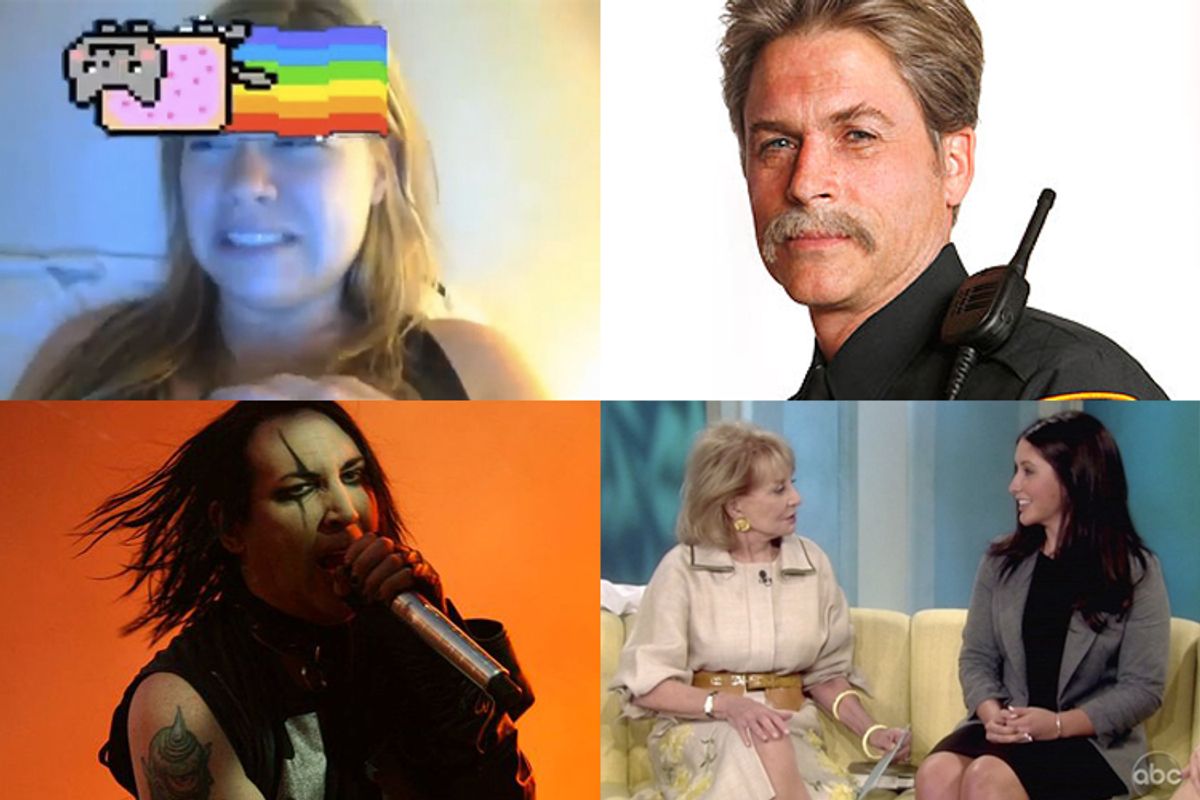 Casey Anthony. Rupert Murdoch. South Sudan. OK, have you got that out of your system yet? Good, because it's time for our weekly roundup of the cultural news that will really have you going "Oh. That's… weird?" Continue if you dare.

1. Lady Gaga's dark secret: Biographer Ian Halperin is telling the world that Gaga is a sick drug addict who is obsessed with her weight.  OK, but is she really bisexual??

2. Bristol Palin questioned on "stolen virginity": Barbara Walters calls out the memoirist for her description of her first time having sex with Levi Johnston. Walters: "It must have been OK, because you kept on having sex with him, yeah?"

3. Rob Lowe as Drew Peterson in a new Lifetime movie: Apparently it took nine hours to do this amazing makeup transformation… of affixing a fake mustache to Lowe's face.

4. The return of the eHarmony cat lady: Once more, with feeling! (And keyboard cats.)


5. LeAnn Rimes back to being semi-nude on the Internet: But this time it's OK, because she's tweeting about her curves while in a bikini. Now no one will dare call her skinny! I'm not going to lie, this is a very good investigative piece, but I honestly assumed that all of these kinds of ads are scams. It would be kind of weird if it turned out that someone was actually trying to give away a completely free weight-loss system via annoying Internet pop-ups.

Poor Neil. I kind of want to pair him up with the whiz kid from "Magnolia" and have them hang out and be best friends and sing Aimee Mann songs together.

9. They are recasting the baby from "Modern Family": The twins who played Lily are getting dumped, probably for the Olsens.

10. What infamous dictator does this bug look like?: I'm going with Pol Pot.