Return of the new fantasy king: "A Dance With Dragons"

Fans of "Game of Thrones" can rejoice: George R.R. Martin is back with "A Dance with Dragons," and he's scary good 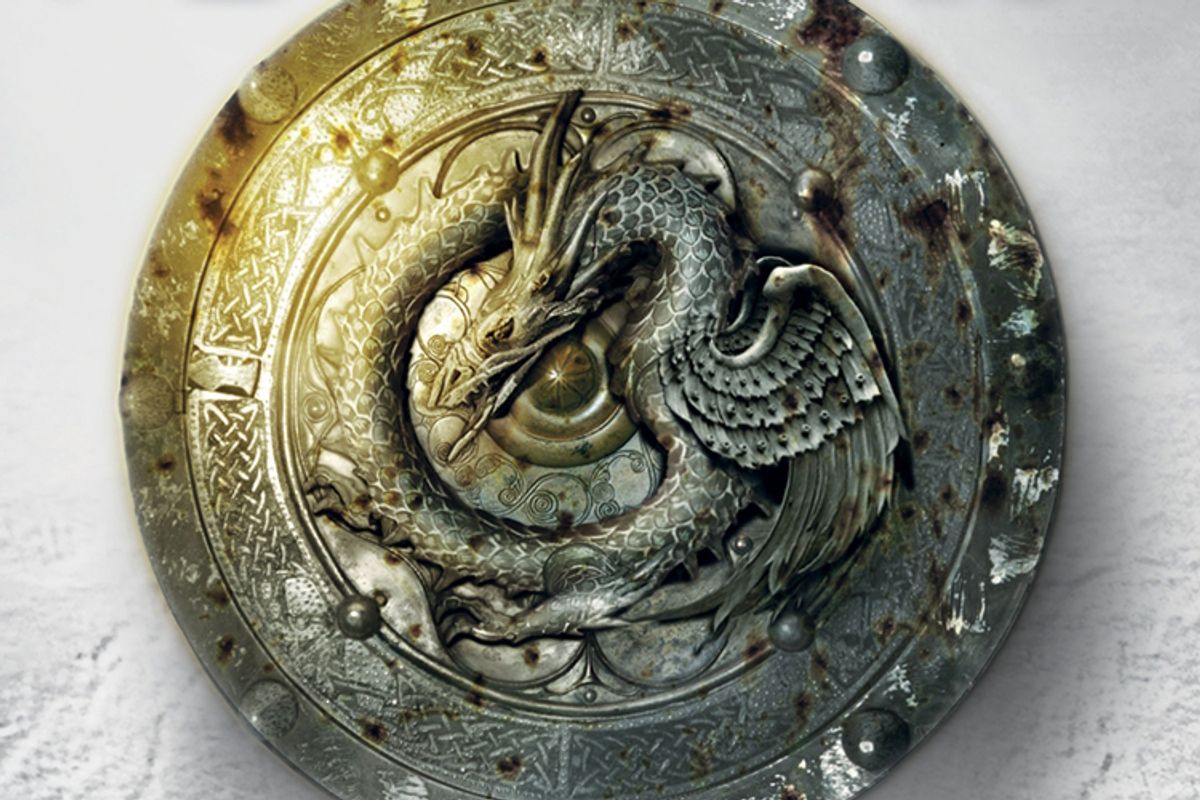 A detail from the cover of "A Dance With Dragons"
--

It's been almost six years since the publication of "A Feast for Crows," the fourth volume in George R.R. Martin's epic fantasy saga, "A Song of Ice and Fire." It's been a whopping 11 years since the arrival of the third volume, "A Storm of Swords" -- the last truly satisfying installment in the series. But once again, with anticipation driven to new heights after the successful first season of HBO's adaptation, "Game of Thrones," the waiting is finally over. Volume five, "A Dance with Dragons," arrives in bookstores on July 12. It is a triumphant return to form: everything a Martin fan could want from a fantasy novel.

Which is both a promise ... and a threat.

I cracked open the pages of this 1,016-page monster with no small dose of trepidation. When high expectations are combined with years of deferred gratification, readers are thrust onto a vulnerable precipice. Like many early-adopting fans of "A Song of Ice and Fire," I had been disappointed by "A Feast for Crows," a reaction that was all the more painful after so many years spent in a state of increasingly feverish anticipation. I did not want to repeat that experience.

But there was still hope, because an obvious part of the problem with "A Feast for Crows" was structural. One of the great attractions of "A Song of Ice and Fire" is the multiplicity of internal story lines involving dozens of major characters that play out simultaneously in real time. But as Martin explained, he reached a point at which the writing process had become so unwieldy that, in the interest of finally getting some product onto bookshelves, he and his publisher decided to strip out the narrative lines of several key characters and save them for the next volume. Unfortunately, the characters who vanished from the stage -- for the time being -- were, at least by my measure, Martin's most compelling creations: Tyrion, the coarse, misshapen and yet brilliant dwarf whom nearly the entire world believes to be irredeemably evil but who is in fact a truer knight than most of his more able-bodied peers; Jon Snow, the bastard son of the Lord of Winterfell who has left behind a realm devolving into squabbling feudal chaos to commit himself to war against an enemy that most of his countrymen don't even believe exists; and Daenerys, the dragon queen, liberator of slaves, born both to rule men -- and tantalize them.

I don't care how good a writer you are: If you subtract your three strongest characters from your tale, you severely undermine the basis for why readers fell under your spell in the first place. It didn't work. It was like watching "The Sopranos" without Tony, or the original "Star Trek" without Spock. What's the point?

After a prologue, the first three chapters of "A Dance with Dragons" are devoted, in succession, to Tyrion, Daenerys and Jon. Problem, solved.

But there was also a sense in "A Feast of Crows" that Martin had lost his way. The characters whose stories he did tell wandered back and forth across a landscape devastated by war and oncoming winter, but didn't seem to be headed anywhere in particular. As Laura Miller noted in her terrific New Yorker article exploring the relationship between Martin and his fans, some readers began to suspect that Martin might not have the firmest grip on his own narrative. He was making it up as he went along! They accused him of perpetrating the greatest bait-and-switch in the history of epic fantasy -- amassing a readership of millions via his first three tremendous novels but then leaving them high and dry while he partied at conventions and counted his royalty checks.

We won't know until the end of the saga whether Martin will succeed in weaving every thread in his extraordinarily complex tapestry into a neat and fully satisfying conclusion. But for now, that doesn't matter. "A Dance with Dragons" delivers what readers really crave from Martin -- not closure, but instead, a sense of total immersion in a world in which the lines between good and evil, chivalry and betrayal, success and failure are blurred and morally ambiguous. It isn't easy being a hero in "A Song of Ice and Fire." It may be impossible. But that's what makes "A Song of Ice and Fire" great.

It would be a disservice to dedicated readers of "A Song of Ice and Fire" -- the kind of people who would be interested in a review of the fifth volume of an ongoing saga, to reveal any details that could be construed as spoilers. But here's what I can tell you: I wanted to savor this book slowly. Knowing that it would be years before Martin delivered volume six, I wanted to sip "A Song of Ice and Fire" as if it was the finest wine, instead of chugging it like cheap beer. Most fantasy novels are the stuff of easily disposable escape, but -- and this was especially true once I was convinced of its quality -- "A Dance with Dragons" felt like serious business, not to be trifled with.

I failed. All the cliches apply. I couldn't put it down. Late at night, into the wee hours, I would tell myself: just one more chapter, and then, again and again, break my own vow. I was like a hospital patient who keeps clicking on the morphine feed, a binge reader addicted to Martin crack. I was lucky my children were out of town, or I would have been feeding them stale potato chips and allowing them unlimited screen time. I was Martin's bitch.

Those who can still remember the experience of reading the first few volumes of "A Song of Ice and Fire" for the first time may understand what I'm talking about. He's baaaack.

But make no mistake, "A Dance with Dragons" is no joy ride. Daenerys discovers that it is far more difficult to rule than conquer -- and that dragons are not to be trifled with. Tyrion plumbs new depths in personal humiliation. The challenges Jon Snow faces attempting to hold together an unlikely coalition at the mighty Wall that is the first and last line of defense against the unworldly marauders from the far North are fraught with peril. Betrayal piles upon betrayal like logs thrown onto a bonfire, itching to burst into a conflagration of death and treachery. The deeper one penetrates into the plot, the more an eerie sense of tension starts to build. The reader begins to realize, hey, maybe things aren't going to work out so great for everybody. Maybe the return of Jon, Tyrion and Daenerys is a mixed blessing. Do I really want to see this through?

And therein lies another key to Martin's greatness, to what separates him from all his peers. By the fifth volume of "A Song of Ice and Fire," Martin has unimpeachably established his street cred as the most ruthless writer of popular fantasy alive. Martin, we know, with a sick feeling in our stomachs, has no qualms about killing off major characters, or twisting narrative arcs from glory into degradation. Every character has their own sword of Damocles hanging over them. Turn the page and watch it fall.

The result is foreboding. I couldn't stop reading Martin because my desire to know what was going to happen combined with my absolute inability to guess what would happen and left me helpless before his sorcery. At the end, I felt shaken and exhausted.

I can't recall the last time a work of science fiction or fantasy had that kind of effect on me. I'm almost glad that it will be years before I have to do this all over again. Because it will take me years to recover.