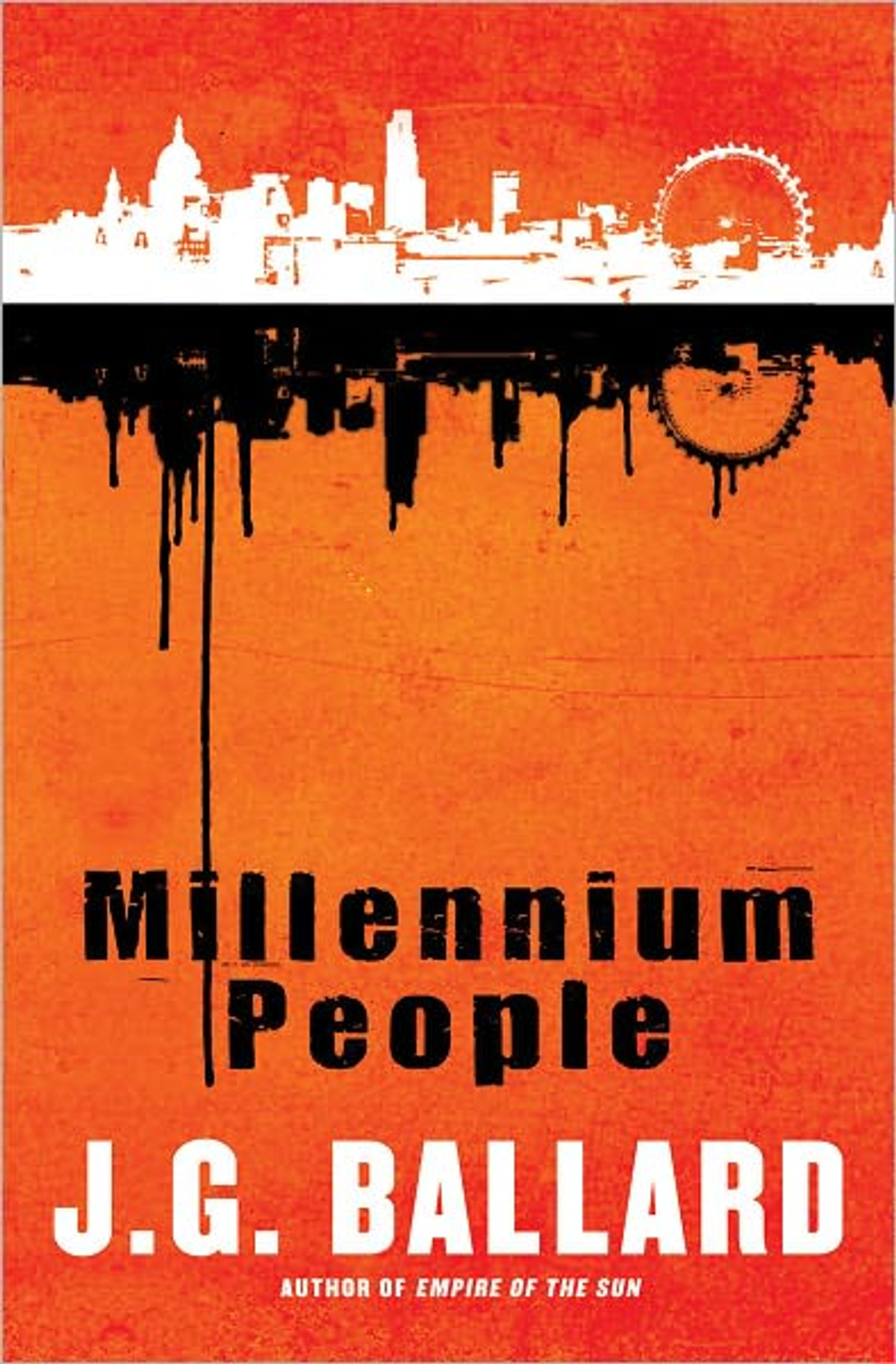 In this, his last novel, the darkly comic "Millennium People," J.G. Ballard returns to many of the themes that have established him as one of the 20th century's principal chroniclers of modernity as dystopia. Throughout his career Ballard, who died in 2009, wrote many different variations on the same theme: A random act of violence propels a somewhat affectless protagonist into a violent pathology lurking just under the tissue-thin layer of postmodern civilization. As in "Crash" (1973) and "Concrete Island" (1974), the car parks, housing estates, motorways and suburban sprawl of London in "Millennium People" form a psychological geography. At its center, Heathrow Airport -- a recurrent setting for Ballard -- exerts its subtly malevolent pull on the bored lives and violent dreams of the alienated middle class.

"Millennium People" begins with the explosion of a bomb at Heathrow, which kills the ex-wife of David Markham, an industrial psychologist. The normally passive Markham sets out to investigate the anonymous bombing and the gated community of Chelsea Marina, a middle-class neighborhood that has become ground zero for a terrorist group and a burgeoning rebellion of London's seemingly docile middle class. Exploited not so much for their labor as for their deeply ingrained and self-policing sense of social responsibility and good manners, the educated and professional residents of Chelsea Marina regard themselves as the "new proletariat," with their exorbitant maintenance and parking fees as the new form of oppression, their careers, cultured tastes and education the new gulag.

In the company of a down-and-out priest and a film professor turned Che Guevara of the Volvo set, Markham quickly discovers that the line between amateur detective and amateur terrorist is not so clear, as he is drawn deeper into acts of sabotage and violence against the symbols and institutions of his own safe and sensible life. Targets include travel agencies, video stores, the Tate Modern, the BBC and National Film Theater -- all "soporifics" designed to con people into believing their lives are interesting or going somewhere.

Like "Crash" -- in the person of Vaughn, the deranged prophet of auto-Armageddon -- "Millennium People" features a messianic and charismatic leader who acts as Virgil to the protagonist's Dante. Here, the psychotic pediatrician Dr. Richard Gould emerges as the dangerous mind behind the Chelsea Marina rebellion and its parallel bombing and vandalism campaign, a new form of terrorist violence that draws its power from the absence of any real motive. Rather than shocking the middle classes out of their complacency, with these attacks Gould desires nothing less than the destruction of the 20th century itself, which he sees as a black hole in history pulling Western civilization ever closer to absolute zero. Culminating with a senseless killing that that closely mirrors the real-life murder of British TV presenter Jill Dando, these spasmodic destructions are emblematic of a perverse collaboration of terrorist and victim, in which "the most pointless acts" are the only way to "challenge the universe at its own game."

In his work Ballard has depicted a future -- and now a present -- with disturbing prescience and clarity. Posthumously released in America, "Millennium People" arrives at a time when the foundations that support our own middle classes feel more unsettled than ever, and the specters of apocalyptic obsession and the nihilism of consumer culture all bear an increasing resemblance to the world Ballard has been creating in one fiction after another -- or perhaps warning us about.

MORE FROM Will Menaker