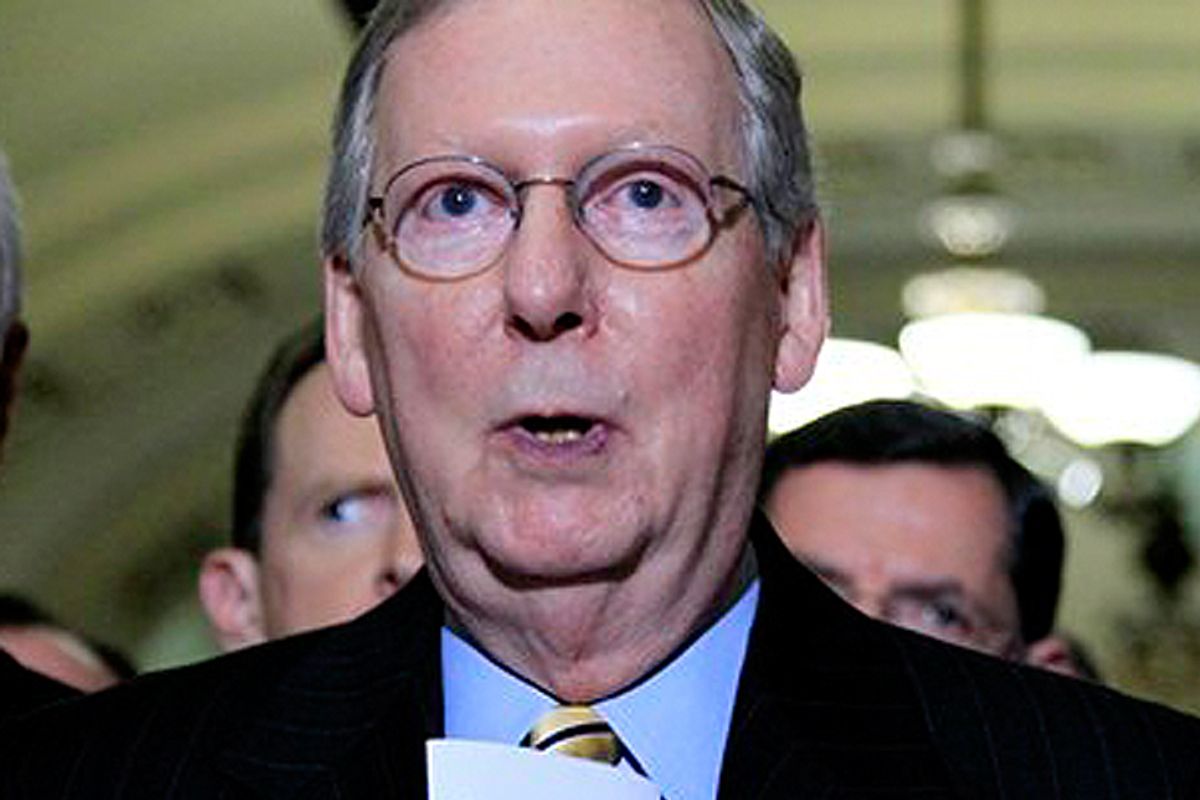 "These are not American citizens. We just found with the Caylee Anthony case how difficult it is to get a conviction in a U.S. court," McConnell told "Fox News Sunday." "I don't think a foreigner is entitled to all the protection in the Bill of Rights. They should not be in U.S. courts and before military commissions."

Thanks to the minority leader for demonstrating exactly why so many people couldn't figure out that my jokes about Republicans responding to the Casey Anthony verdict were meant to be... jokes. I should know by now that there is no joking when it comes to the shamelessness and venality of these guys.